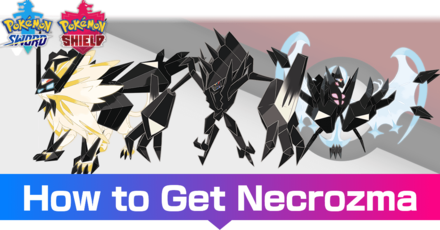 This is a page on the Pokemon Necrozma, including its learnable moves, its Dusk and Dawn Forms, and where it can be found in Pokemon Sword and Shield. Read on for information on its evolutions, abilities, type advantages, and location.

How to Get Necrozma

Catch in a Dynamax Adventure 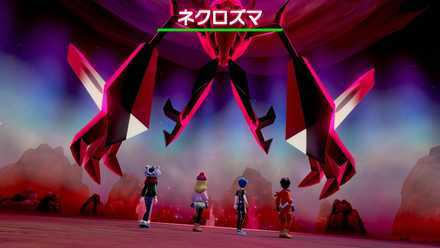 Necrozma, along with other legendaries and Ultra Beasts, becomes available once you've completed the main game's post-game and the story of Isle of Armor and Crown Tundra. While entirely up to RNG, it can be found as the final encounter of a Dynamax Adventure.

You can also obtain Necrozma by transferring it from Pokemon's new cloud service, Pokemon HOME, to the game.

How to Change Necrozma's Form 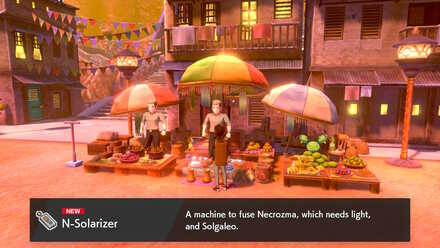 By fusing with the Legendary Pokemon, Solgaleo or with Lunala, using the items N-Solarizer or N-Lunarizer, Necrozma can take on either of the two forms respectively: Dusk Mane Necrozma, or Dawn Wings Necrozma.

Note: Both items are available for either version of the game.

Base Stats of Necrozma

Necrozma can use Solgaleo and Lunala's signature moves depending on its forme:

When Necrozma goes back to its original forme, the corresponding special move becomes Confusion.

In order for us to make the best articles possible, share your corrections, opinions, and thoughts about 「Necrozma - Evolutions, Location, and Learnset | Crown Tundra DLC | Pokemon Sword and Shield」 with us!