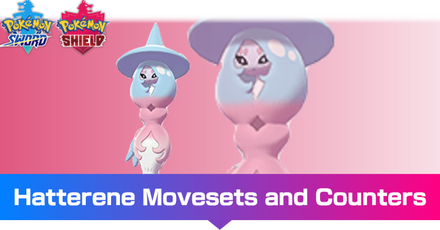 This is a strategy guide for using Hatterene in competitive play for the games Pokemon Sword and Shield. Read on for tips on the best Nature, EV spreads, Movesets, and Held Items to use with Hatterene, as well as its strengths and weak points.

How to Learn Hatterene's Egg Moves 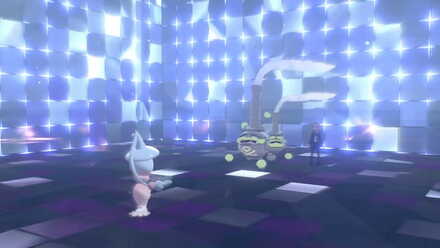 This build takes advantage of Hatterene's Ability Magic Bounce to block the effects of status moves such as Taunt, allowing it to pull off Trick Room without fail. With its high Special Attack and low Speed, it's able to come into its own as an attacker after Trick Room comes into play.

The new move Misty Explosion from Isle of Armor is added as it can be used as an immediate exit after setting up Trick Room and switching to a follow-up attacker.

HP and Defense EVs are adjusted in a way so that Hatterene can survive Excadrill's Iron Head even without holding Focus Sash or Babiri Berry. With this, Trick Room will be easy to set up against Ghost-type opponents as long as Hatterene is holding a Kasib Berry.

Mystical Fire can't knock out Excadrill, but as it can set up Trick Room without fail against Excadrill, use it do deal damage, then switch in a slow hitter while Trick Room is in play to go for the finishing blow.

In addition to the mainstay Focus Sash, Babiri Berry and Kasib Berry are also possible choices as they will allow Hatterene to survive an attack from Steel- and Ghost-type opponents to set up Trick Room. 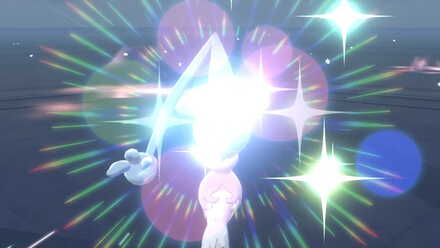 Hatterene's high Special Defense can be taken to the next level with Assault Vest, allowing an already-strong special attacker to go up against more opponents with confidence. By placing it together on a team with Physical defenders, you'll be able to switch in and out while always having something on deck that can weather a hit.

How to Use Hatterene Effectively

A slow-footed hitter heavy on both attack and defense

Hatterene is well stocked in both special attack and special defense, allowing it to survive a beating from a special attacker and keep on fighting. With its low speed, it's a match made in heaven for Trick Room, as unlike most Trick Room users, it's primed to both set up Trick Room and take advantage of its effects itself.

A holder of the status effect-blocking Magic Bounce Ability

Magic Bounce not only prevents Hatterene from being crippled by status moves like Taunt, Will-o-Wisp, and Thunder Wave, but reflects their effects back at the user. This makes it difficult to limit Hatterene's actions, and even discourages the opponent from using status moves against its teammates, as Hatterene could switch in and reflect their effects.

How to Build a Team with Hatterene

Hatterene is an good choice for a special attacker if you're looking for a Pokemon that can sweep as well as synergize with the rest of your team with its ability and support moves.

Hatterene is an effective lead for Trick Room teams in Singles thanks to its low speed and and immunity to Taunt courtesty of its Magic Bounce ability.

It can also function as an effective sweeper after Trick Room has been set up thanks to its high special attack, excellent dual STAB typing, and great special movepool.

Hatterene works wonders in Doubles where it can function as a terrifying wallbreaker and sweeper under Trick Room thanks to its massive special attack stat and great coverage moves.

What sets it apart from other Trick Room sweepers is that it can fill the role of a secondary Trick Room setter for your team. People often switch to a faster counter when they know Hatterene is in the team.You can use this to your advantage to force your opponent to switch, and then safely set up Trick Room for the rest of your team!

Check out our Doubles team building article below to learn how to use Hatterene as part of a Doubles Trick Room team. 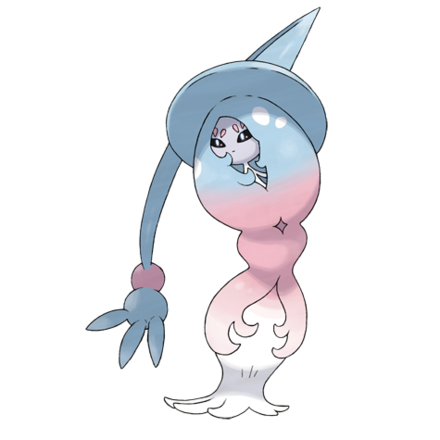 Use an ace Physical attacker to one-shot it

Despite its high defense and special Defense, Hatterene has a pitiful 57 base HP. As its defense is slightly lower than its special defense, a physical attacker is a better choice to aim for a knockout blow.

In particular, a weakness to Steel makes it particularly vulnerable to a wide range of Steel-type physical hitters.

Post (0 Comments)
Opinions about an article or post go here.
Opinions about an article or post
We at Game8 thank you for your support.
In order for us to make the best articles possible, share your corrections, opinions, and thoughts about "Hatterene - Moveset & Best Build for Ranked Battle" with us!
When reporting a problem, please be as specific as possible in providing details such as what conditions the problem occurred under and what kind of effects it had.