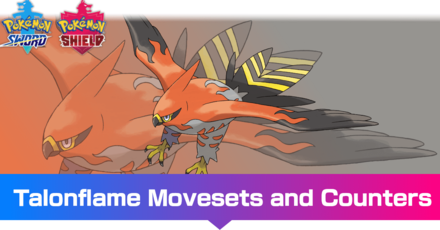 This is a strategy guide for using Talonflame in competitive play for the games Pokemon Sword and Shield. Read on for tips on the best Nature, EV spreads, Movesets, and Held Items to use with Talonflame, as well as its strengths and weak points. 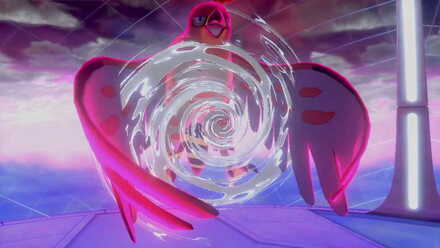 With its Hidden Ability Gale Wings, Talonflame is able to use Flying-type Moves with priority while at full health. This build adds Life Orb to allow it to deal even more damage. When Dynamaxed, it can use Max Airstream together with Gale Wings to hit with priority and deal extreme damage from the outset.

How to Use Talonflame Effectively

Thanks to its Ability Gale Wings, Talonflame can hit first with Max Airstream, making it a Dynamax ace. Steel Wing can change into Max Steel, which can also raise its Defense, enabling it to go toe-to-toe with Physical attackers.

How to Build a Team with Talonflame

Talonflame's niche in the metagame is limited to either supporting teams with priority boosted Max Airstream or as a revenge killer.

With proper teambuilding and a partner that can heal its HP, the Scorching Pokemon can threaten opposing teams with its STAB moves.

Although Talonflame isn't the monstrous revenge killer it was in previous generations, it still has a niche in the current metagame as a strong Dynamax Lead thanks to its access to Max Airstream.

Talonflame's main role is to Dynamax as soon as possible and fire strong, priority Max Airstream- with the speed boost ensuring that it can still outspeed its checks even if its not at full HP anymore.

Vaporeon is a great partner for Talonflame and serves as this team's defensive pivot. More importantly, it can use and pass Wish back to Talonflame to heal it and restore its Gale Wings Ability.

Nidoking rounds off this team by providing strong special move coverage as well as immunity to Electric-types that both Talonflame and Vaporeon are weak to. 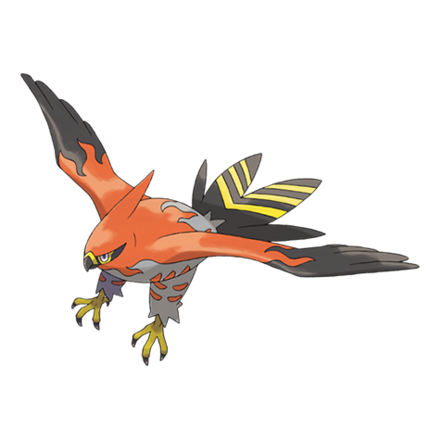 As Talonflame is a Fire/Flying type, it suffers from a 4x weakness to Rock-type moves. If you set up Stealth Rock, it will take out half of Talonflame's health as soon as it switches in, and on top of that it will prevent it from utilizing the effects of Gale Wings.

Post (0 Comments)
Opinions about an article or post go here.
Opinions about an article or post
We at Game8 thank you for your support.
In order for us to make the best articles possible, share your corrections, opinions, and thoughts about "Talonflame - Moveset & Best Build for Ranked Battle" with us!
When reporting a problem, please be as specific as possible in providing details such as what conditions the problem occurred under and what kind of effects it had.