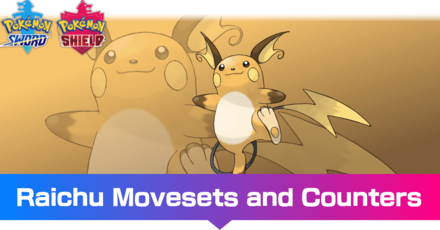 This is a strategy guide for using Raichu in competitive play for the games Pokemon Sword and Shield. Read on for tips on the best Nature, EV spreads, Movesets, and Held Items to use with Raichu, as well as its strengths and weak points. 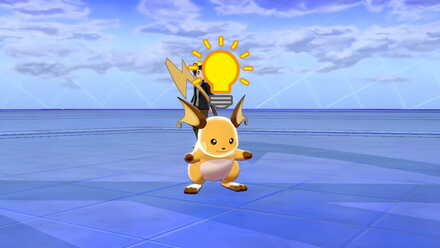 Raichu has a niche in the current metagame as a fast Nasty Plot sweeper for teams that are in need of Electric-type coverage. It's Lightning Rod Ability also lets it fill the role of a pseudo-offensive pivot for offensive rain teams that need an Electric-type immunity.

Nasty Plot is Raichu's boosting move, increasing its Special Attack by 2 stages. Since Raichu is very frail, it's best used when you predict a switch such facing an opposing Electric-type Pokemon.

Thunderbolt is its main STAB move and is a strong, reliable Electric-type STAB that still hits reasonably well even without a Nasty Plot boost.

It's last two moves are for coverage. Surf hits Ground-types that are immune to Thunderbolt, as well as Fire-types like Heat Rotom.

Grass Knot allows Raichu to hit dual Water/Ground types, and is very effective against heavier defensive Pokemon such as Quagsire, Swampert, and Gastrodon.

We're using a simple special attacking EV spread for this Raichu, with full investment in Special Attack and Speed and 4 HP EVs to round off its meager bulk.

Lightning Rod is Raichu's best Ability, giving it immunity to Electric-type moves and boosting its Special Attack by 1 stage.

This move also draws all Electric-type moves to Raichu in Doubles.

Focus Sash ensures it can get at least one Nasty Plot and allows it to function as a lead.

Life Orb boosts the power of Raichu's moves by 30% at the cost of some recoil damage. 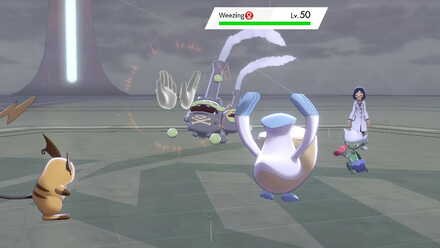 Fake Out is Raichu's scouting move and provides great early match utility, allowing you to interrupt opposing Pokemon and potentially break their Focus Sash or Sturdy.

Helping Hand is Raichu's main way of supporting its teammate, boosting the power of their next move by 50%.

Electroweb is this build's main STAB move, hitting both opposing Pokemon and lowering their Speed stat by one stage.

It's last move is Flail and works well with Focus Sash. With 1 HP remaining, this move has a Base Power of 200 and hits very hard even with an Attack hindering nature.

We're using a simple special attacking EV spread for this Raichu, with full investment in Special Attack and Speed and 4 Sp.Def EVs to round off its meager bulk.

Focus Sash ensures that Raichu can use Helping Hand or Electroweb at least one during the second turn of the battle.

How to Use Raichu Effectively

A Fast Support Pokemon in Doubles

Raichu has a niche in the Doubles Metagame as a fast lead support Pokemon. Access to Fake Out and Helping Hand allow it to interrupt and scout opposing teams and support its teammate by boosting its moves.

A Fast but Frail Special Attacker

Raichu's great Speed stat and access to Nasty Plot make it a great setup sweeper, but often requires effective team support due to its fraility. It's a glass cannon at best, but when given the chance, can provide the team with powerful Electric-type coverage.

How to Build a Team with Raichu

Raichu is a relatively difficult Pokemon to fit into a team due to its rather limited utility outside of its immunity to Electric-type moves. Despite this, it can provide great coverage with the right support and team building.

Use it as a Lead Support Pokemon in Doubles

Raichu faces some competition as a lead Pokemon in Doubles from true support Pokemon that boasts greater bulk and redirection support, such as Amoonguss and Indeedee (Female).

To differentiate Raichu from other support Pokemon, it's best used as a jack-of-all-trades type of support Pokemon - scouting with Fake Out, boosting with Helping Hand, and providing speed control with Electroweb.

Setup sweepers like Galarian Zapdos appreciate Pokemon like Raichu that can provide Fake Out support. With an interrupt from Fake Out, Galarian Zapdos can safely set up with Bulk Up and then Dynamax on the next turn.

Raichu also redirects Electric-type moves directed at Galarian Zapdos, preventing it from getting KO'd in the early game.

The rest of the team provides backup support and coverage. Indeedee (Female) and Alakazam synergize well with each other as the former sets up Psychic Terrain that will boost the latter's Expanding Force.

Use it as a Pivot in an Offensive Team

Raichu has a place in offensive-oriented teams as a pseudo-pivot - essentially functioning as a switch in to cover its team's Electric-type weakness.

Galarian Moltres synergizes well with Raichu as it provides the Mouse Pokemon with a key immunity to Ground-type moves.
How to Build an Offensive Team 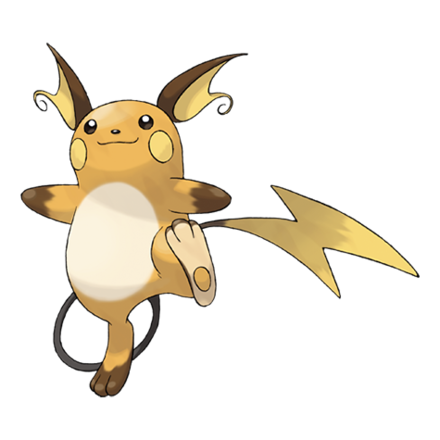 Outspeed it with a Faster Pokemon

Despite its great Speed stat, there are many Pokemon that easily outspeeds Raichu and can take advantage of its low defenses. When faced with these attackers, Raichu needs to switch out or risk getting KO'd.

Check it with a Ground-type in Doubles

In the Doubles Battle Format, where Raichu's movepool is more limited, it struggles against Ground-type Pokemon and will always need to switch out or risk getting KO'd. It has an especially difficult time facing Ground-type support Pokemon that can shrug off a Fake Out and retaliate on the next turn.

In order for us to make the best articles possible, share your corrections, opinions, and thoughts about 「Raichu - Moveset & Best Build for Ranked Battle | Pokemon Sword and Shield」 with us!