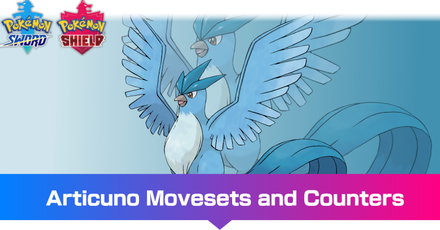 This is a strategy guide for using Articuno in competitive play for the games Pokemon Sword and Shield. Read on for tips on the best Nature, EV spreads, Movesets, and Held Items to use with Articuno, as well as its strengths and weak points. 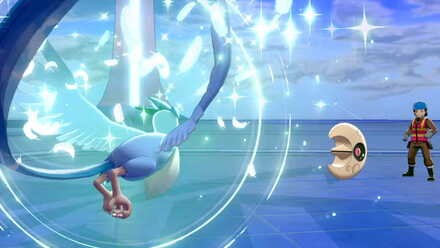 Great mixed defenses and reliably recovery make Articuno a great choice to fill the role of Pressure Staller in a dedicated Hail Team.

Substitute is what allows Articuno to stall with its Ability, and it also prevents it from getting hit by status moves. Roost is its recovery, and also gets rid of its secondary Flying-type for the turn it used it.

Freeze-Dry is its only attacking move. While relatively weak, it hits Water-types for super effective damage. It's last move is Hail, allowing Articuno to reset the weather condition once it runs out.

We're using a mixed Defensive set for this Articuno. 248 HP EVs and 160 Sp.Def EVs make it as bulky as possible on its special side, while 96 Speed EVs ensure it outruns slower sweepers and walls. The remaining 4 EVs are placed in Defense to round off its bulk.

This build revolves around Articuno's Pressure ability, which causes the opposing Pokemon to lose 2 PP instead of 1.

We're giving Articuno Heavy-Duty Boots to protect it from Stealth Rock, which would otherwise cut its HP in half.

How to Use Articuno Effectively

Articuno's reliably recovery and Pressure Ability makes it a dangerous stall Pokemon in a dedicated Hail Team. The combination of Substitute, Pressure, and the residual damage from Hail can whittle down the opposing team and force switches, especially if they like an Articuno counter.

How to Build a Team with Articuno

Articuno only has a niche in dedicated Hail Teams where it fills the role of a Pressure staller.

Stall the Opposing Team with Pressure

Articuno faces some competition from Mandibuzz as a specially defensive wall in Hail. Instead of using it as a defensive Pokemon, it's better used as a dedicated staller.

Articuno has great defensive synergy with, Reunicules and Clefable who both cover the Freeze Pokemon's defensive shortcomings. In turn, Articuno is usually switched in when the team faces a bulky Water-type Pokemon looking to wall Galarian Darmanitan, such as Toxapex or Jellicent. 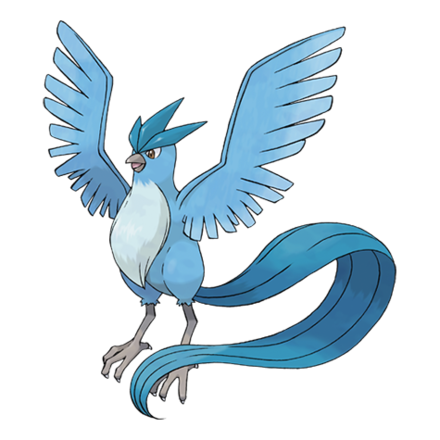 Counter it with a Fire-type

Articuno lacks a reliable way to handle Fire-types. The Freeze Pokemon is particularly vulnerable to faster physical Fire-types that can easily overpower and outright KO the Legendary Bird.

In order for us to make the best articles possible, share your corrections, opinions, and thoughts about 「Articuno - Moveset & Best Build for Ranked Battle | Pokemon Sword and Shield」 with us!