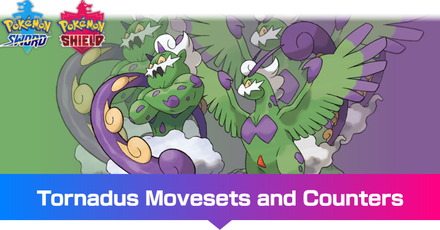 This is a strategy guide for using Tornadus in competitive play for the games Pokemon Sword and Shield. Read on for tips on the best Nature, EV spreads, Movesets, and Held Items to use with Tornadus, as well as its strengths and weak points. 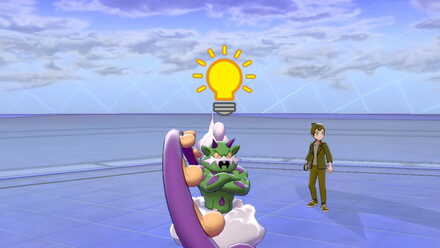 Tornadus' Incarnate Forme is a formidable sweeper in Rain. Though not as outright threatening as its counterpart, Thundurus, it's ability to fire 100% accuracy Hurricanes in Rain makes it a terror to slower teams.

Nasty Plot boosts Tornadus' Special Attack by 2 stages, and will always go first thanks to its Ability. Hurricane is its main STAB move and gets perfect accuracy in Rain and also boasts a 30% chance to inflict confusion.

It's remaining moves are for coverage. Weather Ball becomes a base 100 Water-type move in rain, while Focus Blast lets it hit Steel-types that take little damage from its Flying-type STAB.

We're using a basic special attacking EV spread with full investment in Special Attack and Speed, with the remaining 4 EVs placed in Defense to round off its bulk.

Prankster is the preferred ability for this Tornadus as it gives Nasty Plot a +1 priority boost.

Life Orb boosts the power of Tornadus' moves by 30% at the cost of some residual damage. 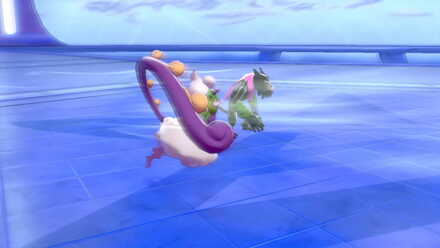 A physical attacking Torndaus is an effective lead in Doubles where it can surprise its usual counters and take advantage of the common Intimidate users that are very common in the battle format.

Acrobatics is its strongest STAB move and, with the right partner that can trigger its Weakness Policy, becomes a base 110 move once it consumes the item.

Lash Out is a good neutral move that becomes a 150 Base Power Dark move if its stats get lowered. Brick Break is another coverage move that lets Tornadus hit Rock and Steel-types. It's last move is Tailwind which, while not boosted by Prankster, lets Tornadus support its team when it's not attacking.

We're using a basic physical atacking EV spread with full investment in Attack and Speed, with the remaining 4 EVs placed in Defense to round off its bulk.

Defiant boosts Tornadus' Attack by 2 Stages when its stats are lowered. When facing an Intimidate user, it gets a +1 Attack.

This build is primarily used when Tornadus is partnered with Kyogre, taking advantage of its Drizzle Ability while supporting it with Tailwind.

With Tornadus as your lead, Tailwind allows your team to be faster by doubling their Speed once it is up. This synergizes well on teams with sweepers to outspeed opposing Pokemon.

Taunt allows Tornadus to stop status condition setters from killing your team's momentum while Tailwind is up, avoiding instances where your main attacker will be targeted by moves like Spore or Trick Room being setup.

Hurricane allows Tornadus to deal damage, but suffers from having low accuracy unless you are running Tornadus in a Rain team.

Prankster gives Tornadus' status moves +1 priority, which enables it to use Tailwind immediately.

Focus Sash guarantees Tornadus will be able to use and setup Tailwind without any worries of getting knocked out before it can use it. 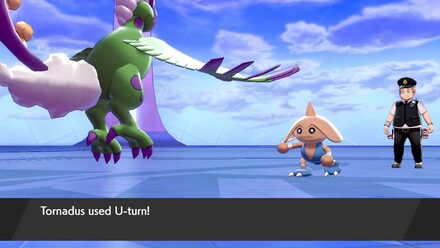 Hurricane is Tornadus' strongest STAB move and has 100% accuracy in Rain. Superpower is its main coverage move, letting Tornadus hit Rock and Steel-type Pokemon that are expecting a pure special attacking Tornadus.

Grass Knot is another coverage move that hits Bulky Ground and Water-types. U-Turn, on the other hand, lets Tornadus quickly pivot away from the battle.

We're using a basic mixed attacking set with full investment in Special Attack and Speed. The remaining 4 EVs are placed in Attack to boost the power of Superpower.

Regenerator is Tornadus Therian Forme's only ability and restores its health by 1/3 of its maximum health when it switches out.

Life Orb boosts the power of Tornadus Therian's attacks by 30% at the cost of some residual damage. This recoild damage, however, is easily patched up by its Regenerator Ability.

How to Use Tornadus Effectively

Special and Mixed Attacking variants of Tornadus, whether it's in its Incarnate Forme or Therian Forme, are formidable sweepers in Rain where it can fire powerful STAB Hurricanes. With high speed and great attacking stats, it's the best counter to Bulky Grass-types that wall Rain Teams.

How to Build a Team with Tornadus

Although it faces some competition from its Electric counterpart Thundurus, both formes of Tornadus are great additions to Hyper Offense teams in both the singles and doubles format thanks to its great neutral STAB and high speed.

The mixed attacking Tornadus Therian Forme is arguably the best choice for offensive pivot in offense-oriented rain teams. With the right team support, it can decimate a Rain Team's usual counters and checks.

Tornadus Therian functions as an offensive pivot between the two choice-locked sweepers in this team, Azumarill and Kingdra. Tornadus' Flying STAB also gives it great neutral coverage and lets it hit Bulky Grass-types that will have no trouble walling Rain Teams. 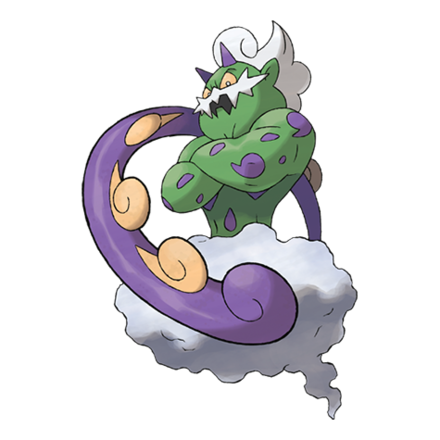 Check it with an Electric-type

Both Incarnate and Therian Formes of Tornadus struggle against Electric-types as it lacks a reliable way to hit them. The most it can do is force it to switch with Hurricane, but it's often forced to switch out itself or risk getting knocked out.

Register as a member and get all the information you want. (It's free!)
Login
Opinions about an article or post go here.
Opinions about an article or post
We at Game8 thank you for your support.
In order for us to make the best articles possible, share your corrections, opinions, and thoughts about "Tornadus - Movesets & Best Build for Ranked Battle" with us!
When reporting a problem, please be as specific as possible in providing details such as what conditions the problem occurred under and what kind of effects it had.