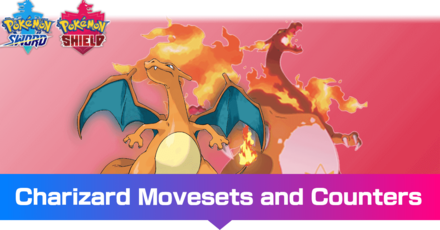 This is a strategy guide for using Charizard in competitive play for the games Pokemon Sword and Shield. Read on for tips on the best Nature, EV spreads, Movesets, and Held Items to use with Charizard, as well as its strengths and weak points. 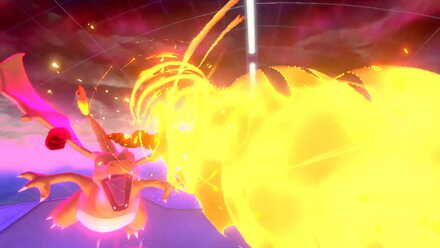 Thanks to Dynamaxing, Charizard is able to take hits even from attacks it is weak to, and by using Max Flare it's able to put its Hidden Ability, Solar Power, to good use. Solar Power provides a Special Attack boost in harsh sunlight, which Max Flare provides, allowing Charizard to dish out massive damage without needing a turn to set up a boosting move. And with Max Airstream on deck too, Charizard can boost its Speed to ensure it attacks first, making it a menace of a Special Attacker. 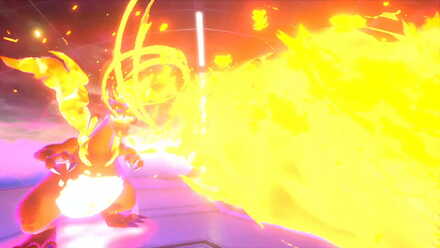 This build focuses around Charizard's ability to deal massive damage witth G-Max Wildfire with a Life Orb and added damage over time. Regardless of type, Charizard can put out plenty of damage with any of its moves while Gigantamaxed.

How to Use Charizard Effectively

A Special attacker who rules in the harsh sunlight

Charizard's Hidden Ability Solar Power allows it to deal damage it normally would not be able to given its Base Stats. In Sword & Shield, Max Flare allows it to set up harsh sunlight automatically, and Max Airstream allows it to boost its speed, making Charizard able to set itself up to sweep without needing the support of its team. 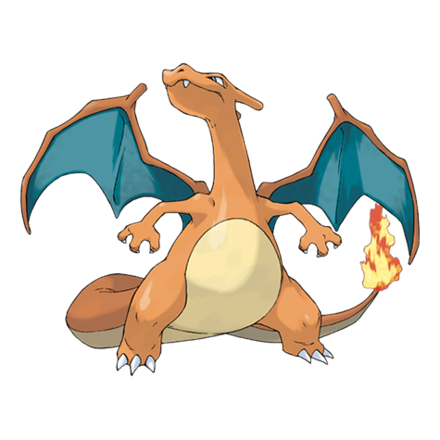 As a Fire/Flying-type Pokemon, Charizard is weak to the comparatively common attacking types Rock and Electric. Its 4x weakness to Rock-type moves in particular makes Charizard susceptible to one-hit knockouts even in its Dynamax form.

Change the Weather to cool its fury

When Charizard is out of the harsh sunlight, it can't use its full power. Using another weather-changing Dynamax move or a Pokemon with a weather-based Ability can turn the tides of battle.

In order for us to make the best articles possible, share your corrections, opinions, and thoughts about 「Charizard - Moveset & Best Build for Ranked Battle | Pokemon Sword and Shield」 with us!