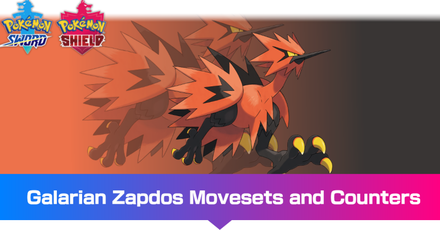 This is a strategy guide for using Galarian Zapdos in competitive play for the games Pokemon Sword and Shield. Read on for tips on the best Nature, EV spreads, Movesets, and Held Items to use with Galarian Zapdos, as well as its strengths and weak points. 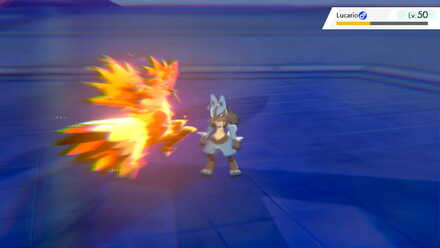 Galarian Zapdos is shaping up to become a staple of Hyper Offense teams thanks to its great physical movepool and excellent physical attacking stats. It's also a good candidate for Dynamax thanks to access to two of the most coveted Dynamax moves in Hyper Offense - Max Airstream and Max Knuckle.

Bulk Up boosts Galarian Zapdos' Attack and Defense one stage, allowing it to dish out and take better hits. This move should always be used before Dynamaxing.

Thunderous Kick is also a good spammable after Dynamax since it lowers the target's defense by one stage. This allows Galarian Zapdos to ward off physically defensive Pokemon like Toxapex, making them more susceptible to getting sweeped by its teammates.

Blaze Kick is its last move and is mostly for coverage against Steel-type Pokemon that take little damage from Galarian Zapdos' main STAB moves, such as Celesteela and Corviknight.

We're using a straightforward EV spread with full invesment in Attack and Speed so that Galarian Zapdos can hit as hard and as fast as possible. The remaining EVs are placed in Defense so that it can get as much bulk as possible, especially after a Bulk Up.

Defiant is Galarian Zapdos' only ability. When one of its stats is lowered, it raises its Attack Stat by two stages.

Galarian Zapdos has several options for held items and will ultimately depend on the team you're facing up against.

Life Orb is always a good choice as it boosts Galarian Zapdos' attacks at the cost of some residual damage.

Lum Berry is another option and prevents the Strong Legs Pokemon from getting shut down by Will-O-Wisp.

Sharp Beak is another alternative that boosts the power of Galarian Zapdos' Brave Bird by 20%. Flying is a great neutral attacking type that's great when paired with Fighting. 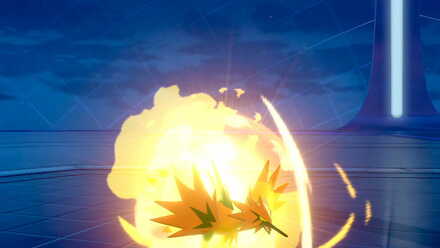 Galarian Zapdos excellent attack and great speed stats make it a great user of Choice Scarfs. With this set, the Strong Leg Pokemon truly lives up to its name - outspeeding its usual checks and counters and KOing them.

Brave Bird is Galarian Zapdos' strongest STAB move, allowing it to KO opposing Fighting-type Pokemon. Thunderous Kick is its secondary STAB move and functions as a deterrent against defensive Pokemon as it always lowers the target's Defense stat by one stage.

Blaze Kick is its main coverage move against Steel-type Pokemon that take little damage from Galarian Zapdos' main STAB moves, such as Celesteela and Corviknight.

It's last move is U-Turn and is Galarian Zapdos' way of pivoting to its teammates. It also does great damage against Psychic-type Pokemon.

We're using a straightforward EV spread with full invesment in Attack and Speed so that Galarian Zapdos can hit as hard and as fast as possible. The remaining EVs are placed in Defense to round off its defense.

Defiant is Galarian Zapdos' only ability. When one of its stats is lowered, it raises its Attack Stat by two stages.

We're giving this Galarian Zapdos Choice Scarf to double its speed at the cost of restricting it to one move during its turn.

How to Use Galarian Zapdos Effectively

Use it as a Lead Sweeper

Whether it's Dynamaxing or not, Galarian Zapdos gets the most out of the battle by being the lead. Not only does it benefit from Intimidate, it's one of the few Pokemon that can Dynamax off the bat and support its teammates with Max Airstream and Max Knuckle.

How to Build a Team with Galarian Zapdos

Galarian Zapdos fits comfortably in many teams in both Singles and Doubles, though it faces some competition with faster revenge killers.

Galarian Zapdos thrives in the Doubles Metagame where it's ability allows it to function as a lead setup sweeper. As a Dynamax Pokemon, it can also serve as a Tailwind setter since Max Airstream's secondary effect does the same thing!

Galarian Zapdos fills the role of lead Dynamax as it has little fear from Intimidate and actually takes advantage of it. Incineroar is good partner as lead support as not only does it have Intimidate itself, it can also support its partner with Fake Out or Parting Shot.

Togekiss and Gengar are backup, with the former able to switch with Incineroar to provide Galarian Zapdos important redirection support. 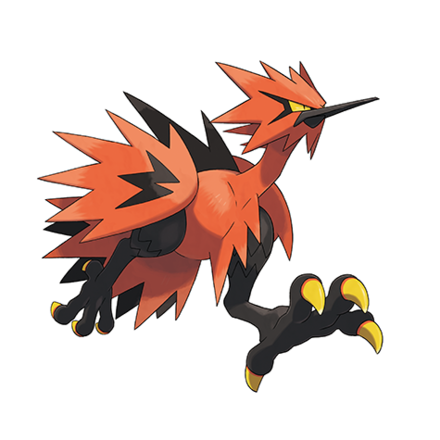 Check it with Resistant Pokemon

Despite its offensive presence, Galarian Zapdos has trouble dealing with Pokemon that resists its two STAB moves due to its rather limited amount of coverage moves. It's especially susceptible to faster special attackers that can threaten it to switching out.

Counter it with Defensive Pokemon

Certain Defensive Pokemon can freely switch into Galarian Zapdos, not caring about its STAB moves, and essentially walling them for the rest of the battle.

In order for us to make the best articles possible, share your corrections, opinions, and thoughts about 「Galarian Zapdos - Movesets & Best Build for Ranked Battle | Pokemon Sword and Shield」 with us!