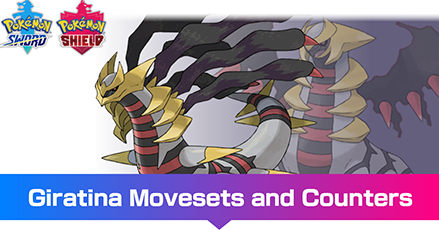 This is a strategy guide for using Giratina in competitive play for the games Pokemon Sword and Shield. Read on for tips on the best Nature, EV spreads, Movesets, and Held Items to use with Giratina, as well as its strengths and weak points.

This Pokemon's colossal defenses naturally lends itself to a Chesto-Rest set. It aims to set up its Special Attack and Special Defense with multiple Calm Minds, then heal off the damage it accumulates with a well-timed Rest.

A Chesto-Rest would always run its namesake move in Rest. Calm Mind is used to set up Giratina on the special side. Giratina then gets two STAB moves in Shadow Ball and Dragon Pulse.

We maximize HP as well as its Special Attack stat so that Giratina attacks as hard as possible, while being as tanky as possible.

Pressure is a good ability to have especially in long drawn out games.

Chesto Berry ensures that Giratina wakes up after falling asleep through Rest.

Giratina's monstrous HP and defenses make it a strong choice as a tank for your team.

Shadow Sneak is a useful priority move which is great for knocking out low HP Pokemon. Running Shadow Force grants Giratina a form of evasion as it can evade a move for one turn. Its huge bulk is further compounded by Breaking Swipe's Attack debuff. Protect is solid choice for double battles which can protect Giratina from an incoming attack.

We maximize HP as well as its Attack stat so that Giratina attacks as hard as possible, while being as tanky as possible.

Griseous Orb gives Giratina a boost to its STAB moves without needing to commit a Life Orb or a choice item to it.

How to Use Giratina Effectively

Because Giratina is enormously tanky, leading with it is not always a bad choice. Having it in the back of your team for later in the game is also good because it can outlast opponents who cannot deal enough damage to it.

How to Build a Team with Giratina

Giratina can be a team's primary attacker. With proper synergy, its teammates can buff and protect Giratina from opposing Pokemon that threaten it.

Galarian Zapdos can use Coaching on Giratina to boost its stats, allowing it to deal big damage with Breaking Swipe. Tapu Fini can protect Giratina from status conditions thanks to its Misty Surge. 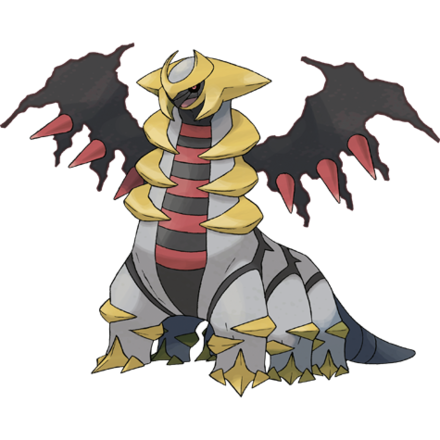 Counter Giratina by Overwhelming it with Damage

Giratina is a tanky Pokemon, but it cannot tank everything. Justified + Beat Up teams are able to deal exorbitant amounts of damage when they set up. Some Pokemon are also just able to deal huge damage right away.

Post (0 Comments)
Opinions about an article or post go here.
Opinions about an article or post
We at Game8 thank you for your support.
In order for us to make the best articles possible, share your corrections, opinions, and thoughts about "Giratina - Moveset & Best Build for Ranked Battle" with us!
When reporting a problem, please be as specific as possible in providing details such as what conditions the problem occurred under and what kind of effects it had.