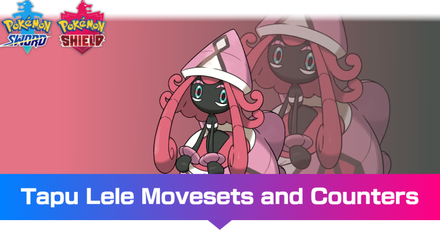 This is a strategy guide for using Tapu Lele in competitive play for the games Pokemon Sword and Shield. Read on for tips on the best Nature, EV spreads, Movesets, and Held Items to use with Tapu Lele, as well as its strengths and weak points.

Tapu Lele made a name for itself as a fearsome special sweeper that doesn't fear priority moves from its counters thanks to its Psychic Surge ability.

This build uses the Choice Scarf to allow it to hit quickly. With the combination of Psychic Surge and Psychic, it can deal big damage to a wide range of opponents. When it Dynamaxes, it can temporarily negate the effects of Choice items, allowing it to handle Dark types who come in expecting immunity from Psychic and hit them super effectively.

This build uses Psychic Surge, which instantly sets up Psychic Terrain when Tapu Lele switches in. This blocks priority moves, boosts the power of Psychic-type moves by 30%, and turns Terrain Pulse into a 100 Base Power Psychic move.

We're giving Tapu Lele Choice Scarf for this build. This item doubles Tapu Lele's speed but it can only use the initial move it used on its turn.

Psychic and Moonblast are its main STAB moves, while Shadow Ball lets it cover Ghost-types that would think of switching in and setting up on it. It's last move is Taunt, which allows it to shutdown opposing leads and support Pokemon.

This build uses Psychic Surge, which instantly sets up Psychic Terrain when Tapu Lele switchs in. This blocks priority moves, boosts the power of Psychic-type moves by 30%, and turns Terrain Pulse into a 100 Base Power Psychic move.

We're giving Tapu Lele Choice Scarf for this build. This item doubles Tapu Lele's speed but it can only use the initial move it used on its turn.

Psychic will be Tapu Lele's main weapon for this build, with the move being boosted by STAB and from Psychic Surge's Psychic Terrain.

Dazzling Gleam lets Tapu Lele launch a STAB-powered Fairy-type move that can hit both of your opponents.

Shadow Ball can be used against Ghost-type Pokemon that Tapu Lele is weak against. Thunderbolt can be used for those bulky counters like Heatran and Celesteela.

EVs are maximized on Sp. Atk to let Tapu Lele hit as hard as it can, supported by the boost from Choice Specs. Some points are peppered in HP and Sp. Def to give it a bit more bulk against special moves it is weak against.

Choice Specs maximizes Tapu Lele's offensive potential. Letting it Dynamax will temporarily remove the Choice lock and allow it to use other moves, but avoid using moves that will change the Terrain in play.

Once Tapu Lele is in play and Psychic Surge has set up Psychic Terrain, any of your opponent's strategies that rely on priority moves will be wasted.

It is a great idea to let Tapu Lele be one of your lead Pokemon, especially when you see any Pokemon with the Prankster Ability in your opponent's party.

How to Use Tapu Lele Effectively

Despite its immediate offensive presence, Tapu Lele excels more as a support Pokemon with offensive capabilities first thanks to its Psychic Surge ability. As a result, it's often used as a lead in both Singles and Doubles to set up Psychic Terrain while other special sweepers with better coverage are left to actually sweep the opposing team.

How to Build a Team with Tapu Lele

Tapu Lele excels in both the Singles and Doubles format, and is a good addition to almost any team that needs an automatic terrain setter.

A Powerful Sweeper in Doubles

Tapu Lele excels in the Doubles format where priority moves are more common. By just switching in, Tapu Lele counters Prankster users such as Grimmsnarl and Whimsicott, as well as support Pokemon like Comfey. 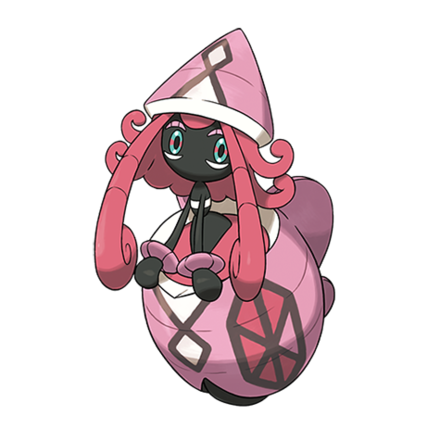 Tapu Lele has a difficult time facing off against Steel-type Pokemon, especially ones that resist its two STAB moves. Many of its counters can withstand all of Tapu Lele's moves and KO with their own STAB moves. That said, Steel Pokemon must be wary of Tapu Lele's Focus Blast.

In order for us to make the best articles possible, share your corrections, opinions, and thoughts about 「Tapu Lele - Moveset & Best Build for Ranked Battle | Pokemon Sword and Shield」 with us!