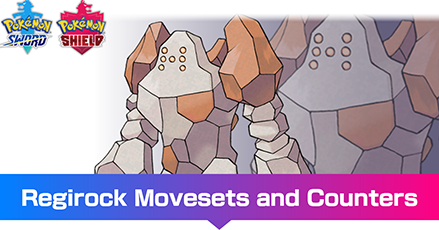 This is a strategy guide for using Regirock in competitive play for the games Pokemon Sword and Shield. Read on for tips on the best Nature, EV spreads, Movesets, and Held Items to use with Regirock, as well as its strengths and weaknesses in Ranked Battle. 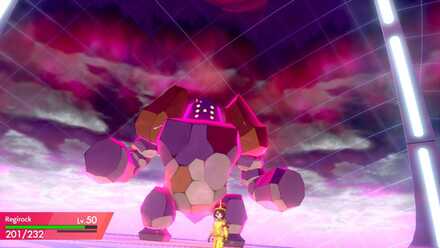 What sets Regirock apart as a Stealth Rock user is its resistance to Fire. Other popular Stealth Rock users like Skarmory or Ferrothorn share a weakness to Fire. These Pokemon typically do not like taking Fire-type hits, whereas Regirock can take them quite nicely.

Stone Edge is Regirock's most powerful STAB move. Because of its low accuracy, Rock Slide is a good substitute for it. Regirock's massive Defense Stat makes it an effective user of Body Press.

Stealth Rock is important for this Stealth Rock set, as Regirock can comfortably take a physical attack and set up its entry hazards. Spreading paralysis with Thunder Wave is also good after successfully setting up Stealth Rock.

Fully investing in HP and Special Defense makes Regirock a powerful counter to most Fire-type Pokemon. Its enormous Defense stat needs no further improvement, which is why we invest into its Special bulk. 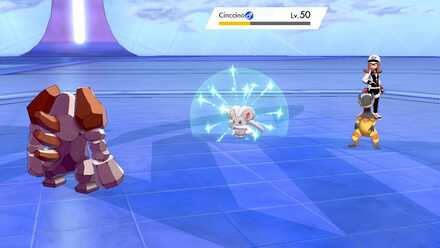 Regirock's enormous Defense, decent Attack and useful Ability make it a very formidable attacker and abuser of Weakness Policy. Protecting it from Special Attackers and positioning it to take KO's against Rock-weak Pokemon are ways to pilot Regirock to success.

Rock Slide is a reliable STAB spread move for Regirock. Stomping Tantrum is used over Earthquake so that Regirock has options against opponents that could possibly run Wide Guard. Drain Punch provides Regirock with much needed recovery.

Curse is good for improving Regirock's effectivity under Trick Room. Curse can be swapped out for Protect, which is always a good choice for Double Battles.

Maximizing Regirock's HP and Attack stats ensure that it can hit as hard as possible while being as physically bulky as possible. Putting all defensive EVs into HP works well with its naturally high Defense stat.

0 Speed IVs allow Regirock to be as slow as possible under the conditions of Trick Room.

Weakness Policy works hand-in-hand with Regirock's high Defense stat. It can comfortably take most physical hits, and be able to hit back for big damage.

How to Use Regirock Effectively

Regirock works best exchanging blows against Physical Attackers on account of its huge Defense stat. It also works best attacking into Physically weak Pokemon. Positioning Regirock so that it can take decisive KO's are important to this Pokemon's success.

How to Build a Team with Regirock

Regirock thrives in Trick Room, and a teammate that can set it up is greatly appreciated by it. Dual Screens is also great for Regirock because of the much appreciated boost to its defenses, most especially its Special Defense. Regirock also enjoys teammates that can take care of Grass-types that threaten it.

Regirock's gigantic Defense stat will let it survive a super-effective Physical attack. Having it hold Weakness Policy will cause opponents to think twice before attacking into it.

Regirock's horrendous Speed makes it a great Trick Room Attacker, with Porygon2 setting Trick Room up for it. Grimmsnarl provides Screens support for Regirock, which can allow it to survive a super-effective hit and activate its Weakness Policy. 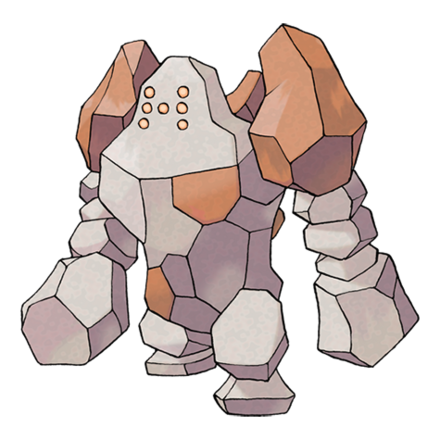 Regirock has a decent Special Defense Stat, but its weakness to common types make it very vulnerable on the battlefield. A super-effective Special Attack will surely deal massive damage to Regirock, if not just knock it out cleanly.

Regirock also has a bad time against status conditions. It does not appreciate Sleep and Burns. Dynamaxing Regirock can give it trouble against redirection because Dynamax only allows for single targets.

Post (0 Comments)
Opinions about an article or post go here.
Opinions about an article or post
We at Game8 thank you for your support.
In order for us to make the best articles possible, share your corrections, opinions, and thoughts about "Regirock - Moveset & Best Build for Ranked Battle" with us!
When reporting a problem, please be as specific as possible in providing details such as what conditions the problem occurred under and what kind of effects it had.