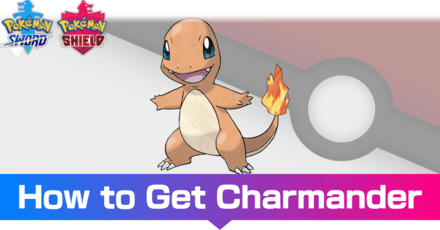 This is a page on the Pokemon Charmander, including its Learnset and where it can be found in Pokemon Sword and Shield. Read on for information on its evolutions, abilities, type advantages, and location.

Base Stats of Charmander

Find at Hop's House after Completing the Game 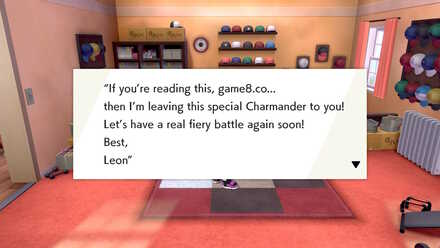 You can find Charmander on the second floor of Hop's House (In Leon's room) after completing the story of Pokemon Sword or Shield. After the End Credits, the player will be at their house, so be sure to visit Hop's and grab Charmander while you're in Postwick.

Register as a member and get all the information you want. (It's free!)
Login
Opinions about an article or post go here.
Opinions about an article or post
We at Game8 thank you for your support.
In order for us to make the best articles possible, share your corrections, opinions, and thoughts about "Charmander - Evolutions, Location, and Learnset" with us!
When reporting a problem, please be as specific as possible in providing details such as what conditions the problem occurred under and what kind of effects it had.