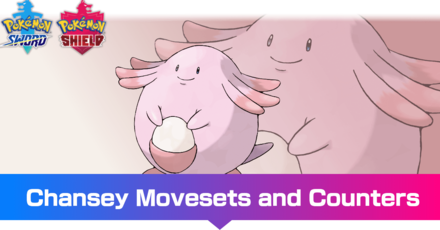 This is a strategy guide for using Chansey in competitive play for the games Pokemon Sword and Shield. Read on for tips on the best Nature, EV spreads, Movesets, and Held Items to use with Chansey, as well as its strengths and weak points. 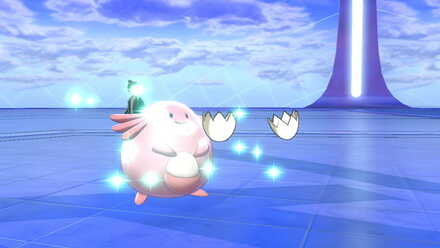 This moveset is an extremely tanky one, especially with the Eviolite in tow. And while Chansey has a low base Defense stat, you can make up for it with 252 EVs in Defense and the Eviolite.

As a wall, Chansey doesn't really get access to a lot of damage-dealing moves. Seismic Toss can at least let it deal consistent damage against any non-Ghost types.

Chansey can also provide utility for its team in the form of Stealth Rocks and Thunder Wave. By paralyzing the enemy and dealing chip damage to the enemy roster, Chansey empowers its teammates to clean up against a slow and weakened team.

Placing EVs in its low Defense is a given, and for the remainder, you'll need to choose whether to focus on HP to handle more Physical opponents, or Special Defense to handle more Special opponents. Consider the strengths and weaknesses of your team to decide which is best.

Natural Cure allows Chansey to get rid of status conditions such as burn or paralysis when switched out. This helps keep Chansey relatively healthy and makes it more of a pain to take down.

Eviolite raises the Defense and Special Defense of the user by 50% as long as the user is not a fully-evolved Pokemon. This item takes Chansey's fantastic bulk and raises it even more, making it one of the bulkiest Pokemon in the metagame.

This build is similar to the one listed prior, the difference is it focuses more on speed than Special Defense. Eviolite and the Bold nature makes this Chansey one of the tankiest Pokemon you could use.

How to Use Chansey Effectively

With the help of its bulkiness, Chansey can be used to waste your opponent's Dynamax turns. Use Counter when you predict an incoming physical move and tank any special moves.

While Chansey is immune to Ghost-type moves, it won't be able to attack back, so disable the Ghost-type with Thunder Wave, use Stealth Rock, then switch out.

How to Build a Team with Chansey

Quagsire and Chansey are probably two of the most notable walls in the metagame. Chansey's bulk thanks to Eviolite, and Quagsire's resilience thanks to Unaware, lets them whittle down the enemy with status conditions.

Between the two of them they also have a total of two immunities and only two weaknesses. This makes it difficult for the opponent to take them out with super effective moves.

One of their vulnerabilities, though, is enemies who set up against them. It's pretty common for sweepers to take the opportunity against defensive teams by increasing their stats multiple times. This is where Ditto comes in.

When an opponent takes out one of your walls with a boosted sweeper, Ditto can switch in and copy that enemy, including the stat boosts they've already garnered. This allows you to revenge kill their team with the same power they used to take down yours.

While Chansey can boost its defense with Eviolite, it's still its weakest stat, so focus fire with physical moves. 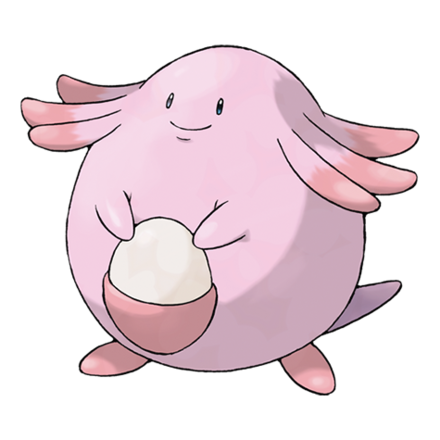 Chansey relies on Eviolite to boost its normally lackluster bulk. Pokemon with moves such as Knock Off and Trick can easily shut it down.

Post (0 Comments)
Opinions about an article or post go here.
Opinions about an article or post
We at Game8 thank you for your support.
In order for us to make the best articles possible, share your corrections, opinions, and thoughts about "Chansey - Moveset & Best Build for Ranked Battle" with us!
When reporting a problem, please be as specific as possible in providing details such as what conditions the problem occurred under and what kind of effects it had.