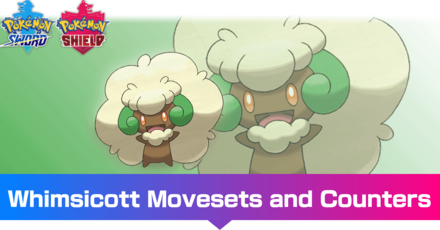 This is a strategy guide for using Whimsicott in competitive play for the games Pokemon Sword and Shield. Read on for tips on the best Nature, EV spreads, Movesets, and Held Items to use with Whimsicott, as well as its strengths and weak points. 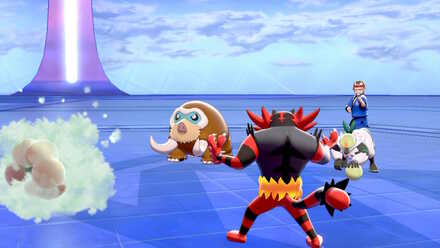 This is the Whimsicott Cotton Guard + Leech Seed build feared across the metagame. With the move Cotton Guard, it can raise its Defense by a whopping three stages, while healing itself with Leech Seed and simultaneously wearing down its opponent. Thanks to its ability Prankster, it can use all moves in this build aside from Moonblast with priority, allowing it to start setting up right away.

The EVs in this moveset are tactically arranged to allow it to take down a Hydreigon with 252 EVs in HP in one hit with Moonblast. With its 120 Speed, it's able to outspeed a non-Choice Scarf Hydreigon with maximized Speed. Also, its HP is arranged with a 16n+1 value, meaning that it will receive the maximum possible HP each time it recovers HP with Leech Seed. 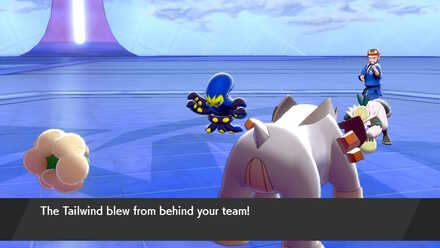 This Whimsicott' eschews defense for speed and special attack so it can hit as hard and as fast as possible after setting up Tailwind. Moonblast is its main STAB move while Endeavor works well with Focus Sash, allowing Whimsicott to reduce an opposing Pokemon's HP to 1 once it survives a super effective hit.

It's last move is Memento, which causes Whimsicott to faint, but reduces the opposing Pokemon's Attack and Special Attack by 2 stages. This move is best used once Whimsicott has finished setting up Tailwind.

This build has full investment in Speed and Special Attack so it's fast as possible and hits hard with Moonblast, with the remaining 4 EVs placed in Defense to slightly boost its bulk. 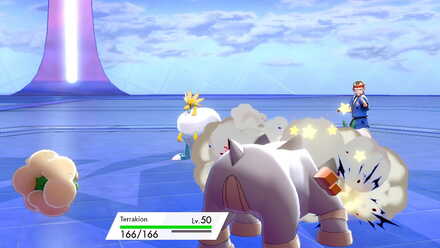 This Whimsicott is centered around using the move Beat Up on a partner Pokemon with the ability Justified to raise their attack. In a typical 4 vs 4 Doubles Battle, this move will hit the Justified Pokemon 4 times, essentially raising their attack by 4 stages.

Good partners for this Whimsicott include Terrakion, Lucario, and Arcanine.

Whimsicott's other moves are for team support. Tailwind is ideally used first before using Beat Up to boost team's speed, while Protect allows it to scout moves. Dazzling Gleam is its only attacking move, hitting both opponents and ensuring Whimsicott doesn't struggle when it sustains a Taunt.

This Whimsicott's EV spread is more straightforward as it's main role is purely to support its teammate. It will be the immediate target when your opponent realizes that it's using Beat Up so defensive EVs are a waste.

Instead, we give Whimsicott full Speed and Sp. Attack investment, with the remaining EVs on HP. This ensures it can use Tailwind and Beat Up before other Pokemon and hit hard with Dazzling Gleam.

Focus Sash is the preferred held item to ensure it can use Beat Up at least once on its turn.

How to Use Whimsicott Effectively

Move first and set up fast

Whimsicott has both a blistering speed of 120 and the Ability Prankster, allowing it to move first automatically when using Status moves. If it does a good job setting up Cotton Guard against a Physical attacker, followed by Substitute and Leech Seed to further avoid its chances of being taken down in one hit, the opponent may become completely unable to take it down, allowing it to sweep the rest of the match. 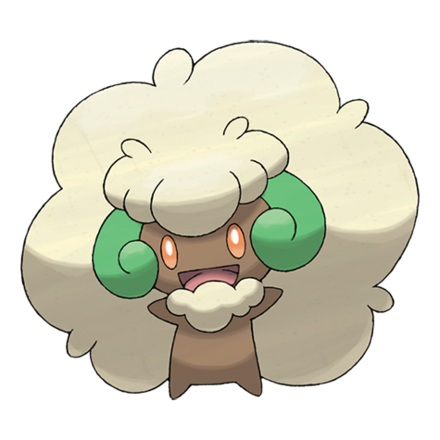 The most effective strategy to counter Whimsicott is to completely nullify its ability to use Leech Seed. Without its primary healing source, Whimsicott will be limited to healing using Leftovers, its rhythm will be impeded. Also, as Pokemon with the Ability Magic Bounce, which reflects the effects of Status moves, tend to have high Special Attack, these Pokemon can frequently avoid the effects of Cotton Guard to take down Whimsicott easily.

Whimsicott is famous for stalling opponents with Leech Seed, but this move fails when facing against a Grass-type Pokemon. As such, many Grass-types can comfortably switch into Whimsicott and force it out or even heavily damage it.

Post (0 Comments)
Opinions about an article or post go here.
Opinions about an article or post
We at Game8 thank you for your support.
In order for us to make the best articles possible, share your corrections, opinions, and thoughts about "Whimsicott - Moveset & Best Build for Ranked Battle" with us!
When reporting a problem, please be as specific as possible in providing details such as what conditions the problem occurred under and what kind of effects it had.