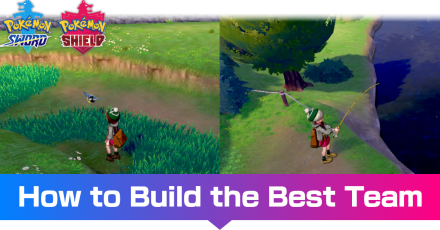 This guide gives our suggestions for Pokemon teams effective for getting through the story. Read on for team lists suited to each of the three Starter Pokemon, and Pokemon which are useful to add to your party at each point in the game.

NOTE: This is a guide for players progressing through the game's main story. For tips on how to make a competitive team for online Ranked Battle, these guides will do the trick!
All Competitive Team Building Guides

In the early part of the game

In the middle part of the game

In the late part of the game

Where each recommended Pokemon appears

How picky should you be about Natures and IVs?

When focusing on getting through the main story, there's no need to be picky about IVs, as it's quicker to simply level up a Pokemon to improve their stats. However, in order to get through the story quickly, it's best to avoid Natures which lower Attack and Special Attack. It's advantageous to have your Pokemon able to deal as much damage as possible to make sure you can defeat each opponent swiftly.

Post (0 Comments)
Opinions about an article or post go here.
Opinions about an article or post
We at Game8 thank you for your support.
In order for us to make the best articles possible, share your corrections, opinions, and thoughts about "How to Build the Best Team | Best Story Party" with us!
When reporting a problem, please be as specific as possible in providing details such as what conditions the problem occurred under and what kind of effects it had.