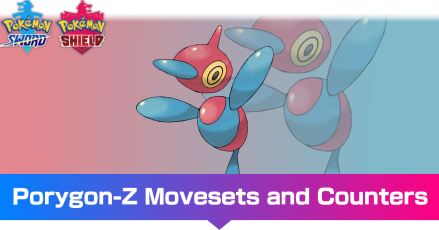 This is a strategy guide for using Porygon-Z in competitive play for the games Pokemon Sword and Shield. Read on for tips on the best Nature, EV spreads, Movesets, and Held Items to use with Porygon-Z, as well as its strengths and weak points. 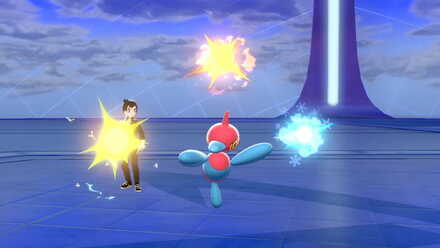 Porygon-Z is a powerful special attacker that teams should not underestimated. High special attack, powerful abilities, and a wide special movepool allow it to fit comfortably in teams that require a special sweeper.

Tri Attack is Porygon-Z's STAB move and has a 20% chance to inflict Paralyze, Freeze, or a Burn. Dark Pulse allows it to hit Ghost-type Pokemon that are immune to its STAB move.

We're using a straightforward EV spread with full investment in Special Attack and Speed so that Porygon-Z can as hard and as fast as possible. The remaining 4 EVs are allocated to HP to improve its overall bulk.

We're using the Download ability for this build. This raises Porgyon-Z's attack or special attack by one stage.

The boost it gets depends on the opposing Pokemon's defensive stat. If Porygon-Z is facing a Pokemon with a lower special defense, it will get a special attack boost and vice-versa.

We're giving Porygon-Z Life Orb, which boosts the power of all of its moves by 30% at the cost of sustaining residual damage. 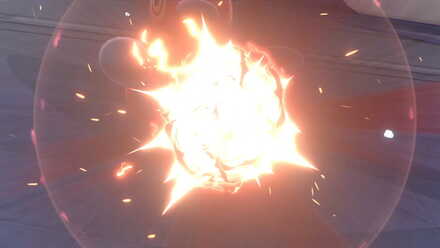 This is a variant special attacking set that centers around a high-risk, high-reward gameplay by unleashing one of the most powerful Hyper Beams in the metagame.

Dark Pulse allows Porygon-Z to hit Ghost-type Pokemon that are immune to its STAB move and has a 20% chance to flinch the opposing Pokemon.

The crux of this set is Hyper Beam, a 150 base power STAB move that requires Porygon-Z to recharge on its next turn. Although it leaves Porygon-Z vulnerable, the move allows it to KO opposing Pokemon that can otherwise shrug off its main attacks!

We're using a straightforward EV spread with full investment in Special Attack and Speed so that Porygon-Z can as hard and as fast as possible. The remaining 4 EVs are allocated to HP to improve its overall bulk.

We're using Adaptability to further boost the power of Porygon-Z's Hyper Beam. Instead of a 1.5x STAB boost, Porgyon-Z gets a 2x STAB Boost with this ability.

Wise Glasses boosts the power of Porygon-Z's special moves by 10%. Alternatively, you can give it Life Orb for more power at the cost of residual damage.

How to Use Porygon-Z Effectively

Switch in to a Physically Defensive Pokemon

Use Hyper Beam as a Finishing Move

Although it's tempting to use Porygon-Z's Hyper Beam whenever you get the chance, it's best used sparingly and only as a finishing attack as the move leaves Porygon-Z in a prone state afterwards.

How to Build a Team with Porygon-Z

Porgyon-Z faces stiff competition in both Singles and Doubles due to its relatively mediocre speed stat. Despite this, it's a powerful special sweeper and a good choice for teams looking to round out its coverage.

A Powerful Sweeper for Defensive Teams

Porygon-Z thrives in balanced or defensive teams that have ways to boost its teams defenses. It's likely that Porygon-Z will be the fastest Pokemon in a team composed of slow, bulky attackers. This proves the team some form of offensive momentum that can turn the tide of the battle!

Check out our guide below to learn how to build a Defensive Team.

Porygon-Z is a great choice for special attacker in Doubles. It's teammate can patch up its speed with Tailwind or protect it from damage using Follow Me or Rage Powder. 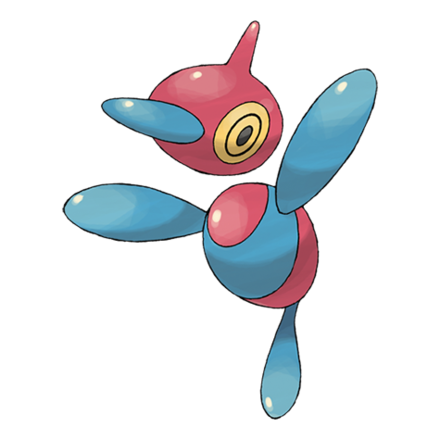 Outspeed and KO It

Porygon-Z has a relatively mediocre speed stat and is easily outspeed by the metagame's premiere special attackers.

Wall it with a Bulky Pokemon

Despite its special attacking prowess, there are bulky Pokemon that can withstand Porygon-Z's powerful attacks and cripple it for the rest of the match.

In order for us to make the best articles possible, share your corrections, opinions, and thoughts about 「Porygon-Z - Moveset & Best Build for Ranked Battle | Pokemon Sword and Shield」 with us!