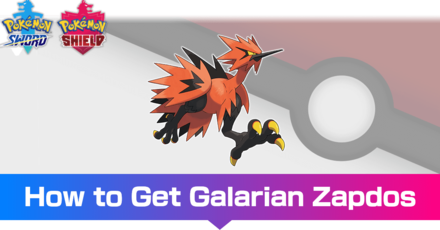 This is a page on the Galarian Zapdos, including its learnable moves and where it can be found in Pokemon Sword and Shield. Read on for information on its evolution, abilities, type advantages, location, as well as tips on how to catch Galarian Zapdos.

How to Get Galarian Zapdos 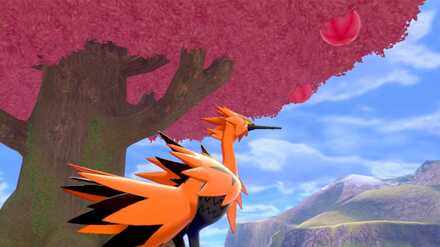 Galarian Zapdos only appears in The Crown Tundra which is included in the Expansion Pass DLC for Pokemon Sword and Shield.

The main prerequisite for catching Galarian Zapdos is starting off the Legendary Birds chapter by visiting Dyna Tree Hill. Once you've done this, you'll be ready to start the hunt!

How to Catch Galarian Zapdos 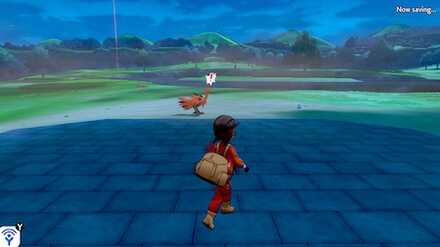 When you first encounter Galarian Zapdos, it will start off by running away to the right at a high speed, but keep your eye on it and don't let it get too far away. 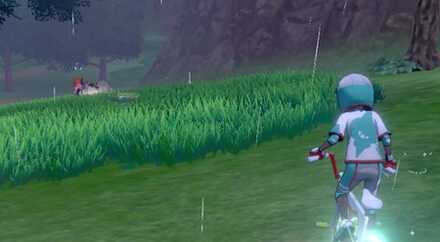 After you've chased Galarian Zapdos for a while, sweat drops will appear over its head to indicate that it's getting tired. 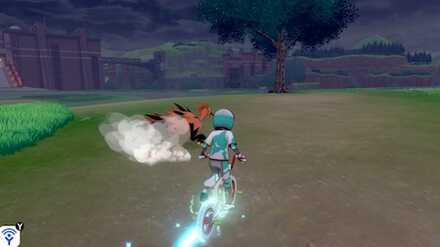 If you continue going after it, it will eventually get tired and start to slow down, at which point you'll be able to finally catch up.

Galarian Zapdos will use Fighting-type moves like Thunderous Kick and Reversal heavily. If you're using a Ghost-type Pokemon like Gengar to put it to sleep with Hypnosis, you'll be immune to most of its attacks, making this a fairly safe fight.

It was announced that entrants for the International Challenge Online Competition in March will receive a free Shiny Galarian Zapdos. Additionally, players in Japan who participate and win the competition will have a chance of earning a place in the 2022 Pokemon Japan Championships!

Galarian Zapdos' two counterparts (Galarian Articuno and Galarian Moltres) will also have their shinies distributed at the very same competition in February and April, respectively.

Base Stats of Galarian Zapdos 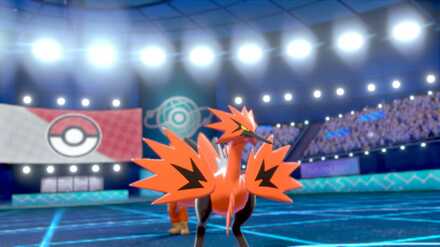 Unlike its predecessor, Zapdos loses the Zap in its name to become a Fighting/Flying type like Hawlucha. Its appearance remains shocking, and its move is titled Thunderous Kick, but it learns absolutely no Electric-type moves. 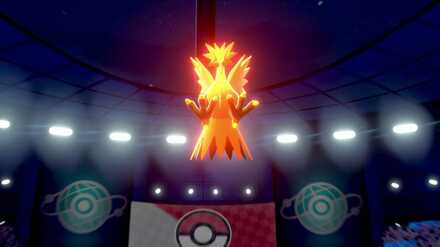 Galarian Zapdos's signature move Thunderous Kick is a Physical Fighting-type move that definitely lowers the opponent's Defense. As this Pokemon seems to be more Physical-oriented than its predecessor, this effect should pair nicely with its potential to overpower enemies with its physical power.

Like its brethren Galarian Articuno and Galarian Moltres, Galarian Zapdos is available in The Crown Tundra DLC.

Register as a member and get all the information you want. (It's free!)
Login
Opinions about an article or post go here.
Opinions about an article or post
We at Game8 thank you for your support.
In order for us to make the best articles possible, share your corrections, opinions, and thoughts about "Galarian Zapdos - Evolutions, Location, and Learnset" with us!
When reporting a problem, please be as specific as possible in providing details such as what conditions the problem occurred under and what kind of effects it had.