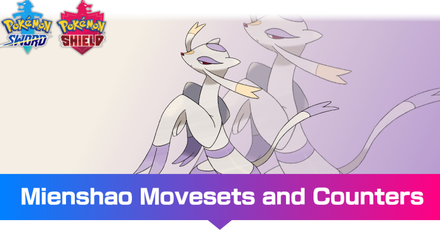 This is a strategy guide for using Mienshao in competitive play for the games Pokemon Sword and Shield. Read on for tips on the best Nature, EV spreads, Movesets, and Held Items to use with Mienshao, as well as its strengths and weak points. 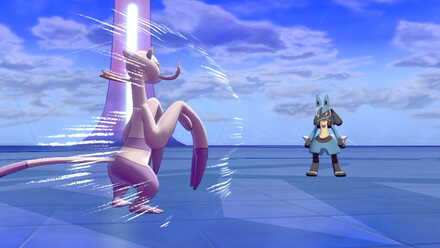 Close Combat is Mienshao's most powerful STAB move, allowing it to revenge kill weakened or even outright KO frailer Pokemon.

Knock Off rounds up its coverage and has the added utility of getting rid of the opponent's held item. This allows Mienshao to cripple Pokemon that are rely on their held items, such as Eviolite Dusclops.

We're using a straightforward EV spread with full investment in Attack and Speed, with the remaining 4 EVs on Special Defense.

Regenerator is the best ability for this build. Mienshao will spend a lot of time switching in and out so the passive healing from this ability is much appreciated.

The speed creep this generation means Choice Scarf is necessary so that Mienshao can outspeed naturally faster Pokemon, such as Dragapult. 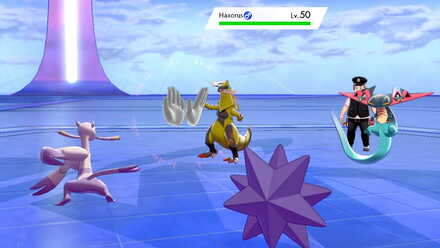 This Mienshao is a great support lead in doubles. Unlike other leads that are meant to just annoy the opposing team, this one can also hit hard and cripple its targets.

Fake Out allows Mienshao to scout moves and interrupt an opponent that might pose a threat to your team.

High Jump Kick is its strongest attack and gets a 20% damage boost from its ability. Knock Off on the other hand allows Mienshao to cripple opposing Pokemon that rely on their held items, such as Eviolite Clefairy and Dusclops.

We're using a straightforward EV spread with full investment in Attack and Speed, with the remaining 4 EVs on Special Defense.

We're using Reckless this time to boost the power of Mienshao's High Jump Kick by 20%.

Focus Sash ensures Mienshao can survive a hit that can otherwise KO it and support its team before going down.

How to Use Mienshao Effectively

Hit Hard and Fast in Singles

In Singles, Mienshao is meant to be played as a fast attacker that can hit hard and switch out at a moment's notice. Apart from filling the role of a revenge killer, it can also function as a late-game sweeper with its high-powered moves.

A Lead Supporter in Doubles

Despite its high powered moves, Mienshao meant to be played as a supporter first and an offensive lead second in Doubles.

How to Build a Team with Mienshao

Mienshao's high attack and speed and access to high-powered moves make it a great choice for offense-oriented teams that are in need of a fast sweeper for its offensive core.

A Fast Revenge Killer in Singles

Mienshao is a great addition to Hyper Offense teams in need of a fast revenge killer. It can also function as a back-up sweeper that can help its slower but more powerful teammates net KOs by providing valuable chip damage with its attacks.

Check out our article below to learn how to build an Offensive Team with a revenge killer like Mienshao.

A Tricky Lead in Doubles

Mienshao finds a niche in doubles as a lead support that can dish out damage afterwards. Access to the move Quick Guard allows it to protect its teammates from increasingly common priority moves from opposing offensive leads such as Rillaboom and Talonflame.

Check out our article below to learn how to build a Doubles Team with a lead Pokemon like Mienshao. 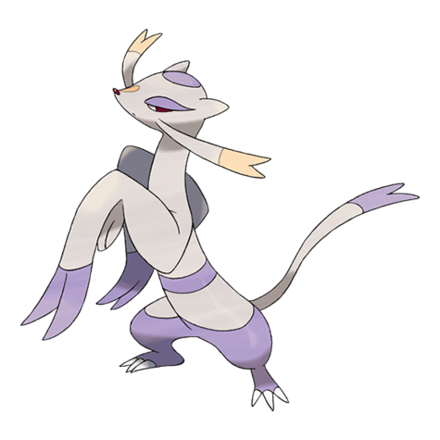 Wall it with a Defensive Pokemon

Despite its access to high-powered moves, certain defensive Pokemon can still wall and even cripple Mienshao thanks to their massive defenses.

Post (0 Comments)
Opinions about an article or post go here.
Opinions about an article or post
We at Game8 thank you for your support.
In order for us to make the best articles possible, share your corrections, opinions, and thoughts about "Mienshao - Moveset & Best Build for Ranked Battle" with us!
When reporting a problem, please be as specific as possible in providing details such as what conditions the problem occurred under and what kind of effects it had.