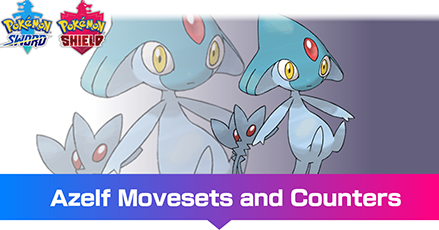 This is a strategy guide for using Azelf in competitive play for the games Pokemon Sword and Shield. Read on for tips on the best Nature, EV spreads, Movesets, and Held Items to use with Azelf, as well as its strengths and weak points.

Azelf's great offensive stats, high speed, and access to Nasty Plot make it a great setup sweeper for both balanced and offensive teams. With the right team support, it can easily clear weakened teams with its boosted moves.

Nasty Plot boosts Azelf's Special Attack by 2 stages, boosting the power of its special moves. Psyshock is its main STAB move and targets the opposing Pokemon's Defense stat, allowing it to take on Special Walls such as Chansey and Blissey.

It's last two moves are for coverage. Thunderbolt allows Azelf to take on bulky Water-types such as Toxapex and Tapu Fini, while Fire Blast allows it to threaten common Grass-types like Rillaboom and Ferrothorn.

We're giving Azelf a standard Special Attacking EV spread with full Sp.Atk and Spd investment as well as 4 Def EVs to give it some physical bulk.

Levitate is Azelf's only Ability and gives it immunity to Ground-type moves, as well as grounded entry hazards such as Spikes, Toxic Spikes, and Sticky Web.

Life Orb further boosts the power of Azelf's special attacks at the cost of some residual damage at the end of every turn. Focus Sash is another good held item that can ensure Azelf gets at least one Nasty Plot boost.

Azelf is a main attacker in Doubles, with Dynamax giving it extra bulk to withstand a super effective attack from its partner to activate its Weakness Policy.

Psychic is Azelf's main STAB move that becomes Max Mindstorm during Dynamax. This move sets up Psychic Terrain, which powers up Azelf's Psychic-type moves while also preventing the opponent from using priority moves.

Dazzling Gleam is its main coverage move and allows Azelf to damage Dark-types that would otherwise wall Azelf. Fire Blast lets it hit Steel and Grass-types such as Zacian and Rillaboom respectively.

Detect is its last move and is mostly used for scouting, and also gives Azelf Max Guard during Dynamax.

We're giving Azelf a standard Special Attacking EV spread with full Sp.Atk and Spd investment as well as 4 Def EVs to give it some physical bulk.

Levitate is Azelf's only Ability and gives it immunity to Ground-type moves, as well as grounded entry hazards such as Spikes, Toxic Spikes, and Sticky Web.

We're giving Azelf Weakness Policy for this build. Thanks to Dynamax, it can take a super effective hit from an opponent or its partner, which will boost its Attack and Special Attack by 2 stages.

How to Use Azelf Effectively

While Azelf has equally high offensive stats, it's best used as a special attacker as it has access to Nasty Plot. Additionally, many of the special attacks it can learn boast higher base power than its physical counterparts.

Azelf's offensive presence is balanced by its rather low defenses and it can take very little punishment before going down. Careful teambuilding and choosing the right partners is vital to ensure Azelf can survive and deal as much damage as possible.

How to Build a Team with Azelf

Grimmsnarl's ability to set up priority-boosted Reflect and Light Screen with its Prankster Ability makes it an invaluable lead support for Azelf. With dual screens essentially cutting physical and special attacks in half, Azelf can safely switch in and set up with Nasty Plot. It can then Dynamax and deal boosted damage with its STAB and coverage moves.

Zacian serves as this team's back up attacker, and like Azelf, appreciate dual screen support from Grimmnsarl so that it can safely set up with Swords Dance.

The goal of this team is to activate Azelf's Weakness Policy using Dusclops' Shadow Sneak. Thanks to Dynamax, Azelf can take a super effective hit without losing too much health and also allows it to use its Max Moves immediately after it gets the Weakness Policy Boosts.

Zekrom fills the role of back up physical attacker and appreciates the terrain Azelf sets up, such as Psychic Terrain preventing opposing teams from using priority moves. Incineroar is the team's back up support and can be switched in after Dusclops is done providing Helping Hand support to Azelf. 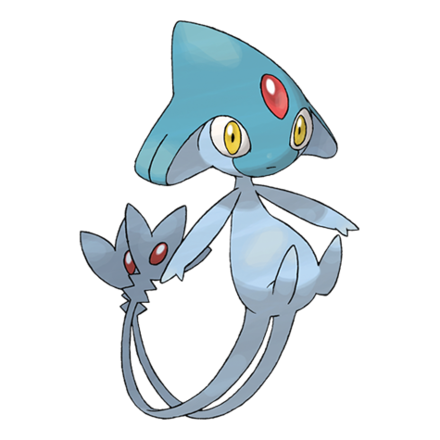 Hit it With a Priority Move

Azelf's high speed allows it to outrun most threats and hit first, but it's very susceptible to getting weakened or even immediately knocked out by a priority move.

In order for us to make the best articles possible, share your corrections, opinions, and thoughts about 「Azelf - Moveset & Best Build for Ranked Battle | Pokemon Sword and Shield」 with us!