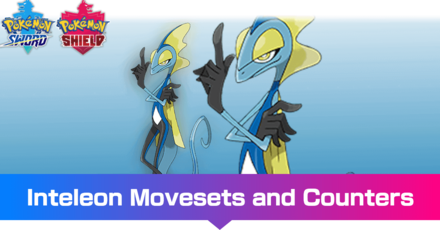 This is a strategy guide for using Inteleon in competitive play for the games Pokemon Sword and Shield, including the best build for its Hidden Ability, Sniper. Read on for tips on the best Nature, EV spreads, Movesets, and Held Items to use with Inteleon, as well as its strengths and weak points. 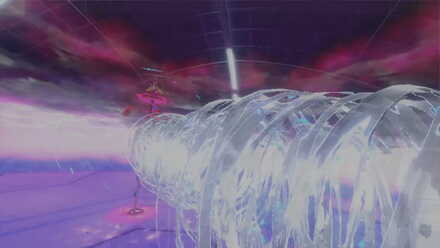 To make Inteleon's Ability Torrent activate, this set uses Endure to survive a hit with 1 HP. Mystic Water is chosen for the Held Item because it can power up Water-type moves to 120% of their normal power. These two boosts can stack to bring Inteleon's damage to approximately 180% its normal value. When Dynamaxed, Air Slash will change into Max Airstream, boosting its Speed and allowing it to put relentless pressure on the opponent. 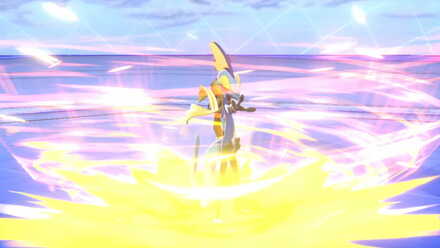 Inteleon's new Hidden Ability Sniper allows it to deal 2.25x damage instead of the normal 1.5x when scoring a critical hit. By using Focus Energy to raise its Critical Hit rate by two stages, and using attacks with a one-stage boost in Critical Hit rate, it can achieve a 100% chance of landing a Critical Hit. As Critical Hits ignore boosts to an opponent's stats, it can bypass moves like Calm Mind and Cosmic Power to deal heavy damage to defensive foes.

After boosting with Focus Energy, moves without a one-stage Critical Hit boost will still have a high chance of landing one, so you can use other moves like Ice Beam on opponents who absorb Water moves.

How to Get Sniper Inteleon

A free Sobble with the Sniper Ability is available via Pokemon HOME. Learn how to get all three Galar Starters with Hidden Abilities and transfer them to Pokemon Sword and Shield with our guide below:
How to Get & Transfer Hidden Ability Starters from Pokemon HOME

How to Use Inteleon Effectively

An ace attacker who makes the opponent sweat

Inteleon takes advantage of its high Base Speed to fulfill the role of an ace attacker. If you choose to Dynamax, its move Max Geyser can change the weather to rain, further powering up its Water-type moves. 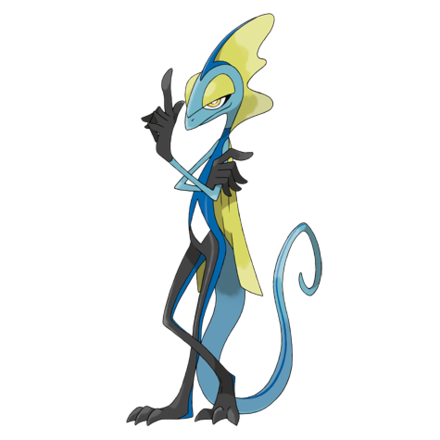 Absorb its Water attacks with a Water-immune Ability

Inteleon's singular Water typing is both its greatest strength and its greatest weakness. Its Ability to use powerful Water moves with STAB makes its Hydro Pump fearsome, but excessive reliance on these moves renders it immobile against foes with an Ability granting Water immunity. Pokemon such as Lapras and Quagsire with Water Absorb can leave Inteleon without a viable reaction.

Use an advantageous type matchup

Using a type with a resistance to Water, Grass or Electric, can give a huge advantage when fighting Inteleon. The likes of Ferrothorn and Wash Rotom are guaranteed to handle Inteleon with little blowback.

In order for us to make the best articles possible, share your corrections, opinions, and thoughts about 「Inteleon - Moveset & Best Build for Ranked Battle | Sniper Hidden Ability Moveset | Pokemon Sword and Shield」 with us!