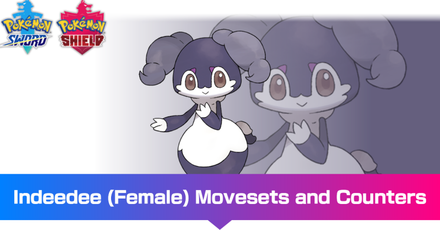 This is a strategy guide for using Indeedee (Female) in competitive play for the games Pokemon Sword and Shield. Read on for tips on the best Nature, EV spreads, Movesets, and Held Items to use with Indeedee (Female), as well as its strengths and weak points. 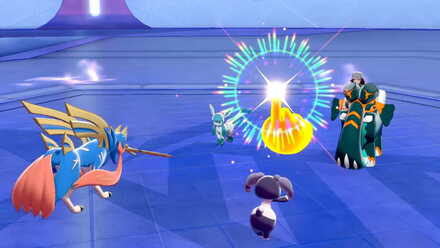 These values are from base stats with 0 Attack and Speed IVs, excluding external factors.

Female Indeedee plays a key role in the Doubles Metagame as a great, all-round redirection support Pokemon. Though it faces stiff competition from the likes of Amoonguss and Togekiss, great natural bulk and access to key utility moves make the Emotion Pokemon the top choice for most teams.

Follow Me is Indeedee's main support move, redirecting moves towards it to protect its teammate.

Helping Hand is a secondary support move that boosts the power of a partner Pokemon's next move by 50%. Since Helping Hand has +5 priority, this move will always go before its teammate's move.

Heal Pulse is another support move that restores up to 50% of its partner Pokemon's HP.

Its last move is Expanding Force, allowing Indeedee to do chip damage against both opposing Pokemon and prevent it from struggling if inflicted by Taunt.

We're using a modified defensive EV spread with a Sassy Nature, with full HP investment and investing in 212 Def EVs and 44 Sp.Def EVs.

Since Indeedee has a higher Special Defense, 212 Def EVs balances its defensive stats so that it can take on both physical and special hits, which is very important in the Doubles Battle Format.

With the given EV Spread, Indeedee can survive a Darkest Lariat from an Impish Incineroar, heal up with its Sitrus Berry, and survive a follow up Thunder Cage from Timid Regieleki!

Psychic Surge is Indeedee's best Ability. This sets up Psychic Terrain for 5 turns, boosting the power of Psychic-type moves by 30% and gives Expanding Force a 1.5x power boost.. It also prevents the opposing Pokemon from using priority moves.

Giving Indeedee Focus Sash guarantees it can redirect with Follow Me a second time even after getting hit by a move that would otherwise KO it.

Alternatively, you can give it Sitrus Berry to provide it with immediate healing without wasting too many turns once Indeedee's HP reaches a certain level.

How to Use Indeedee (Female) Effectively

Use it as Redirection Support

Female Indeedee is the Doubles Metagame's best redirection support thanks its excellent stat distribution and access to great utility moves. As such, it's solely used as a support Pokemon - redirecting moves with Follow Me and boosting its partner Pokemon's moves with Helping Hand.

How to Build a Team with Indeedee (Female)

Female Indeedee's sole niche in the Doubles Metagame is as a redirection support Pokemon. As such, it enjoys wide distribution across many different teams, randing from Hyper Offense Teams to more defensive-oriented Doubles teams.

Female Indeedee plays a vital role in offensive teams, using Follow Me to ensure that its teammate gets a boost to power up its moves.

Indeedee plays a vital role in providing redirection support for its teammates; both Bisharp and Thundurus (Therian Forme) appreciate Follow Me so that it can set up with Swords Dance and Nasty Plot respectively, while Pheromosa can freely use its powerful moves without fear of getting KO'd due to its lower defenses.

This team revolves around Celesteela setting up with Substitute and providing residual damage with Leech Seed. The Ultra Beast can get worn down before setting up, so it's important to use Follow Me at the very start of the match to prevent this.

The other teammates also benefit from Indeedee's Follow Me. Swampert can set up Stealth Rock and phase with Yawn safely with redirection support, while Galarian Zapdos can set up with Bulk Up and ensure it provides late-game offensive support for the team. 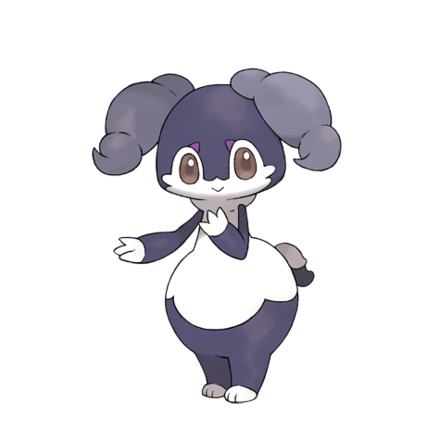 Overpower it with a Strong Dark-type Move

Although Female Indeedee is bulky, it will still fall to a super effective Dark-type move. It's best to overpower it with repeated attacks at the very start of the match to ensure it can't use Follow Me afterwards.

In order for us to make the best articles possible, share your corrections, opinions, and thoughts about 「Indeedee (Female) - Moveset & Best Build for Ranked Battle | Pokemon Sword and Shield」 with us!