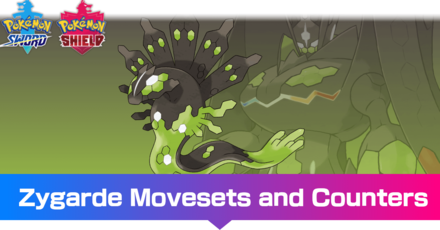 This is a strategy guide for using Zygarde in competitive play for the games Pokemon Sword and Shield. Read on for tips on the best Nature, EV spreads, Movesets, and Held Items to use with Zygarde, as well as its strengths and weak points. 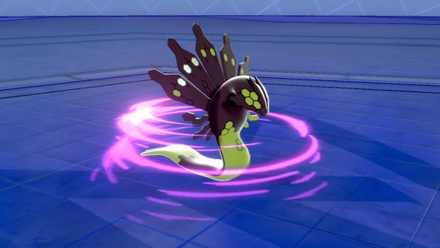 At first glance, Zygarde appears like any bully attacking Pokemon in the metagame. What separates itself from other bulky attackers is its ability to change into an even bulkier forme with its Power Construct Ability.

Access to great utility moves and Coil make it Zygarde a threatening Pokemon that can turn the tide of the battle in your team's favor.

Thousand Arrows is Zygarde's main attacking move - a Ground-type STAB that hits Flying-types, Pokemon with the Ability Levitate, or holding an Air Ballon.

This allows Zygarde to hit Flying-types that would otherwise wall it, such as Landorus (Therian Forme), Wash Rotom, and Corviknight to name a a few.

Coil boosts Zygarde's Attack, Defense, and Accuracy by 1 stage, allowing it to become even bulkier over the course of the match. Glare is its main support move, and is capable of inflicting paralysis on opposing Ground-type Pokemon.

It's last move is Substitute, which when set up, protects Zygarde from Status moves. Thanks to Zygarde's increased HP in itsComplete Forme, it's substitute is difficult to break - especially after it gets enough Coil boosts.

We're using a bulkier attacking EV spead for this Zygarde build. 236 HP and 60 Sp.Def EVs make it as bulky as possible, especially after Power Construct activates, while 212 Spd EVs make it as fast as possible.

Power Construct is Zygarde's best Ability. When its HP falls to half of its maximum, Zygarde changes to its Perfect Forme.

This changes its immediate stats. Its Perfect Forme is slightly slower than its 50% Forme, but its Base HP increases to 216.

At Level 50 and with the given HP EVs, Zygarde's Perfect Forme has an immediate 321 HP!

Since Zygarde lacks a recovery move outside of Rest, it's best to give it Leftovers to provide it passive healing.

How to Use Zygarde Effectively 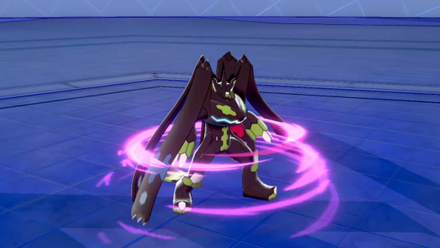 Great mixed defenses, powerful utility moves, and a great boosting move in Coil make Zygarde one of the premiere bulky attackers in Ranked Battle Series 8. It's capable of turning the tide of battle against powerful Legendary Pokemon such as Dialga,

Power Construct Makes it Even Bulkier 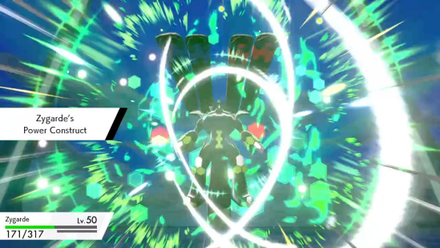 Zygarde's Power Construct makes it one of the most formidable bulky Pokemon. When its HP reaches half of its maximum, it changes to its Perfect Forme and its Base HP increase by 108 from its 50% Forme.

This makes Zygarde very difficult to beat, especially after it recovers its lost HP, allowing it to stay in matches without switching.

Zygarde's Power Construct increases the real value of its HP. This means that if its HP gets halved during Dynamax, it instantly recovers 216 HP. This makes it one of the best Dynamax users as it's essentially a free heal during Dynamax once it changes formes.

How to Build a Team with Zygarde

Zygarde is a great addition to any team and is best used as a Dynamax Pokemon. Due to its bulk and reliance on boosting moves, it's best used in balanced and defensive-oriented teams.

Zygarde is the perfect Dynamax Pokemon for defensive teams and is capable of stopping opposing Offensive teams once it changes to its Perfect Forme.

Zygarde functions as this team's lead, boosting its Attack, Defense, and Accuracy with Coil before Dynamaxing. It's best to Dynamax once Zygarde's HP is close to falling to half, so that it changes forme during Dynamax and gets a free heal from its Power Construct Ability.

Heatran is a great partner for Zygarde, boasting 4x Resistances to Fairy-types that Zygarde is weak to, and provides great special coverage for the team. 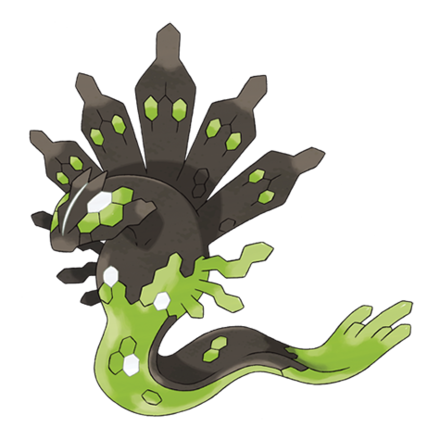 Overpower it with Ice and Fairy-type Moves

Despite Zygarde's massive bulk and Ability to instantly heal during Dynamax, it can get overwhelmed by strong Pokemon with Fairy and Ice-type coverage moves.

Zygarde is especially vulnerable to powerful Ice-types due to its 4x Weakness to the type, especially when targetted at its lower Special Defense stat.

In order for us to make the best articles possible, share your corrections, opinions, and thoughts about 「Zygarde - Moveset & Best Build for Ranked Battle | Pokemon Sword and Shield」 with us!