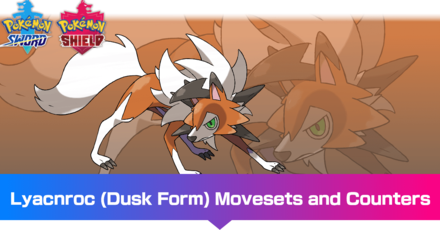 This is a strategy guide for using Lycanroc (Dusk Form) in competitive play for the games Pokemon Sword and Shield. Read on for tips on the best Nature, EV spreads, Movesets, and Held Items to use with Lycanroc (Dusk Form), as well as its strengths and weak points. 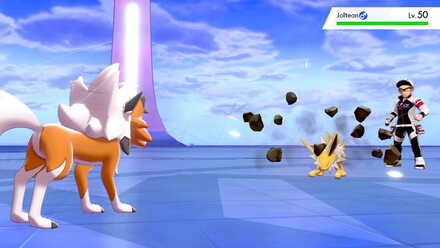 Lycanroc is a Pokemon with extremely high Attack and Speed. That said, it's brought down by its lackluster defenses, so it's usually played together with the Focus Sash.

Although Lycanroc's attacking power is high, it usually won't be able to pull off a 1HKO even against Pokemon with medium-level defenses without super effective damage, so using Counter together with the Focus Sash is ideal for laying on pressure.

Against opponents unsusceptible to Counter, like Special attackers and Ghost types, use Stealth Rock and Accelerock before getting KO'd, allowing your ace attacker to switch in and finish the job. 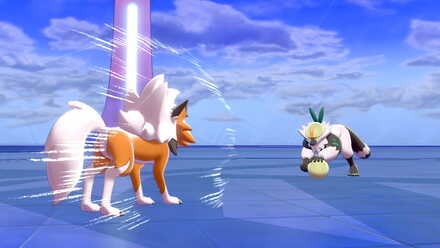 This build focuses on attack increasing held items to turn Lycanroc into a physical powerhouse. With its high attack and speed and access to Accelrock, Lycanroc can handle itself in a variety of situations.

Especially when given a Choice Band, if Lycanroc uses Accelrock on Cinderace it can take it down in one hit.

How to Use Lycanroc (Dusk Form) Effectively

Although Lycanroc has a high attack, its low defenses will prevent it from lasting long on the battlefield. Set up Stealth Rock first and then hit hard with Accelerock, getting the boost from Tough Claws. This will deal significant damage and allow its teammates to enjoy the Stealth Rock benefits.

Use Counter with Focus Sash

When Lycanroc is up against an ace attacker who's itching to swing at it with a massive club, Counter with Focus Sash will work wonders. When executed correctly, Counter should knock out the first opponent at bat, and Accelerock can leave its mark on the next Pokemon with its remaining 1 HP. Although it's not aiming for a full-party sweep, this is more than enough of a day's work for this good boy. 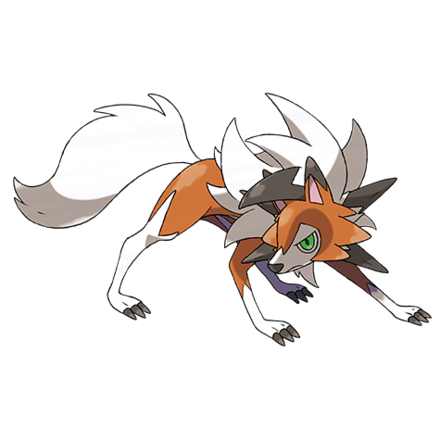 According to Ranked Battle info in the Pokemon HOME app (as of July 7th, 2020), Lycanrocs hold the Focus Sash 90% of the time. When up against Lycanroc, you'll be seeing Stealth Rock→Accelerock, Focus Sash Counter, or Focus Sash Endeavor almost all of the time.
To handle these limited pattern, cut its Speed with an attack like Rock Tomb, or break its Focus Sash with a set damage attack like Will-o-Wisp.

Best Teammates to Use with Lycanroc

Use an ace attacker to finish the job

After you've set the stage with Lycanroc, a sweeper with Life Orb or Weakness Policy can aim to wipe out the rest of the team. Fast attackers like Libero Cinderace and Nasty Plot Togekiss can do the job well.

Post (0 Comments)
Opinions about an article or post go here.
Opinions about an article or post
We at Game8 thank you for your support.
In order for us to make the best articles possible, share your corrections, opinions, and thoughts about "Lycanroc (Dusk Form) - Moveset & Best Build for Ranked Battle" with us!
When reporting a problem, please be as specific as possible in providing details such as what conditions the problem occurred under and what kind of effects it had.