How to Learn Egg Moves | Pokemon Sword and Shield

What is an Egg Move?

A special move taught by another Pokemon

An Egg Move is a special move which a Pokemon can learn when its parent knows the move, or when it is left in the Day Care with another Pokemon knowing the move.

Can be restored even if forgotten

If a Pokemon who learned an Egg Move chooses to forget it to make room for another move, Egg Moves can later be restored by taking the Pokemon to a Move Rememberer.

Leave Pokemon at a Day Care

By leaving two of the same Pokemon at a Day Care, an Egg Move known by one of the Pokemon can be learned by the other Pokemon as well.

However, a Pokemon which already knows 4 moves cannot learn an Egg Move, so make sure the Pokemon you want to teach an Egg Move has 3 moves or less before starting.

By leaving the two Pokemon above at a Day Care, Lucario B can learn Bullet Punch. According to official sources, Pokemon will not always learn all possible Egg Moves without fail, so wait a bit after leaving them to increase the chances of the move transferring.

Inherit from a Parent Pokemon

This is the traditional method for learning Egg Moves in the Pokemon series. When a Pokemon lays an egg, if the male or female parent Pokemon have a move which could be remembered by the child Pokemon as an Egg Move, the child Pokemon will be born already knowing that move.

Check the number of moves a Pokemon can inherit

When a Pokemon is born knowing Egg Moves, if there are five or more possible Egg Moves it could learn from its parents, there are rules in place which determine which of the Egg Moves the Pkemon will learn. Check the list of Egg Moves carefully if there's a certain move you definitely want the child Pokemon to learn.

Smeargle is not in Pokemon Sword & Shield 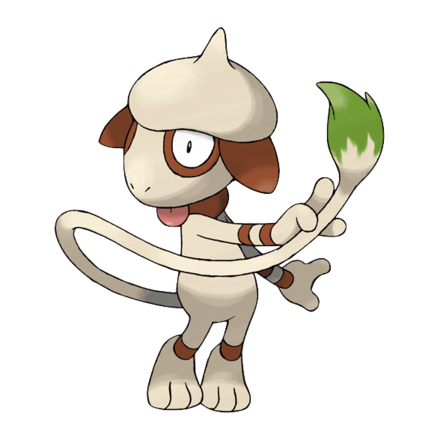 The Pokemon Smeargle, is able with its move Sketch to learn a wide variety of Egg Moves, which its children can subsequently learn, making it an essential tool for Egg Move teaching in previous games. However, Smeargle does not appear in Pokemon Sword and Shield. This causes certain Pokemon having a much more difficult time learning specific Egg Moves.

In order for us to make the best articles possible, share your corrections, opinions, and thoughts about 「How to Learn Egg Moves | Pokemon Sword and Shield」 with us!