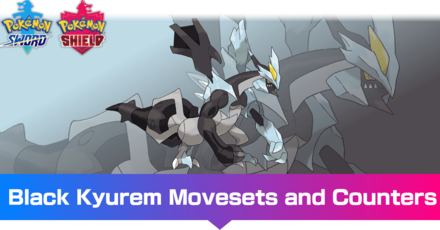 This is a strategy guide for using Black Kyurem in competitive play for the games Pokemon Sword and Shield. Read on for tips on the best Nature, EV spreads, Movesets, and Held Items to use with Black Kyurem, as well as its strengths and weak points. 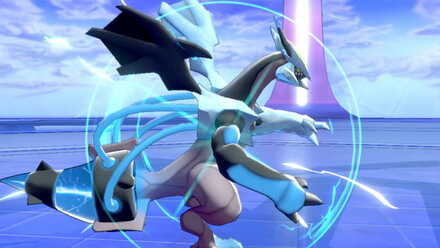 Black Kyurem is one of the most fearsome physical attackers in the Series 8 Metagame. Sporting a massive 170 Base Attack Stat and great offensive typing, it's often used as a Dynamax Lead as it can unleash exceptionally powerful Max Moves thanks to its high powered attacks.

Icicle Spear is Black Kyurem's main Ice-type STAB. Although it only has 25 Base Power, it's a multi-hit move that can hit 2 to 5 times. This allows Black Kyurem to break the opposing Pokemon's Substitute, Sturdy, or Focus Sash.

Fusion Bolt is its main coverage move and is a powerful Electric-type move with 100 Base Power that allows Black Kyurem to hit Water and Flying-types for super effective damage.

Outrage is its secondary STAB move and is a powerful Dragon-type attack that has great neutral coverage, but locks Black Kyurem into the attack for 2-3 turns until it becomes confused.

Its last move is Dragon Dance, boosting Black Kyurem's Attack and Speed stat by 1 stage. It's best used when you expect a switch.

We're using a basic physical attacking EV spread with full investment in Attack and Speed so that Black Kyurem hits as hard and as fast as possible, especially after a Dragon Dance boost. The remaining 4 EVs are invested in HP to round off its respectable bulk.

Teravolt is Black Kyurem's only Ability and is what makes it a very formidable physical attacker. This Ability ignores Abilities such as Lugia and Dragonite's Multiscale, Mimikyu's Disguise or Sturdy, allowing Black Kyurem to attack them directly.

Life Orb boosts the power of its moves by 30% at the cost of recoil damage.

Weakness Policy raises its Attack and Special Attack by two stages. Since Black Kyurem has many common weaknesses, it can easily get a boost using this held item.

How to Use Black Kyurem Effectively

Black Kyurem's high attack and great offensive typing make it a fearsome physical attacker in the current metagame, and is often used as the team's main Dynamax Pokemon or even a lead!

On top of its great coverage, it's also a valuable teammate in hyper offense teams as it can bypass an opposing Pokemon's Abilities with its Teravolt Ability.

How to Build a Team with Black Kyurem

Black Kyurem's massive attack stat make it an attractive choice for main Dynamax Pokemon for both offensive and defensive-oriented teams, but it's many weaknesses mean that it has to compete with stronger and bulkier Dynamax Pokemon.

With the right team support, Black Kyurem can establish offensive momentum at the very start of the battle and potentially steamroll through the opposing team if it manages to get a boost.

Use it as a Dynamax Lead in a Hyper Offense Team

Black Kyurem is a great choice as a Dynamax Lead in offensive-oriented teams thanks to its high powered moves and great offensive typing. Dynamax also gives it increased bulk, allowing it to survive and get a boost from Weakness Policy easily.

Black Kyurem's increased bulk during Dynamax lets it survive super effective moves that would otherwise KO it, allowing it to get a boost from Weakness Policy. It can then unlease powerful Max Hailstorm and Max Wyrmwind that sets up Hail and lowers the opposing Pokemon's Attack by 1 stage.

Eiscue appreciates Black Kyurem's setting up Hail with its Max Moves as it restores its Ice Face Ability, essentially giving it a free Substitute when it's hailing.

Alakazam rounds off the team by providing strong special coverage with its moves. Its Magic Guard Ability also gives it immunity to Hail generated by Black Kyurem's Max Hailstorm. 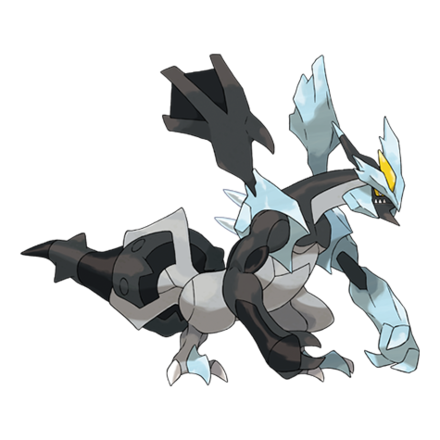 Despite its great defenses, Black Kyure is plagued by very common weaknesses to Fighting, Rock, Steel, Dragon, and Fairy-type moves.

Register as a member and get all the information you want. (It's free!)
Login
Opinions about an article or post go here.
Opinions about an article or post
We at Game8 thank you for your support.
In order for us to make the best articles possible, share your corrections, opinions, and thoughts about "Black Kyurem - Moveset & Best Build for Ranked Battle" with us!
When reporting a problem, please be as specific as possible in providing details such as what conditions the problem occurred under and what kind of effects it had.