How to Run Away from a Battle | Pokemon Sword and Shield 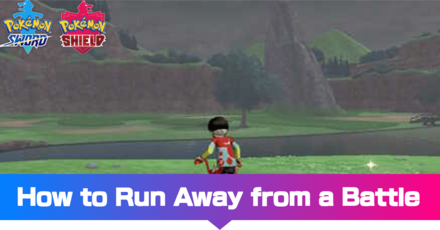 This page is a guide on how to run away from battles in Pokemon Sword and Shield. If you would like to know how to escape battle and the mechanics of running away, please read on.

What is Running Away? 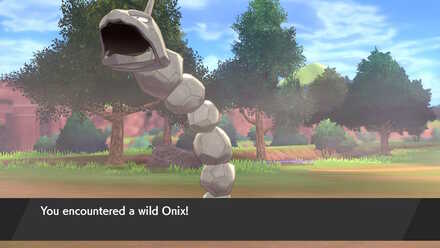 There are some battles that you will want to run away from. Perhaps you are low on HP, or you just do not want to waste your time on Pokemon encounters when there are fish to fry. Running, or escaping, lets you do just that. You can run away from many battles, but not all of them.

How Do You Run Away?

You can run away from a Battle if you are against a Wild Pokemon. If your Pokemon's speed is high enough, you will have a better chance of getting away successfully. Attempting to flee multiple times also increases your chances of getting away, but using an attack resets this. Additionally, Ghost-type Pokemon are able to run from battle, regardless of speed or level. Lastly, Pokemon with the ability Run Away are guaranteed to escape from battle.

When is it Harder to Run Away?

In Pokemon Sword and Shield, you will have an easier time escaping if your active Pokemon's Speed stat is higher than the opposing Pokemon. Typically this means that it will be harder to run from Pokemon that are higher leveled than you.

When you first enter the Wild Area, you will be encountering Wild Pokemon that are too powerful to battle, so you might need to use a Poke Doll. This doll attracts Pokemon, and can be used to flee from any wild Pokemon Battle.

There are certain instances when you cannot escape a wild Pokemon encounter, regardless of speed. This usually happens when the Wild Pokemon you are against used a move or has an ability that stops you from running away.

Moves that prevent you from escaping

You also cannot run away from Trainer Battles. However, if for whatever reason you do want to avoid a trainer battle, you can often sneak past a trainer by avoiding their gaze. This is done by moving behind them or timing your movement to stay out of their vision (if the trainer moves or looks around).

Battles inside the Dens of the Wild Area are some of the battles that you cannot escape from. So before entering a den, make sure that you and your Pokemon are ready to fight until the end.

In order for us to make the best articles possible, share your corrections, opinions, and thoughts about 「How to Run Away from a Battle | Pokemon Sword and Shield」 with us!