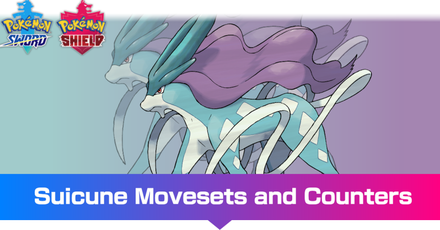 This is a strategy guide for using Suicune in competitive play for the games Pokemon Sword and Shield. Read on for tips on the best Nature, EV spreads, Movesets, and Held Items to use with Suicune, as well as its strengths and weak points. 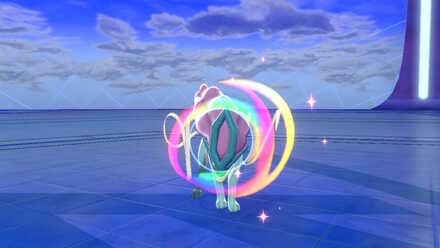 Suicune has a niche as a Calm Mind sweeper in Singles. Although it doesn't have an immediate offensive presence, it can clean up teams pretty well in the late game.

Substitute protects Suicune from status moves like Toxic and Yawn. Unlike other Substitute users, it's good HP stat means its substitutes won't break in one hit. Calm Mind boosts Suicune's Special Defense and Special Attack. The goal of this build is to get at least two or three Calm Mind boosts to effectively clean up the opposing team afterwards.

Scald is Suicune's main STAB move, and deals good damage after several Calm Mind boosts. It also has a 30% chance to burn the opponent, which conveniently patches up Suicune's great but uninvested defense stat.

Ice Beam is its main coverage moves and ensures Suicune can threaten Grass-types that will otherwise wall it.

We're using a modified EV spread with full investment in HP and 216 EVs into Speed. The remaining EVs are placed in Sp.Def since Suicune's Water typing attracts more special attacks.

Suicune's naturally high mixed defenses means it boasts great bulk even with little to no investment. This build ultimately relies on Calm Mind boosts and the attack cut from Scald's burn to improve its bulk.

We're using Pressure for this build. The opposing Pokemon loses 2 PP instead of 1 when facing off against Suicune.

This Suicune build requires Leftovers to stay healthy throuhgout the late game, especially if it needs to use Substitute again. 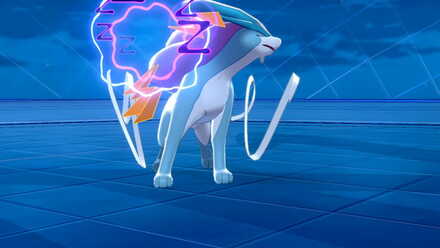 This build is based on a build popularized and made famous by Cromat, a prolific competitive player during Pokemon's Advance (Generation III) competitive battling scene who popularized Rest+Sleep Talk builds.

Although Cromat's legendary "CroCune" is no longer the unkillable Stallmon as it was in Generation III, it can still hold up against the current metagame's attackers.

Calm Mind boosts Suicune's Special Defense and Special Attack by one stage. Rest puts Suicune to sleep but restores all of its health and cures status, while Sleep Talk ensures it can still attack or boost with Calm Mind even when it's asleep.

It's main and only attacking move is Scald. This move has a nice 30% burn rate that can further boost Suicune's defense.

We're using a modified physicall defensive EV spread with full investment in HP and 160 EVs in Defense. The remaining EVs are placed in Speed so that it can outrun slower walls, such as Hippowdon and Toxapex.

We're using Pressure for this build. The opposing Pokemon loses 2 PP instead of 1 when facing off against Suicune.

This Suicune build requires Leftovers to stay healthy throuhgout the late game, especially if it needs to use Substitute again.

This is a more offensive build for Suicune using Life Orb. Substitute is replaced by Air Slash for more coverage. Try and get a Calm Mind or two safely against Pokemon that are bound to switch out or Pokemon that want to stall using Protect or any other defensive move. 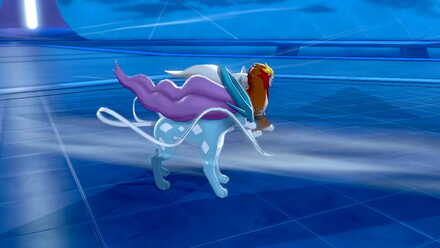 Suicune sets itself apart from other Tailwind Leads with its better HP and mixed bulk, as well as access to other moves that can support its teammates.

Tailwind is Suicune's main support move, doubling the speed stat of it and its teammates for three turns. Scald and Ice Beam are its main attacking moves, with the former potentially burning threats while the latter hits Grass, Dragon, and Flying-types for super effective damage.

It's last move is Helping Hand, boosting its partner's next move by 50%. Since this move has +5 priority, even teammates that are naturally faster than Suicune will get the power boost!

Since Suicune needs to withstand both physical and special attacks (often during the same turn) in Doubles, we're using a mixed defensive EV spread.

We're also putting 52 Special Attack EVs to boost Suicune's great Special Attack stat. Finally, 56 Speed Evs ensure it can outrun slower walls. The Speed EVs also ensure that it has Suicune has an immediate 224 Speed after a Tailwind, which makes it significantly faster than most walls and even some sweepers.

We're using Inner Focus for this Suicune. This ability prevents it from flinching, which is very useful when it's facing off against an opposing lead with Fake Out.

We're giving Suicune Sitrus Berry this time around as it provides immediate healing whereas Leftovers needs more turns to provide the same amount of healing. Wiki Berry is an alternative if you already have another Pokemon using Sitrus Berry.

How to Use Suicune Effectively

Use it as a Rest Talker

Suicune is arguably the most famous "Bulky Water", and saw dominance in Generation III as an unbreakable and unstoppable wall that had the potential to sweep teams in the late game.

While it's no longer the best Bulky Water in the metagame, it still has a niche as one of the few effective "Rest Talkers" as popularized by Cromat's "CroCune" set. Despite this, it's best used in the late stages of the battle as a cleaner or a status absorber.

In the current metagame, Suicune functions more as a bulky late-game sweeper than an actual defensive Pokemon. To separate it from other and more effective Bulky Waters, it's best played as a setup sweeper that can withstand attacks instead of as an outright defensive wall.

How to Build a Team with Suicune

Suicune's niche as the metagame's Bulky Water has been overtaken by the likes of Toxapex and Jellicent, but it still has a niche as a support Pokemon in Doubles!

Suicune differs from other Tailwind supporters by being slower and bulkier. Although it may not always set up Tailwind first, it's not a one-trick pony either! Unlike other Tailwind setters, it can further support its team either with Helping Hand, Icy Wind, or as a phaser with Roar - forcing setup sweepers to switch out and lose their boosts. 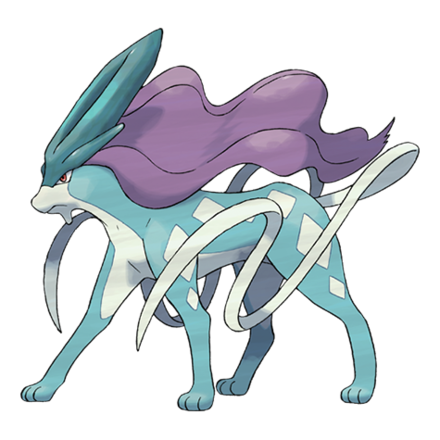 Use Electric-Type Pokemon to counter

Suicune is weak against Electric-type Pokemon. Make sure you take advantage of this by using Pokemon that hit hard.

Check it With a Pokemon that can use Taunt

Suicune is reliant on setting up with Calm Mind or using Rest and Sleep Talk to stall teams. Even the Doubles Support build primarily uses Status moves. All of these strategies are easily shut down by using Taunt, forcing Suicune to switch or risk becoming setup fodder.

In order for us to make the best articles possible, share your corrections, opinions, and thoughts about 「Suicune - Movesets & Best Build for Ranked Battle | Pokemon Sword and Shield」 with us!