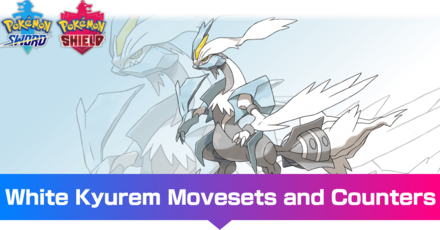 This is a strategy guide for using White Kyurem in competitive play for the games Pokemon Sword and Shield. Read on for tips on the best Nature, EV spreads, Movesets, and Held Items to use with White Kyurem, as well as its strengths and weak points. 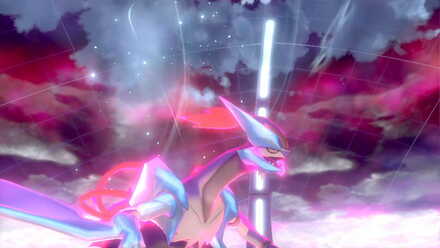 White Kyurem is one of the many threatening sweepers introduced in the Series 8 Metagame. It's great special coverage and ability to ignore opposing Pokemon's Abilities with Turboblaze makes it a powerful special attacker that can easily establish offensive momentum for the team.

Freeze-Dry is its secondary STAB, and while weaker than Ice Beam, has the added utility of hitting Water-types for super effective damage. This allows White Kyurem to beat bulky Water-types such as Toxapex, Jellicent, and Gastrodon.

Earth Power provides great neutral coverage and allows White Kyurem to threaten Rock-types such as Tyranitar and Terrakion, while Fusion Flare gives it a strong Fire-type move to threaten Steel-types such as Corviknight.

We're using a basic special attacking EV spread with a Timid Nature to capitalize on White Kyurem's high offensive capabilities. With full investment in Special Attack and Speed, White Kyurem hits hard and as fast as possible. The remaining 4 EVs are invested in HP to round off its bulk.

Turboblaze is White Kyurem's only Ability and is what makes it a very formidable special attacker. This Ability ignores Abilities such as Lugia and Dragonite's Multiscale, Mimikyu's Disguise, or Sturdy, allowing White Kyurem to attack them directly.

Weakness Policy gives it a +2 Attack and Special Attack boost when hit by a super effective move.

Life Orb boosts the power of White Kyurem's moves by 30% at the cost of some recoil damage.

How to Use White Kyurem Effectively

Thanks to Turboblaze and coverage moves such as Fusion Flare, it's also very difficult to switch into - with even Rock and Steel-types even being heavily damaged by its powerful moves.

Turboblaze Lets it Beat its Counters

White Kyurem's Turboblaze Ability lets it beat and even KO its usual checks and counters as it ignores the effects of the opposing Ability. Heatran, for example, can't switch into White Kyurem's Fusion Flare since it nullifies its Flash Fire Ability!

Despite this, there are some Pokemon whose Abilities ignore White Kyurem's Turboblaze. These include Necrozma and its two formes who all have Prism Armor.

How to Build a Team with White Kyurem

White Kyurem is easy to fit into many teams, but faces some competition from other legendary Pokemon for the team's main Dynamax Pokemon. Additionally, it's Max Hailstorm creates Hail that is debilitating to non Ice-types.

As a result, it's best to build a team around White Kyurem instead of simply putting it on a team.

White Kyurem is a great choice for main Dynamax Pokemon for Hail Teams as it provides some much needed special coverage that most special attacking Ice-types can't provide.

Abomasnow serves as this team's weather lead. Thanks to its lower speed, it will always retain Hail against faster weather setters. It also boosts White Kyurem's defenses with Aurora Veil and provide phazing support with Leech Seed.

Reuniclus serves as this team's defensive pivot. Although it doesn't benefit from Aurora Veil, it provides this team with valuable Fighting-type resist thanks to its Psychic typing. It's Magic Guard Ability also prevents residual damage from Hail and status, and can restore its HP with Recover.

White Kyurem will have an easier time switching in once Abomasnow once it sets up Aurora Veil. It can then Dynamax to get an HP boost and proceed to fire powerful Max Hailstorms, Max Flares, and Max Wyrmwinds. 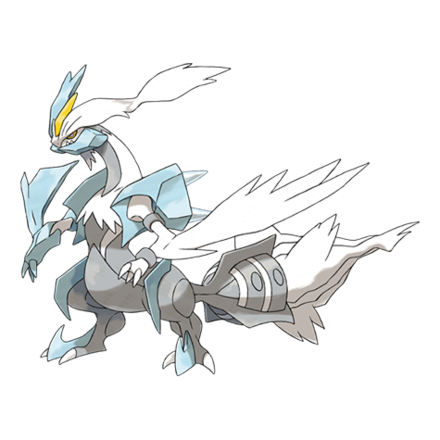 Overpower it with a Physical Attacker

Although White Kyurem has generally high stats and bulk, it's 90 Base Def is relatively low. It doesn't help that it's an Ice-type, which means it's weak to moves that are usually physical attacks, such as Fighting and Steel.

It also has a mediocre Speed stat, allowing faster physical attackers to outrun and KO it with their STAB moves.

Check it with a Specially Defensive Pokemon

Despite its powerful special attacks, there are many specially defensive Pokemon that can wall it and force it out with their support moves.

In order for us to make the best articles possible, share your corrections, opinions, and thoughts about 「White Kyurem - Moveset & Best Build for Ranked Battle | Pokemon Sword and Shield」 with us!