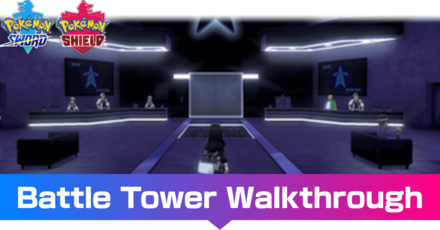 This is a walkthrough for the Battle Tower in Pokemon Sword and Shield. If you would like to know about the modes in Battle Tower, how to win battles, tier rewards, as well as recommended teams for Battle Tower, please read on.

What is the Battle Tower?

A facility for competitive battling

The Battle Tower is a place in Wyndon specialized for battling other trainers. It is unlocked after entering the Hall of Fame, and it is primarily used for enjoying participating in tough Pokemon battles.

Engage in Single or Double Battles 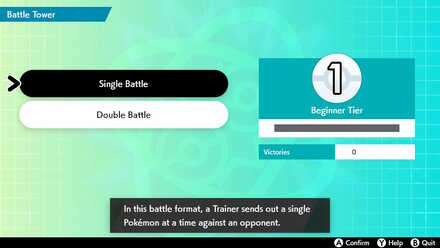 Both Single and Double Battles are present in the Battle Tower. A fixed level rule is used here, so all Pokemon will be fought at level 50. 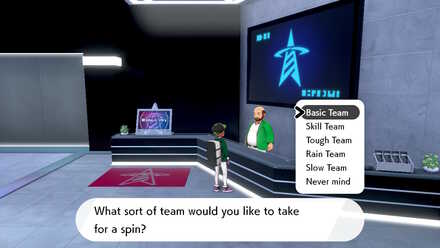 Rental Teams can be used if you do not have your own team that has been built for battling. They have held items and good moves to choose from, so it is quite easy to borrow these teams and win your way to the top.

Teams that revolve around Zacian

The party above is centered around Zacian's attack ability, and Inteleon can be used to cover Zacian's bad matchups (namely Fire and Ground types). Finally, Mimikyu is a powerful Pokemon who can easily find a spot in any team.

Teams that suppress enemies with Eternatus

If you do not have Zacian, use Eternatus to overpower your enemies. While holding the Choice Specs, Eternatus can use Dynamax Cannon to one-shot nearly any enemy.

Even if your Eternatus faints, having Aegislash to counter Fairy types and the always useful Mimikyu on standby will safely lead you to victory. 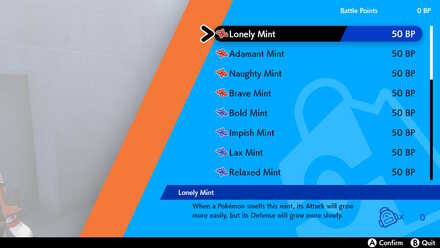 You receive BP (Battle Points), which can be traded for other items, by completing battles in the Battle Tower. Since you can use these on Battle Items and Mints (which change the effects of a Pokemon's Nature), it will be very important to collect a lot of these before battling online.

The Tiers in Battle Tour are divided into Pokeballs. You will receive rewards for each time you rank up. For a list of obtainable rewards, see below. 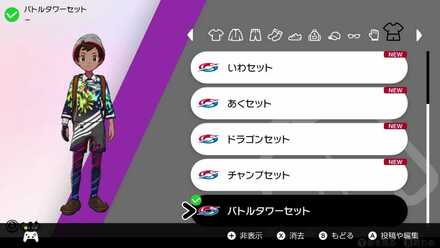 Things to Do in the Battle Tower 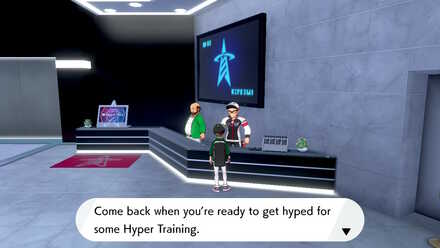 In the Battle Tower, there is a feature called Hyper Training, which will allow you to max out a Pokemon's IVs. Hyper Training only works on level 100 Pokemon, and it will require Bottle Caps or Gold Bottle Caps.

After reaching the Poke Ball Tier, the Judge Function will be unlocked. This lets you check a Pokemon's IVs from your Box, making it very easy to find out which Pokemon that you have caught have good stats.
How to Unlock the Judge Function

Type: Null, a Pokemon from Pokemon: Sun and Moon, can be obtained in the Battle Tower. If you want to get Type: Null with the best IVs and Nature, be sure and save right before speaking to the character who gives this Pokemon to you.

See more comments (4 Comments)
Opinions about an article or post go here.
Opinions about an article or post
We at Game8 thank you for your support.
In order for us to make the best articles possible, share your corrections, opinions, and thoughts about "Battle Tower Walkthrough and Recommended Party" with us!
When reporting a problem, please be as specific as possible in providing details such as what conditions the problem occurred under and what kind of effects it had.