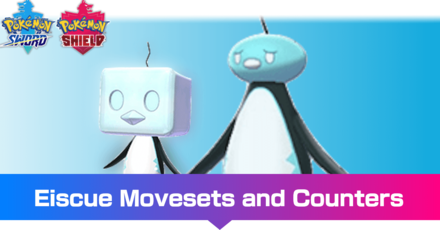 This is a strategy guide for using Eiscue in competitive play for the games Pokemon Sword and Shield. Read on for tips on the best Nature, EV spreads, Movesets, and Held Items to use with Eiscue, as well as its strengths and weak points. 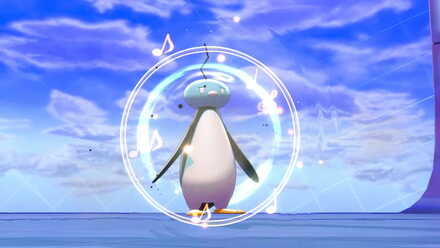 With its ability Ice Face, it's guaranteed to get in at least one move against Physical attackers. This set uses this opportunity to set it up as an attacker. While absorbing the first hit with no damage, it can use Belly Drum to maximize its Attack, then using the Speed boost it receives in its Noice Face form, smash the opponent first for massive damage. 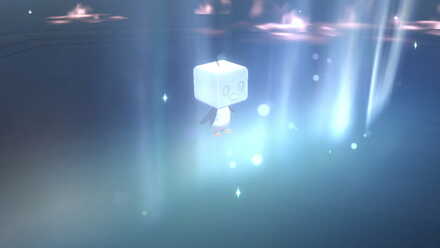 This set takes advantage of Ice Face and its potential to use any Physical opponent as an opportunity to set up. When sending it out against a Physical opponent, use Hail to rejuvenate its Ice Face, then put up an Aurora Veil.

After using Aurora Veil, Head Smash will hit the opponent hard, with the Ice Face absorbing the recoil damage and breaking in the process. On the other hand, when dealing with a fast opponent, Icy Wind can also be a great option for setting up its teammates to outspeed the foe.

How to Use Eiscue Effectively

An Ability to counter any Physical opponent

The Ice Face Ability is both Eiscue's central gimmick, and the core of its battle strategy. By taking one Physical hit with no damage, then switching into its fast Noice Face form to outspeed, Eiscue can be formidable against Physical attackers without having to worry about the type of move the opponent will use.

In essence, Eiscue receives a free turn to act without fear of damage, so it's how you decide to use that turn that determines its effectiveness. 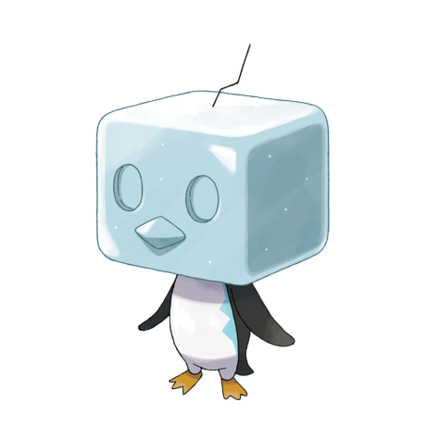 Hit its weak point with a Special attacker

Although it's a beast against Physical attackers, Eiscue can't use its Ability's advantages against a Special attacker, and will stay trapped in its sluggish Ice Face form. Before it can pull off a Belly Drum, slam it without a powerful Special move.

Use an attacker which can bypass its Ability

Although Ice Face is an extremely powerful Ability, there are some unique techniques to counter it, such as the Ability Mold Breaker, which ignores opponents' Abilities, and multi-hit attacks like Icicle Spear, which can break through Ice Face with the first hit and continue to deal damage.

Post (1 Comments)
Opinions about an article or post go here.
Opinions about an article or post
We at Game8 thank you for your support.
In order for us to make the best articles possible, share your corrections, opinions, and thoughts about "Eiscue - Moveset & Best Build for Ranked Battle" with us!
When reporting a problem, please be as specific as possible in providing details such as what conditions the problem occurred under and what kind of effects it had.