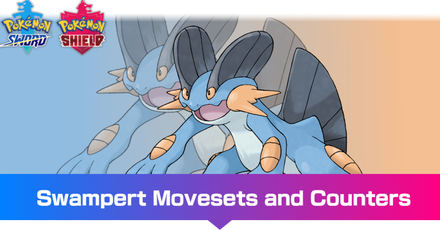 This is a strategy guide for using Swampert in competitive play for the games Pokemon Sword and Shield. Read on for tips on the best Nature, EV spreads, Movesets, and Held Items to use with Swampert, as well as its strengths and weak points. 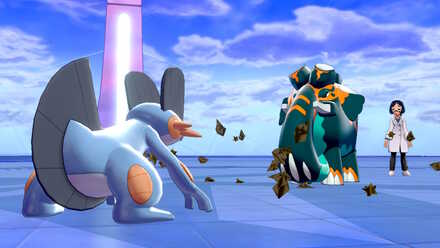 Swampert is a good defensive Pokemon, boasting key resistances to common attacking types such as Rock, Electric, Steel, Fire, and Poison-types. This makes it a great defensive lead for a team that needs a reliable entry hazard setter.

Stealth Rock sets up entry hazards for your team, helping them net important KOs thanks to chip damage. Yawn allows it to phaze opposing Pokemon, forcing them to switch and get residual damage from Stealth Rock or risk falling asleep.

Earthquake is its main STAB move while Flip Turn allows it to quickly pivot to a teammate if it's facing a Pokemon it can't counter.

We're using a standard defensive set with full investment in HP and 220 Defense EVs. The remaining 36 EVs are placed in Special Defense to round off its bulk.

Torrent is the preferred Ability for this Swampert. When its HP drops down to 1/3 of its maximum health, it gets a 50% Attack or Special Attack boost when using a Water-type move.

Damp is another good Ability that prevents the moves Self-Destruct, Explosion, and Misty Explosion. It also prevents the effects of the Ability Aftermath.

Swampert can use Sitrus Berry that heals it a good amount once its HP gets cut in half or Rindo Berry so that it can better resist Grass-type moves.

How to Use Swampert Effectively

Use it as a Lead Support Pokemon

Swampert is a great lead support Pokemon thanks its great dual-typing, which gives it a lot of resistances and only one weakness. It's one of the few lead defensive Pokemon that can use the Stealth Rock + Yawn strategy, making it an invaluable Pokempn for teams lacking in a bulky lead.

What sets Swampert apart from other entry hazard setters is Flip Turn, which allows it to quickly pivot from the battle once it's done setting up with Stealth Rock or phasing with Yawn. Swampert's naturally high physical attack also means that Flip Turn deals good damage even without investment,

How to Build a Team with Swampert

Use it as an Entry Hazard Setter

Swampert faces some competition from stronger bulky attackers, but it has a niche as an entry hazard setter and even phaser thanks to its resists.

Swampert makes a great defensive lead and plays an important role in setting up Stealth Rock for the rest of its team. 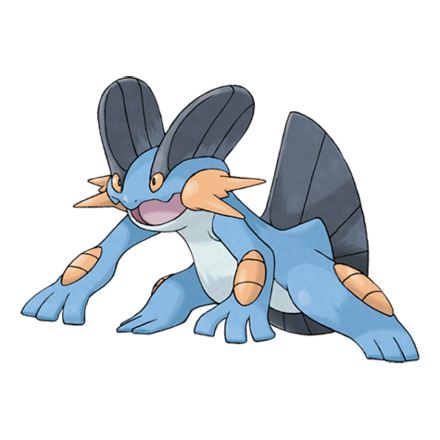 Counter it with Tapu Fini

Tapu Fini is the best counter to Swampert as its Misty Surge ability sets up Misty Terrain, which prevents status moves such as Yawn from working. Tapu Fini needs to be aware of other terrain setters though, but in a one-on-one match, Swampert can't do much against it.

Swampert's typing leaves it with only a weakness to Grass-types. It's best to use a Pokemon that has a Grass-type coverage move to surprise Swampert with a KO.

See more comments (3 Comments)
Opinions about an article or post go here.
Opinions about an article or post
We at Game8 thank you for your support.
In order for us to make the best articles possible, share your corrections, opinions, and thoughts about "Swampert - Movesets & Best Build for Ranked Battle" with us!
When reporting a problem, please be as specific as possible in providing details such as what conditions the problem occurred under and what kind of effects it had.