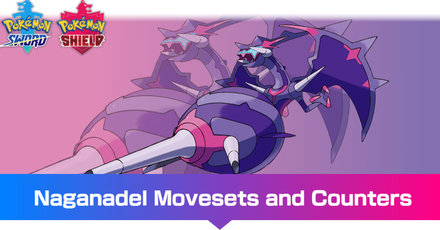 This is a strategy guide for using Naganadel in competitive play for the games Pokemon Sword and Shield. Read on for tips on the best Nature, EV spreads, Movesets, and Held Items to use with Naganadel, as well as its strengths and weak points. 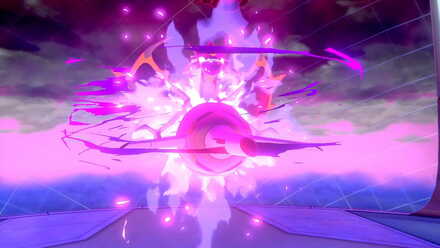 Naganadel is a fearsome setup sweeper in both Singles and Doubles. High speed and special attack, as well as a speed boosting ability, make it a great Dynamax lead that that's difficult to revenge kill once it gets enough boosts.

Draco Meteor is its secondary STAB and is best used during Dynamax to avoid the special attack drop. It also hits slower Dragon-types like Garchomp and Dragonite.

Fire Blast is its last move and is mostly for coverage, hitting Steel-types that take little damage from the rest of Naganadel's moves.

We're using a straightforward special attacking EV spread with full investment in Special Attack and Speed so that Naganadel hits as hard and as fast as possible. The remaining EVs are placed in Special Defense to boost its bulk.

Life Orb boosts the power of Naganadel's moves at the cost of some residual damage. 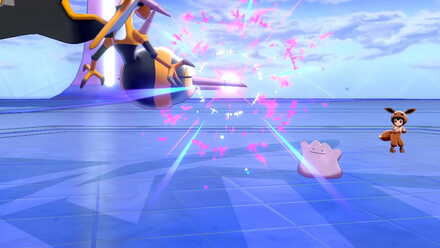 Naganadel can also forgo Nasty Plot and fill the role of a revenge killer with Choice Scarf.

Draco Meteor coming from Naganadel's high special attack dents anything that doesn't resist it, and can even knock out frailer Pokemon. Sludge Wave is its secondary attacking move, hitting Fairy and Grass-types for super effective damage.

Fire Blast hits Steel-types like Ferrothorn while U-Turn lets it quickly pivot from the battle.

We're using a straightforward special attacking EV spread with full investment in Special Attack and Speed so that Naganadel hits as hard and as fast as possible. The remaining EVs are placed in HP to boost its bulk.

Choice Scarf doubles Naganadel's speed but restricts it from using other moves during its turn.

How to Use Naganadel Effectively

Use it as a Lead Setup Sweeper

Naganadel has the potential to outrun its checks and counters if it gets enough boosts from its Beast Boost ability. That's why it's best used early in the game as a lead so that it can setup with Nasty Plot and fire off powerful special attacks once it Dynamaxes.

How to Build a Team with Naganadel

Naganadel is easy to fit in both offensive and balanced teams due to its great stats and access to good coverage moves. Both the Nasty Plot and Choice Specs are useable in Singles and Doubles, although for the latter, it's important to find the right partner for it.

Naganadel is an effective setup sweeper in Doubles, especially if its partnered with a Pokemon that can provide it redirection support.

Indeedee (Female) is a great partner for lead Naganadel in Doubles as it provides redirection support with Follow Me. This ensures Naganadel can set up Nasty Plot and sweep with its STAB moves. Indeedee also has Protect to ensure it doesn't get hit by Naganadel's Sludge Wave.

After setting up with Nasty Plot, Naganadel can freely sweep with its special attacks. It can also Dynamax, and use Max Ooze to further boost it and its team's Special Attack stat. 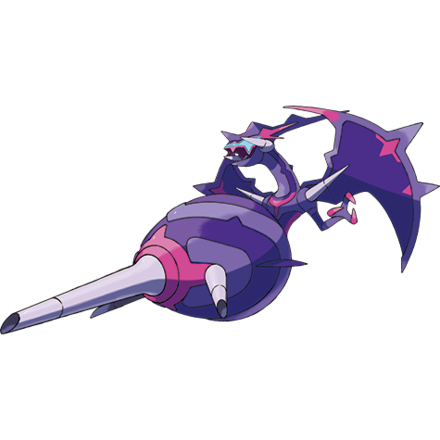 Naganadel's dual typing and move coverage make it a fearsome sweeper, but there are some Pokemon that not only resist this dual coverage but can also take advantage of Naganadel's weakness to Ground-type moves. Heatran, in particular, resists all of Naganadel's moves and can threaten it with Earth Power.

Mimikyu will have an easy time to set up with Swords Dance due to the free turn provided by Disguise. Disguise also keeps Mimikyu safe from Naganadel's Poison moves. Meanwhile, Mimikyu can hit back with STAB Fairy moves, or even a priority-move in the form of Shadow Sneak.

In order for us to make the best articles possible, share your corrections, opinions, and thoughts about 「Naganadel - Moveset & Best Build for Ranked Battle | Pokemon Sword and Shield」 with us!