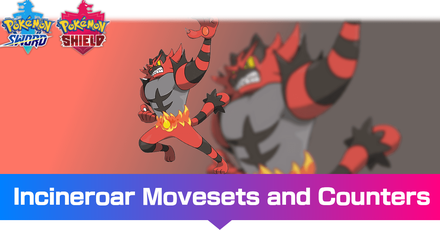 This is a strategy guide for using Incineroar in competitive play for the games Pokemon Sword and Shield. Read on for tips on the best Nature, EV spreads, Movesets, and Held Items to use with Incineroar, as well as its strengths and weak points. 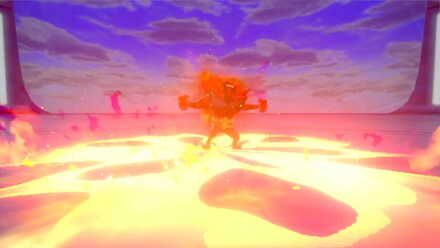 Incineroar is a surprisingly great offensive pivot, with its dual typing and Intimidate Ability letting it freely switch into the common Ghost, Dark, Grass, and Fire-types in the current metgame.

Burning Jealousy is a great utility move that does decent damage and also inflicts a burn if the target has its stats raised. Protect lets its scout opposing moves and wait out while burn deals residual damage to the opponent.

Parting Shot is a great utility move that lowers the opponent's Attack and Special Attack by 1 stage as it's switching out of the battle. It's last move is Darkest Lariat and is a solid Dark-type STAB that ignored Defense and Evasion boosts.

We're using a defensive EV spread and a speed hindering nature with full investment in Defense and 132 HP EVs and 124 Sp.Def EVs to make it as bulky as possible.

Figy Berry restores Incineroar's HP by 1/3 once its HP reaches 1/4 of its maximum.

Sitrus Berry restores Incineroar's HP by 25% of its maximum HP if its HP falls below 50%. 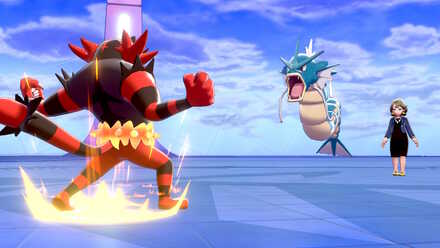 Incineroar's respectable bulk and Intimidate make it a great offensive pivot and bulky physical attacker, and it can stay healthy throughout prolonged matches as long as it keeps attacking.

Flare Blitz is Incineroar's strongest STAB move, but deals recoil damage at the end of every turn. Darkest Lariat supplements this - a Dark-type STAB that ignores the target's Defense and Evasion boosts.

Drain Punch is its main recovery move and provides great neutral STAB courtesy of it being a Fighting-type move.

Thanks to its Intimidate Ability and respectable STAB, Incineroar has plenty of opportunities to set up with Swords Dance to boost its offensive capabilities even further.

We're using a bulkier physical attacking EV spread with 212 HP EVs and full investment in Attack. The remaining EVs are split between Sp.Def and Speed - 36 Spd EVs ensure it outruns slower walls, while 4 Sp.Def EVs round off its bulk.

Sitrus Berry restores Incineroar's HP by 25% of its maximum HP if its HP falls below 50%. 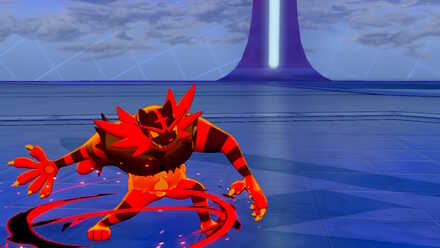 Incineroar can further boost its special defensive capabilities by wearing an Assault Vest, letting it freely switch into the many Ghost, Dark, Grass, and Fire-types in the current metgame.

U-Turn is Incineroar's main pivoting move, letting it quickly switch out of a battle while dealing damage. Darkest Lariat is a Dark-type STAB that ignores the opposing Pokemon's Defense and Evasion boosts.

Bulldoze is a Ground-type coverage move that also lowers the opposing Pokemon's Speed stat by 1 stage. It's last move is Flare Blitz, which deals high damage but also inflicts recoil at the end of every turn.

We're using a specially defensive EV spread and a speed hindering nature. 244 HP EVs and 172 Sp.Def EVs make it a bulky as possible on its special side, while 92 Atk EVs allow it to still hit hard with its STAB moves.

This build relies on the Assualt Vest item, which boosts Icineroar's Special Defense by 50% but prevents it from using status moves. 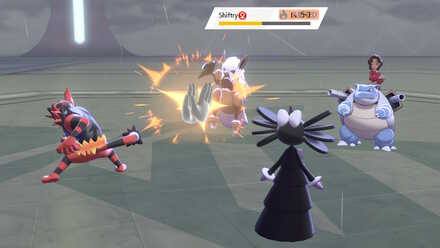 Incineroar is one of the most commonly used lead support Pokemon in the Doubles metagame thanks to its great utility moves. In particular, it's Parting Shot move makes it a great answer to lead setup sweepers in the battle format.

Fake Out lets Incineroar scouts the opposing team and can also break Focus Sash and Sturdy. It also interrupts setup sweepers, allowing Incineroar's partner overpower it during that turn. Flare Blitz is its main STAB move and deals great damage despite the lack of Attack investment.

It's last two moves are for support. Taunt prevents setup sweepers and defensive Pokemon from using status moves, while Parting Shot lowers the opposing Pokemon's Attack and Special Attack by 1 stage as it switches out.

This build uses a mixed defensive set with a focus on its physical side. 252 HP EVs and 148 Def EVs make it as physically bulky as possible, while 108 Sp.Def EVs round off its special bulk.

This build uses the Safety Goggles held item. Not only does this nullify the effects of powder moves like Spore and Rage Powder, it also protects Incineroar from residual damage dealt by Sandstorm and Hail.

How to Use Incineroar Effectively

Incineroar is overshadowed by stronger physical attackers, but it's of the best offensive pivots in the current metagame courtesy of its great selection of utility and support moves, as well as its Intimidate Ability.

It's best played in a more supportive role than a straightforward attacker. Even attacking varaints rely on its respectably bulk to differentiate it from other attackers in the metagame.

Incineroar received Burning Jealousy in the Isle of Armor expansion pack, and is a great utility move that lets it inflict burns on Pokemon that have their stats raised.

This makes Incineroar a great answer to setup sweepers as it can easily burn them and stop their offensive momentum.

How to Build a Team with Incineroar

Incineroar is very easy to fit into different teams, although it often fills the role of a support or a bulky attacker.

A Bulky Pivot for Defensive Teams

Icineroar's plethora of support moves let it fit perfectly in more defensive-oriented teams, filling the role of a supporter and burn spreader.

This team leads with Metagross, who can Dynamax and bolster the team's defense and offenses with Max Steelspike and Max Knuckle respectively. It can also set up Psychic Terrain with Max Mindstorm to protect its teammates from priority moves.

Vaporeon rounds off this team by providing Wish support, with its great HP and Defense letting it easily switch into physical attacks that can wear down its teammates. It also synergizes well with Incineroar as both have typings that cover each others weakness.

Incineroar makes a great bulky lead Dynamax, although it needs to setup Swords Dance first before Dynamaxing. It can then support its teammates with Max Darkness and Max Knuckle, and can also set up Sunny Day with Max Flare.

Garchomp is the team's main physical attacker and appreciates the Attack boost it gets with Max Knuckle, letting it immediately attack with its boosted moves without setting up.

Venusaur is this team's special attacker and really appreciates the Sunny Day Incineroar sets up, activating its Chlorophyll Ability and doubling its speed while also letting it instantly fire off Solar Beam.

Incineroar serves as this team's scout and lead, using Fake Out to interrupt the opposing team's leads and setup sweepers and Taunt to shut down support Pokemon.

Dragonite appreciates this, letting it safely set up with Dragon Dance and Dynamax afterwards. It can also support its team with Max Airstream, boosting the entire team's Speed stat by 1 stage.

Amoonguss serves as this team's redirection support and is the teammate Incineroar should always directly switch into when it uses Parting Shot.

Gardevoir serves as this team's special attacker, easily switching into Dragon-type moves targetted at Dragonite.
How to Build a Doubles Team 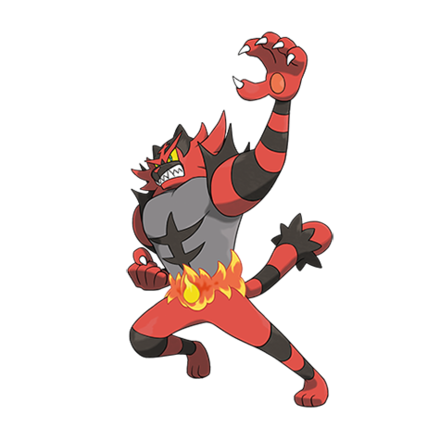 Overpower it with a Special Attacker

Counter it with Bulky Water Pokemon

Both defensive and offensive variants have trouble dealing with bulky waters as even when inflicted with Taunt, they can deal considerable damage to Incineroar.

In order for us to make the best articles possible, share your corrections, opinions, and thoughts about 「Incineroar - Moveset & Best Build for Ranked Battle | Pokemon Sword and Shield」 with us!