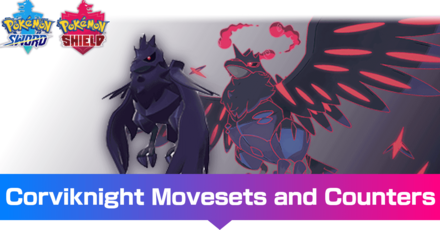 This is a strategy guide for using Corviknight in competitive play for the games Pokemon Sword and Shield. Read on for tips on the best Nature, EV spreads, Movesets, Builds, and Held Items to use with Corviknight, as well as its strengths and weak points.

How to Learn Corviknight's Egg Moves 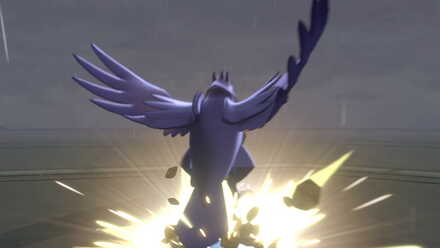 A tank that takes advantage of its Stats

Corviknight combines a wonderful dual-typing of Flying and Steel with a high Base Defense to make it a great physical defender. With its Rocky Helmet, it can also deal damage back to enemies who hit it with contact moves. As a physical defender, it'll be receiving a fair share of physical moves, allowing Rocky Helmet to prove its worth in battle.

A moveset powerful even against other tanks

Corviknight is a holder and STAB-receiver of Iron Head, a move super-effective against the threats Mimikyu and Tyranitar, as well as Body Press to take out Excadrill. It can also use Taunt to disable stallers, as well as Roost to recover its HP and hold strong in battles of attrition, allowing Corviknight to fare well against both physical attackers and defenders. 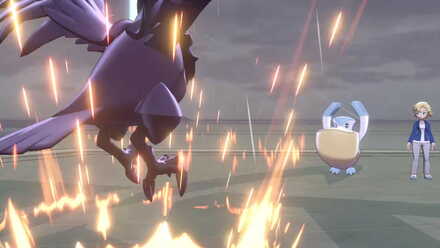 This build allows Corviknight to come into its own as a simultaneous attacker and defender. When attacking, it's proficient with the STAB-giving Brave Bird, and against Flying-resistant Rock and Steel types, it can use Body Press instead.

Can withstand attacks and power up

By making it hold Leftovers, restoring its HP every round, and using Roost to recover its HP, Corviknight can hold its ground against physical attackers and use Bulk Up to raise its Attack and Defense, further powering it up as both an attacker and defender.

Maranga Berry is held to boost Corviknight's Special Defense stat if it is hit by a special move.

How to Get Gigantamax Corviknight

Initially relying on its Speed, Gigantamax Corviknight can start with Taunt and followup with Bulk Up to improve its defenses.

When Gigantamaxed, Brave Bird will be used as the main attack.

After Gigantamaxing and returning to normal, take advantage of Corviknight's Speed and use Roost to regain any lost HP.

EVs are allocated to HP to allow it to be durable and take a bit more damage.

Additionally, giving max EVs to Speed will allow it to move first with Taunt.

Weakness Policy is held so Corviknight's Attack stat can be raised when it is hit by Fire- or Electric-type moves.

How to Use Corviknight Effectively

Above all, Corviknight is solid in its physical defensive role. Its Base HP and Defense are both high, and with Electric and Fire as its only weaknesses, compared to a whopping 10 resisted types, it's recommended for a variety of party arrangements. Its strength against threatening Tyranitar/Excadrill teams, as well as the omnipresent Mimikyu, are notable.

A wide movepool to choose from

Corviknight can learn a wide range of moves, allowing it to fulfill a variety of roles in a team. It can use Roost and Taunt to hold its own against defensive Pokemon, as well as Iron Defense and Bulk Up to power itself up, or even Whirlwind to act in a supporting role.

Best Pokemon to Use With Corviknight

Corviknight's weakness against Fire and Electric-type attacks makes it vulnerable to special moves. It is therefore recommended to let Corviknight team up with Pokemon that can take these moves or those that are durable against special attacks. 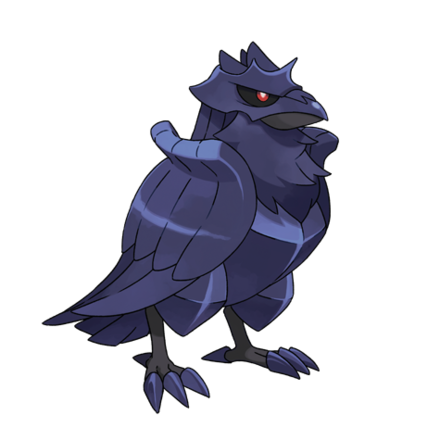 Compared to its excellent Defense, Corviknight's Special Defense is middling. When faced with Corviknight, attacking its weak point with a Special Move like Thunderbolt or Fire Blast can deal heavy damage.

In order for us to make the best articles possible, share your corrections, opinions, and thoughts about 「Corviknight - Moveset & Best Build for Ranked Battle | Pokemon Sword and Shield」 with us!