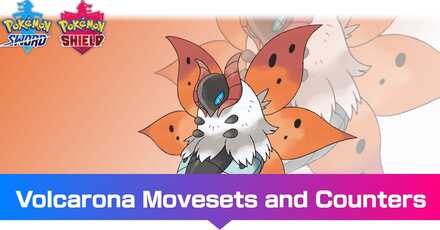 This is a strategy guide for using Volcarona in competitive play for the games Pokemon Sword and Shield. Read on for tips on the best Nature, EV spreads, Movesets, and Held Items to use with Volcarona, as well as its strengths and weak points. 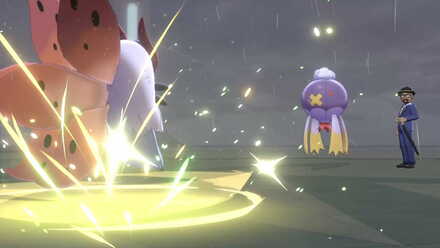 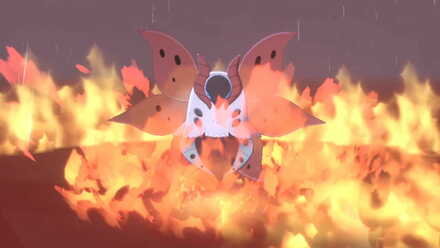 By using the Choice Scarf on Volcarona, you can ready it for switch-heavy battles. Although Volcarona is typically used with Quiver Dance, this set changes focus to allow for quick-switching. It can use U-turn to change the flow of battle, and hit first with powerful moves like Overheat without worrying about the stat drop.

This Volcarona build was used by Kindoku, who placed 7th in season 10. The Timid nature allows it to outspeed most Pokemon. Take advatange of Focus Sash to set up a first turn Quiver Dance. Bug Buzz and Fiery Dance are great STAB moves while Giga Drain is a coverage move against Rock and Water-Types. 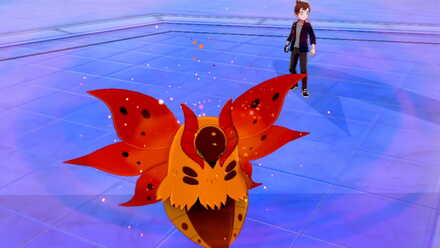 Volcarona can also function as a bulky offensive Pokemon that can also support its teammates in Doubles.

Rage Powder allows Volcarona to function as redirection support for its team. Unlike other Rage Powder users that struggle with Grass-type Pokemon that are unaffected by the move, Volcarona can directly counter them with its STAB Fiery Dance.

Giga Drain allows Volcarona to hit Water-type Pokemon for super effective damage and is its only form of recovery. Finally, Whirlwind allows it to phase opposing set-up sweepers and prevent them from accruing stat boosts.

We're using a custom EV Spread for this Volcarona. 168 Defense EVs balance out its Defenses while 44 Speed EVs allow it to outrun slower sweepers and opposing walls. 56 Special Attack EVs helps boost Volcarona's naturally high Sp.Attack while the remaining HP EVs round out its bulk.

Flame Body gives Volcarona a 30% chance to burn opposing Pokemon that hit it with a contact move. This works great with Rage Powder as you can force opposing physical sweepers to hit Volcarona and potentially cripple them with a burn.

Sitrus Berry restores Volcarona's HP by 25% of its maximum HP when its HP falls to critical levels.

How to Use Volcarona Effectively

Volcarona overpowers its opponents by stacking stat boosts with Quiver Dance. It also has a wide variety of moves that you can choose from to counter most Pokemon types.

Watch Out for Rock-type Moves

Since Volcarona is a Bug/Fire-type Pokemon, it receives 4x damage from Rock-type moves. If you face an opponent which is likely to have Rock moves, use other Pokemon for the meantime until it is cleared.

How to Build a Team with Volcarona

Volcarona is a powerful special sweeper that can function as a straightforward attacker or bulky support. Though it faces competition from faster sweepers, access to boosting moves and great dual typing make it a great option for teams looking for extra type coverage.

Volcarona is a popular choice for set-up sweeper in Hyper Offense teams. Great dual Bug/Fire STAB and natural bulk give it plenty of chances to set up with Quiver Dance and sweep.

Check out our article below to learn how to build an offensive team with Volcarona. 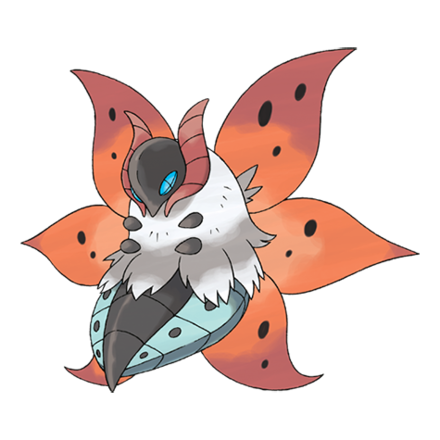 Since Volcarona is a Bug/Fire-type Pokemon, it has a dual weakness against Rock-type moves, making it receive 4x damage. This means that you can make Volcarona less useful by using Rock-type moves, especially Stealth Rock, which will deal a whopping 50% of its HP when striking it.

Volcarona has access to the powerful Quiver Dance move, but it can be preventing from using status moves and increasing its stats with Taunt.

In order for us to make the best articles possible, share your corrections, opinions, and thoughts about 「Volcarona - Moveset & Best Build for Ranked Battle | Pokemon Sword and Shield」 with us!