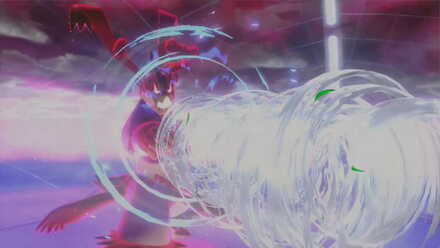 Aim for a sweep with Max Airstream

This set runs Urshifu with the Life Orb to increase its damage output. After Dynamaxing, Max Airstream will allow it to boost its Speed, allowing it to aim for a full sweep. It can use STAB moves together with Iron Head to handle Fairy types who resist its other moves, allowing it to handle almost any foe. 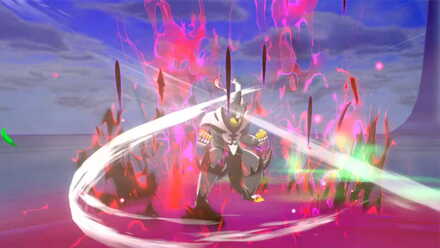 With the Choice Scarf, Urshifu can move faster to aim for a sweep. With the powerful Wicked Blow, which always results in a critical hit, and U-turn to switch out from disadvantageous opponents, Speed will help ensure Urshifu can take an action before its opponent. The Choice Scarf will allow it to outspeed opponents like Dragapult and Excadrill, providing a huge advantage.

When it uses the Adamant Nature, Urshifu can be outspeeded by a number of threats such as Excadrill, Galarian Darmanitan and Hydreigon with a +Spd Nature and 252 EVs in Speed, so Jolly is recommended to get the first hit in.

How to Use Urshifu Single-Strike Style Effectively

Urshifu's Single-Strike Style gets the exclusive move Wicked Blow, which has 80 Power and a guaranteed critical hit. This allows it to essentially serve as a 120-Power move which ignores defensive boosts, Light Screen and Reflect, and has no downside. Its combination of Fighting and Dark type is also advantageous for attacking, allowing it to deal neutral or super effective damage with STAB against a wide variety of opponents.

Attack and Speed are high

With a massive base Attack of 130 and a solid Speed of 97, Urshifu is posed to be a fast and hard-hitting sweeper. It even has the benefit of 1 Speed point over Mimikyu, allowing it to hit first with Iron Head.

Urshifu's Gigantamax form is also legal for use in Ranked Battle. Its G-Max One Blow has the special effect of hitting through Max Guard and other protecting moves, as well as dealing heavy damage.

Fairy-type Pokemon have a resistance to both Fighting and Dark type, forcing Urshifu to use a non-STAB move. It also suffers from a 4x weakness to Fairy, making it easy to hit its weak spot and take it down. However, Urshifu does have substantial hitting power, so it's possible that it can overturn an opponent with mediocre defenses.

Bring out a Physical wall

I think Poison Jab should be in other moves

Register as a member and get all the information you want. (It's free!)
Login
Opinions about an article or post go here.
Opinions about an article or post
We at Game8 thank you for your support.
In order for us to make the best articles possible, share your corrections, opinions, and thoughts about "Urshifu Single-Strike Style - Moveset & Best Build for Ranked Battle" with us!
When reporting a problem, please be as specific as possible in providing details such as what conditions the problem occurred under and what kind of effects it had.