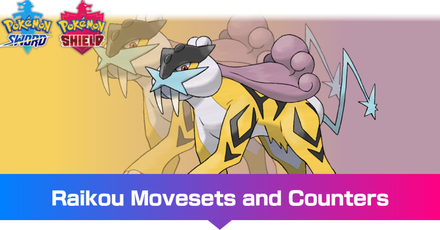 This is a strategy guide for using Raikou in competitive play for the games Pokemon Sword and Shield. Read on for tips on the best Nature, EV spreads, Movesets, and Held Items to use with Raikou, as well as its strengths and weak points.

An offensive build for Raikou that capitalizes on its high Special Attack stat. Extrasensory and Scald gives you coverage against numerous Pokemon types. Thunderbolt provides a great STAB move while Volt Switch is a utility move that will get you out of sticky situations. 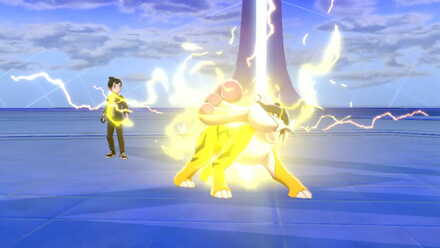 Raikou's great speed and special attack, as well as good coverage moves, make it an effective and speedy setup sweeper with Calm Mind.

Scald is its last move, and while not particularly powerful, allows Raikou to hit Ground-types that are immune to Raikou's Electric-type STAB.

We're using a basic special attacking EV spread for this Raikou. Full investment in Speed and Special attack ensures it hits as hard as possible, especially after a few Calm Mind boosts. The remaining EVs are placed in Defense since we're already boosting Raikou's Special Defense with Calm Mind.

Raikou can use either of its abilities for this build. With Pressure, the opposing Pokemon loses 2 PP instead of 1 when facing off against Raikou.

With Inner Focus, Raikou is immune to getting flinched by moves such as Fake Out. This is ability is more useful if using Raikou as a lead, ensuring it can set up Calm Mind even if the opposing lead decides to use a flinching move.

We're giving Raikou Leftovers for this build. Calm Mind users in general are easily whittled down by residual damage, such as poison or with Hail or Sandstorm, so residual healing helps boost its survivability. 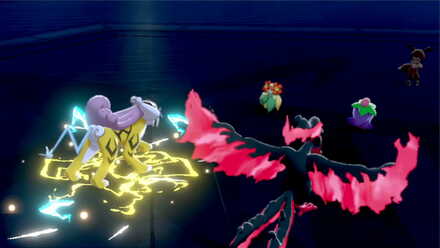 Raikou is an effective lead in Doubles, especially if it gets Electric Terrain support from the likes of Tapu Koko or Pincurchin.

Rising Voltage is Raikou's strongest move. When Electric Terrain is present, it becomes a 140 Base Power Electric-type attack that hits both targets in Doubles. Volt Switch is secondary STAB move, and allows Raikou to quickly pivot from the battle and to its teammates.

It's last two moves are for coverage. Aura Sphere gives it great neutral coverage, while Scald allows Raikou to threaten Ground-types that are immune to Rising Voltage. The latter also has a nice 30% chance to inflict a burn.

We're using a basic special attacking EV spread for this Raikou. Full investment in Speed and Special attack ensures it hits as hard as possible. The remaining EVs are placed in Defense to round off its bulk.

We're using Inner Focus for this build. This protects Raikou from Fake Out, which is very common in Doubles, and allows it to function as an effective lead.

Choice Specs boosts the power of Raikou's special moves by 50%, but restricts it to using only the initial move it used for the turn.

How to Use Raikou Effectively

Raikou faces stiff competition from faster and stronger Electric-types, so it's important to use it in a different role so that it isn't outclassed.

As one of the fastest Calm Mind setup sweepers in the metagame, it has a niche as a lead setup sweeper. Unlike other leads, you can send it out agains in the late stages of the battle - essentially using it as a late-game cleaner.

How to Build a Team with Raikou

Raikou has a small niche in singles as a lead setup sweeper. It truly shines in Doubles where it can fire off Specs boosted Rising Voltage to threaten the opposing team.

Raikou is an effective lead sweeper in doubles. Thanks to Volt Switch, it can also function as an offensive pivot. The Thunder Pokemon, however, is reliant on Electric Terrain support. and is best used in a dedicated Electric Terrain team or partnered with a fellow lead that can Dynamax and setup the terrain with Max Lightning. 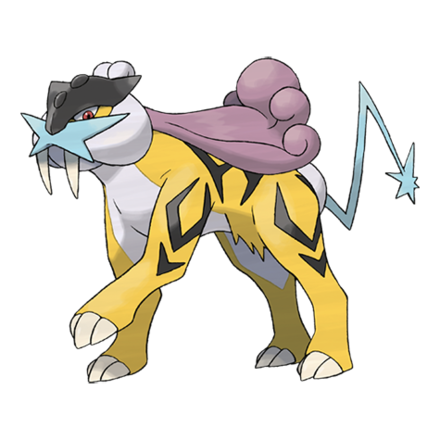 Counter it With a Special Wall

Even with several Calm Mind boosts, Raikou can't hope to knock out certain Special Walls. These walls will often force Raikou to switch or risk getting inflicted by debilitating status moves.

Post (1 Comments)
Opinions about an article or post go here.
Opinions about an article or post
We at Game8 thank you for your support.
In order for us to make the best articles possible, share your corrections, opinions, and thoughts about "Raikou - Movesets & Best Build for Ranked Battle" with us!
When reporting a problem, please be as specific as possible in providing details such as what conditions the problem occurred under and what kind of effects it had.