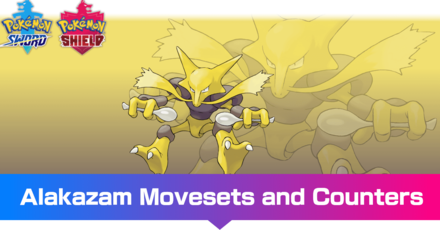 This is a strategy guide for using Alakazam in competitive play for the games Pokemon Sword and Shield. Read on for tips on the best Nature, EV spreads, Movesets, and Held Items to use with Alakazam, as well as its strengths and weak points. 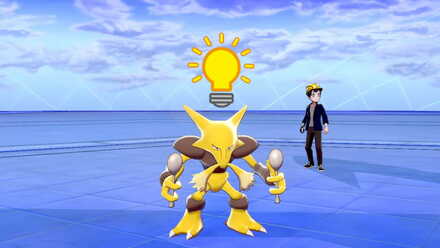 Alakazam's classic special attacking set is still as effective as ever, and stands above other Life Orb attackers due to its immunity to recoil damage thanks to its Ability.

Nasty Plot boosts Alakazam's Special Attack by 2 stages. While Alakazam's low defenses make it difficult for it to set up with this move, successfully doing so makes the Psi Pokemon very difficult to switch into.

Psychic is its main STAB move and has great neutral coverage with Dazzling Gleam to hit Dark-types for super effective damage.

Focus Blast is its last coverage move, and while it has shaky accuracy, allows Alakazam to hit Steel-types such as Bisharp, Ferrothorn, and Heatran for super effective damage.

We're using a simple special attacking EV spread for this build with full investment in Sp.Atk and Spd so that Alakazam hits hard and as fast as possible.

Magic Guard is Alakazam's best Ability. This prevents Alakazam from receiving indirect damage, such as the recoil from Life Orb, entry hazards such as Stealth Rock and Spikes, and debilitating weather such as Sandstorm and Hail.

This build revolves around Life Orb, which boosts the power of Alakazam's moves by 30%. Thanks to Magic Guard, Alakazam doesn't receive any recoil damage. 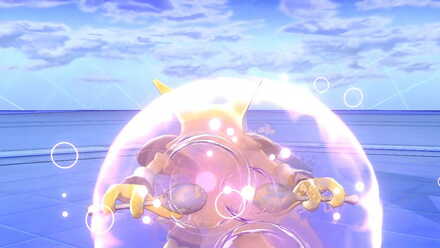 Access to the move Expanding Force makes Alakazam a powerful sweeper in the Doubles metagame. It's best partnered with Indeedee (Female) who not only sets up Psychic Terrain, but also provides redirection support.

Nasty Plot boosts Alakazam's Special Attack by 2 stages, and is easier to use in Doubles especially if your Alakazam is partnered with a Pokemon that can use Follow Me or Rage Powder.

Dazzling Gleam is a great coverage move that hits Dark-types for super effective damage, and also hits both opposing Pokemon in Doubles.

Its last move is Taunt, which allows Alakazam to shut down opposing support Pokemon from using status moves.

How to Use Alakazam Effectively

A Powerful but Frail Special Attacker

Alakazam's great special attack and speed stat, coupled with immunity to Life Orb's recoil damage, makes it an exceptionally powerful special attacker that can deal heavy damage or even outright KO other Pokemon.

This, however, is offset by its very low physical defense. Even weak attacks deal heavy damage to the Psi Pokemon, which results in Alakazam needing to switch out repeatedly.

As the quintessential glass cannon, Alakazam requires a lot of support, but if surrounded by the right teammates, it's an effective special attacker that provides great offensive momentum to any team!

How to Build a Team with Alakazam

Alakazam is a tempting addition to both offensive and defensive-oriented teams, but its frail defenses and mediocre coverage limit its overall usage. It does have a greater niche in Doubles, where it has ample support and can use Expanding Force to its fullest.

Use it as a Backup Special Attacker

Alakazam's limited special coverage and low bulk make it a poor choice as the team's Dynamax Pokemon. It does, however, have a niche as a backup special attacker and revenge killer for offensive-oriented teams!

Although Alakazam seems to take a back seat in this offensive team, it actually functions as a late-game cleaner for the team.

Sending out Naganadel at the start of the match allows it to potentially steamroll through the opposing team as it accumulates Max Ooze boosts. It also softens opposing threats with its coverage moves, something Alakazam appreciates if it doesn't get the chance to use Nasty Plot.

Landorus' Therian Forme functions as this team's offensive pivot, providing solid bulk which both Naganadel and Alakazam really appreciate. It can also U-turn to its teammates to keep offensive momentum up.

Use it as an Expanding Force Sweeper in Doubles

Alakazam shines in the Doubles Battle format where it gets the support it needs from redirection users, and where it can use Expanding Force to its full potential.

Both Indeedee (Female) and Alakazam lead this Doubles Team, with the former instantly setting up Psychic Terrain with its Psychic Surge Ability, allowing Alakazam to fire off a boosted Expanding Force at the very start of the match.

Indeedee also alleviates Alakazam's poor bulk by redirecting moves with Follow Me. It can also heal up Alakazam with Heal Pulse or further boost the power of its moves with Helping Hand.

Buzzwole is this team's backup physical attacker and also appreciates Psychic Terrain as it prevents priority moves from opposing Pokemon. Starmie can also use Expanding Force and can reset it even after Indeedee gets knocked out if it uses Dynamax. 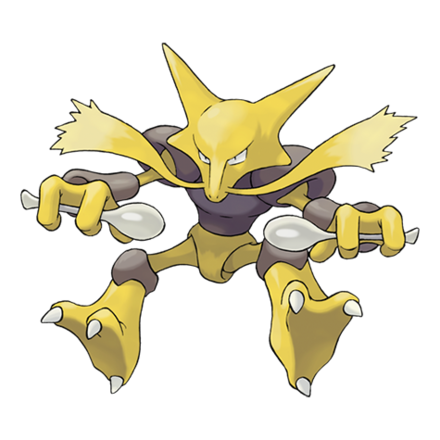 Hit it with a Super Effective Priority Move

Alakazam is fast, but it lacks any countermeasures against priority moves as its middling defense make it a poor Dynamax Pokemon.

As such, Pokemon that can use priority moves - especially super effective ones, can easily KO Alakazam if it doesn't switch out.

Note: This strategy only applies to Singles where Alakazam can't always rely on setting up Psychic Terrain.

Wear it Down with Multi-Target Moves

Even in Doubles, where Alakazam has more freedom to move thanks to redirection support, it still struggles with long-term survivability as it is easy to wear down or potentially getting knocked out by Pokemon that can use multi-target moves that hit both Pokemon.

In order for us to make the best articles possible, share your corrections, opinions, and thoughts about 「Alakazam - Moveset & Best Build for Ranked Battle | Pokemon Sword and Shield」 with us!