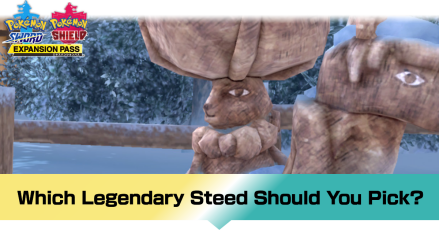 This article is about which Legendary Steed to pick for Calyrex in The Crown Tundra. Read on to learn which carrot to plant to get the right Legendary Steed for the High King Pokemon, and whether Glastrier or Spectrier is the better choice!

Which Carrot Should You Plant? 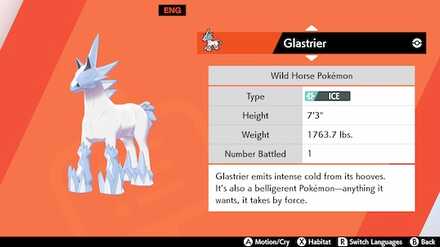 Planting the Carrot Seeds in the Snowslide Slope's plot of land nets you the Iceroot Carrot. This carrot summons the Wild Horse Pokemon Glastrier, who is an Ice-type Pokemon! 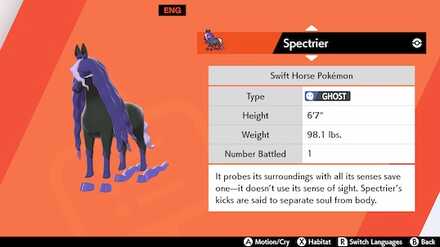 Planting the Carrot Seeds in the Old Graveyard's plot of land nets you the Shaderoot Carrot. This carrot summons the Swift Horse Pokemon Spectrier, who is a Ghost-type Pokemon!

Which Legendary Steed Should You Pick?

Glastrier has high attack and defenses but very low speed, making it a good choice for Trick Room teams!

Spectrier, on the other hand, has high special attack and speed, making it a great special sweeper - a perfect choice for your Hyper Offense team!

Spectrier is the overall better choice due to its high special attack, speed, and better mono-typing. Additionally, fusing Calyrex with Spectrier boosts its special attack and speed even further!

How to Get Shadow Rider Calyrex

Which Legendary Steed Did You Pick?

See more comments (6 Comments)
Opinions about an article or post go here.
Opinions about an article or post
We at Game8 thank you for your support.
In order for us to make the best articles possible, share your corrections, opinions, and thoughts about "Glastrier or Spectrier? | Best Legendary Horse to Choose | The Crown Tundra" with us!
When reporting a problem, please be as specific as possible in providing details such as what conditions the problem occurred under and what kind of effects it had.