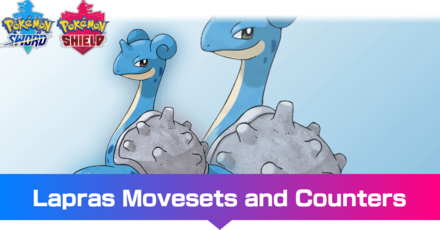 This is a strategy guide for using Lapras in competitive play for the games Pokemon Sword and Shield. Read on for tips on the best Nature, EV spreads, Movesets, and Held Items to use with Lapras, as well as its strengths and weak points.

How to Learn Lapras's Egg Moves 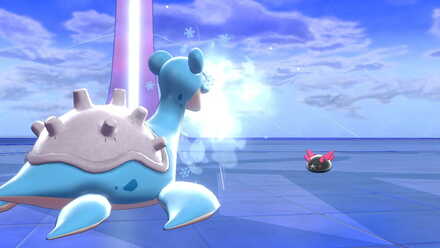 By switching in on a super-effective move, this set gets offensive boosts thanks to Weakness Policy. When partnered with Lapras' generous bulk, this Pokemon becomes a great all-rounder who can take damage and deal it back.

Freeze-Dry and Sparkling Aria serve as Lapras' main STAB-Moves. It's interesting to note that the combination of these two moves offer perfect neutral coverage because of Freeze-Dry's unique effect.

When Gigantamaxed, Freeze-Dry becomes G-Max Resonance, a damage dealing move which also has the added effects of Aurora Veil. This is another reason why Lapras can be so hard to take down.

Sheer Cold and Thunder round out Lapras' moveset by offering stronger damaging moves. Sheer Cold can be unreliable, but will OHKO any opponent if it hits. Thunder, on the other hand, has great synergy with Max Geyser since Thunder will be 100% accurate in the rain.

We're maxing out our Sp.Atk to maximize the damage that Lapras will deal out, while also making sure to balance out its bulk by investing in Defense.

Shell Armor protects Lapras from critical hits. This gives the opponents an even more difficult time to take Lapras out without overcoming its defenses. 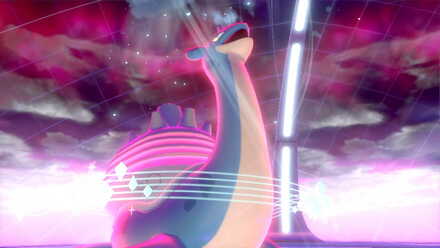 Gigantamax Lapras's unique move, G-Max Resonance, reduces the damage received for five turns. This combines with Lapras's already high defensive stats to make it a veritable tank who can stay in the battle for a long time. Additionally, G-Max Resonance allows you to use Aurora Veil without the need for hail.

In order to maximize Attack power, Special Attack has the maximum number of EVs. Speed EVs are set to allow it to outspeed a Tyranitar with 12 EVs in Speed. The HP EVs are set to the 16n-1 value to allow it to take reduced damage from status effects and weather. The remaining EVs are placed in Defense to cover its low base Defense.

While Light Clay is held, Aurora Veil can last for up to 8 turns, providing heavy protection for your team after having Lapras has left the battlefield.

How to Use Lapras Effectively

With Lapras' high Base HP and Special Defense, simply by placing a few EVs in HP, it can withstand most of the super-effective secondary moves used to handle Pokemon of its types. As its Attack and Special Attack are also nothing to scoff at, it can both bear the brunt of enemy attacks while dishing out its own.

G-Max Resonance provides so much in one move. Not only does it deal damage, but it also provides the effects of Aurora Veil without the need for Hail. This provides immense defensive boons to Lapras' team that hyper offense teams will struggle to power through.

Use Freeze-Dry Against Bulky Waters

Freeze-Dry's unique type effectiveness gives Lapras a unique tool against other bulky water types. Notably, Lapras' Freeze-Dry allows it to take out Dracovish, Gyarados, and Quagsire with a 4x effective move. This makes Lapras a good Pokemon to partner with Offensive Pokemon such as Zacian who would greatly appreciate getting Quagsire out of the way.

How to Build a Team with Lapras

Wall Builder for an Offense Team

Zacian's unprecedented levels of Physical Offense allows this team to shred through opponents easily, but its teammates can handle those who may try to stand in it's way.

Lapras can use Freeze-Dry deal with Pokemon who commonly outspeed Zacian such as Landorus (Therian Form), and Kyogre. Its Water-type moves also help it against Fire-types such as Ho-Oh.

Most importantly, Lapras can take care of Quagsire who often ignores Zacian's boosts thanks to Unaware.

Zapdos works as a great teammate who can also spread paralysis to the enemy team to cripple their offenses. It can also be effective against other common threats or walls in the metagame such as Rillaboom and Ferrothorn.

Learn How to Build an Offensive Team 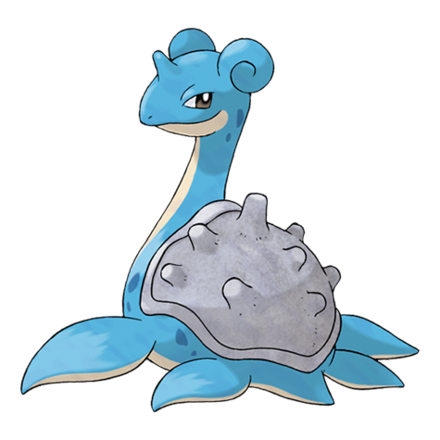 Blow it out of the Water with High Attack

Although Lapras has high defensive stats overall, its Attack and Special Attack are not particularly high, so it can be overwhelmed by a Pokemon that deals consistently high damage. When attacking its weak spots, it becomes a simple task to take it out.

Lapras may be able to reduce damage thanks to G-Max Resonance, but that damage reduction doesn't last long. It would be best to stall out the turns then take Lapras out near the end of the duration of Aurora Veil. This ensures that the rest of it's team won't benefit from the increased defenses.

In order for us to make the best articles possible, share your corrections, opinions, and thoughts about 「Lapras - Moveset & Best Build for Ranked Battle | Pokemon Sword and Shield」 with us!