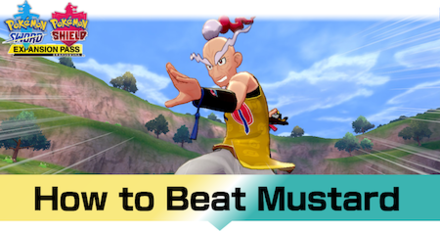 This is a guide to beating Mustard, including the Pokemon he uses and how to challenge him, in the game Pokemon Sword and Shield. If you're having trouble taking down Dojo Master Mustard, learn how to handle each of his Pokemon!

How to Beat Mustard (First Battle)

You'll fight Mustard for the first time when you first arrive in the Isle of Armor dojo.

How to Win the First Battle

Use Pokemon with a high level

In the first battle, Mustard will only use two Pokemon, neither of which are fully-evolved. As long as the player's Pokemon are sufficiently leveled, Mustard won't pose too many problems this time around. If your Pokemon haven't reached a high enough level, play Max Raid Battles to get Exp. Candy XL will be enough to get you there.

How to Beat Mustard (Second Battle)

You'll fight Mustard for the second time at the top of one of the Towers of Two Fists, the Tower of Waters or Tower of Darkness. You'll be fighting him with your own Kubfu, so your two Kubfus will be in for a showdown!

How to Win the Second Battle

In the second battle, Mustard will try to use Aerial Ace to hit Kubfu's weak spot. You'll need to make sure Kubfu's level is at least 70 in order to survive its attacks.

Watch out for Focus Sash + Counter

Mustard's Kubfu is equipped with a Focus Sash, allowing it to survive at least one move with 1 HP, as well as Counter, which can deal double the damage it took from the player's attack. If you aim for a one-hit KO straight away, this can allow it to survive and knock out your Kubfu in one hit.
Be sure to completely restore your HP before the match, and to avoid being knocked out by Counter, start off with a lower-power attack or a Special move to break the Focus Sash first. This will allow you to avoid being hit by this powerful combo.

How to Beat Mustard (Final Battle)

How to Win the Final Battle

Use a Balanced Team

After completing the main story, Mustard will use a party with 6 high-level Pokemon. You'll need to bring your own Pokemon up to a high level to defeat him, and ensure that you've got a strong variety which can handle attacks of any team.

Watch out for Gigantamax Urshifu

Mustard will use Urshifu of the style you didn't choose with Gigantamax. As Urshifu has high Attack and Speed stats, while using Max Knuckle to further boost its Attack, your Pokemon might not be able to catch up and get swept. When up against Urshifu, bring out your own Dynamax to survive its moves and take it down before it can boost itself up too far.

Use an advantageous type against Urshifu

Get a free Porygon 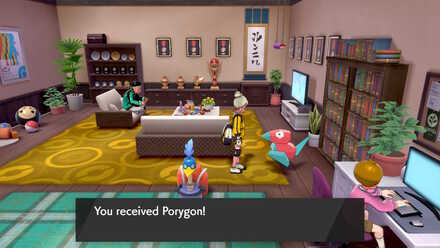 Although you won't receive it directly after the battle, if you go into the far right room in the dojo after defeating Mustard and interact with the Porygon which appears there, Hyde will give it to you as a present. The items required to evolve it to Porygon2 and Porygon-Z can be found around the Isle of Armor

Mustard will also give his Rare League Card as a present for defeating him, which you can check any time from the menu.

How to Rematch Mustard

Possible any time after you defeat him 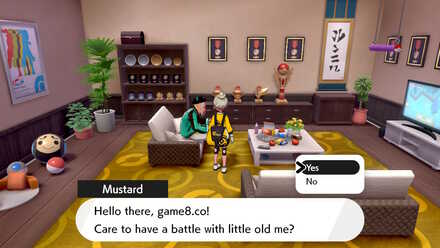 After defeating Mustard for the third time, you'll be able to challenge him again at any time by interacting with him in the far right room of the dojo. You can only challenge him once per day, but this will allow you to raise your level and gain money when done on a regular basis.

See more comments (1 Comments)
Opinions about an article or post go here.
Opinions about an article or post
We at Game8 thank you for your support.
In order for us to make the best articles possible, share your corrections, opinions, and thoughts about "How to Beat Mustard" with us!
When reporting a problem, please be as specific as possible in providing details such as what conditions the problem occurred under and what kind of effects it had.