This is a guide to finding all the Gym Leaders appearing on the Isle of Armor. Learn where each Gym Leader is located and how often they appear!

Isle of Armor Useful Characters and Their Locations

The location in which a gym leader will spawn in is entirely random. The most efficient way to search each location is to start at the Master Dojo and go down the list above in order.

How to Make a Gym Leader Spawn

If you don't save your game after the day changes (and when a new gym leader is decided), the gym leader that spawns won't be set in stone. If your last save data was recorded on the previous day you can go to each location and reset if your desired gym leader hasn't appeared.

The Gym Leaders which appear on the Isle of Armor differ depending on the version. Also, the rivals Bede and Marnie will appear randomly around the island as well. Hop will appear in the Master Dojo consistently, without changing day-to-day like the others.

When the Gym Leaders Appear

Appear after completing the story 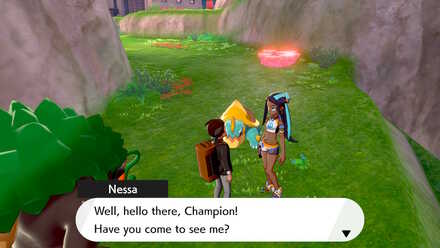 Once you've cleared the main story for the Isle of Armor gym leaders and rivals will begin to appear. In order for them to clear you must have beaten Mustard after finding the Max Honey.

A random Gym Leader will appear once a day 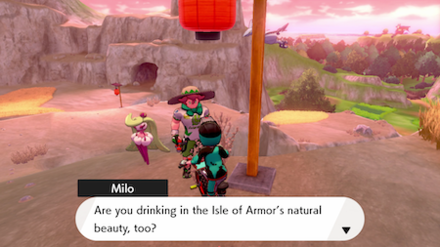 Each day, one of the Gym Leaders listed above will appear at random in their location, limited to once per day. The appearing Gym Leader will change at 12:00 midnight, referencing the time setting on the Nintendo Switch.

What they say changes with the weather

Each Gym Leader will say something different depending on the current weather in the area they're encountered. So if you find the same Gym Leader multiple times, the conversation will never get stiff! Still, there's no special reward for finding any of the Gym Leaders regardless of the weather.

Register as a member and get all the information you want. (It's free!)
Login
Opinions about an article or post go here.
Opinions about an article or post
We at Game8 thank you for your support.
In order for us to make the best articles possible, share your corrections, opinions, and thoughts about "Where to Find All Gym Leaders" with us!
When reporting a problem, please be as specific as possible in providing details such as what conditions the problem occurred under and what kind of effects it had.