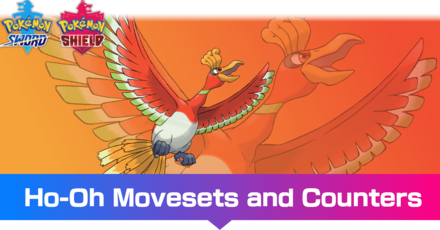 This is a strategy guide for using Ho-Oh in competitive play for the games Pokemon Sword and Shield. Read on for tips on the best Nature, EV spreads, Movesets, and Held Items to use with Ho-Oh, as well as its strengths and weak points. 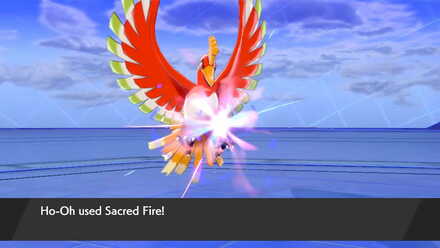 Ho-Oh is a threatening physical attacker in the current metagame. While most physical attackers aim to outspeed and overpower the opposing team, the Rainbow Pokemon functions more as a bulky offensive pivot that can threaten opposing physical sweepers with a burn from Sacred Fire.

Sacred Fire is Ho-Oh's strongest Fire-type STAB and has a 50% chance to inflict a burn. This move makes Ho-Oh very difficult to switch into as it can potentially burn its checks and counters if they decide to switch in.

Brave Bird is its secondary Flying-type STAB and provides great neutral coverage at the cost of some recoil damage. It also becomes Max Airstream during Dynamax, allowing Ho-Oh to boost its Speed stat by one stage.

Earthquake is its main coverage move and allows Ho-Oh to hit Heatran and Toxapex for super effective damage.

It's last move is Recover, restoring up to 50% of Ho-Oh's lost HP and lets it stay for longer in matches.

We're using a bulkier physical attacking EV spread with full investment in Attack and 124 Speed EVs. The remaining 132 EVs are invested in Defense to boost its physical bulk.

Regenerator is Ho-Oh's best Ability, restoring 1/3 of its Maximum HP when it switches out. This essentially nullifies the recoil damage of Brave Bird and Life Orb.

Life Orb boosts the power of Ho-Oh's moves by 30% at the cost of some recoil damage, although this is mitigated by its Regenerator Ability. 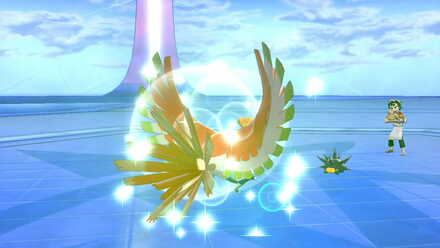 Ho-Oh can forgo an attacking set for a more defensive-oriented moveset. Unlike other defensive Pokemon, it doesn't lose any offensive momentum as it can still hit hard with minimal investment thanks to its high powered moves.

Sacred Fire is Ho-Oh's strongest Fire-type STAB and has a 50% chance to inflict a burn. It still hits reasonably well with minimal investment and is mostly used to spread burns.

Brave Bird is its secondary Flying-type STAB and provides great neutral coverage at the cost of some recoil damage. It's mostly used during Dynamax where it becomes Max Airstream, boosting Ho-Oh's Speed stat by one stage

Substitute is a great support move that protects Ho-Oh from status conditions such as Paralysis and Poison. Recover is its last move, restoring up to 50% of Ho-Oh's lost HP.

We're using a defensive EV spread for this Ho-Oh with an Impish Nature. 204 HP EVs and 140 Def EVs make it as physically bulky as possible, while 4 Sp.Def EVs slightly boost its naturally high Special Defense.

The remaining EVs are placed in Attack and Speed. 36 Atk EVs give it an effective 155 Attack stat at Level 50, which allows it to still hit hard with its STAB moves. 124 Spd EVs make it as fast as possible, allowing it to outrun slower attackers such as Bisharp and defensive Pokemon such as Chansey.

We're giving this Ho-Oh Heavy-Duty Boots, which protects Ho-Oh from entry hazards such as Stealth Rock.

How to Use Ho-Oh Effectively

A combination of powerful moves, utility in Sacred Fire, and Regenerator makes Ho-Oh one of the best offensive pivots in the current metagame.

The fact that it has a 50% chance to inflict a burn with its signature move means it's also very difficult to switch into as even defensive Pokemon don't appreciate getting worn down by a burn.

How to Build a Team with Ho-Oh

Ho-Oh is a very attractive choice as a main Dynamax attacker for both offensive and defensive-oriented teams, although it struggles with other Legendary Pokemon that can provide higher and more immediate damage.

Despite this, its great bulk and the utility it provides with Sacred Fire makes it a great Pokemon to build a team around on.

Use it as an Offensive Pivot

Ho-Oh excels as an offensive pivot and can either function as the team's Dynamax Pokemon or as a supporting physical attacker.

Rillaboom leads this offensive team and also fills the role of the team's Dynamax or Gigantamax Pokemon. With U-Turn, it can pivot to Ho-Oh if it faces an unfavorable type matchup like Cinderace or Dragonite, with Ho-Oh driving them off with Earthquake or burning them with Sacred Fire respectively.

Rillaboom, in turn, threatens bulky Water-types such as Quagsire and Gastrodon that Ho-Oh has trouble with.

Raichu rounds off this team's coverage by providing strong Electric-type STAB. It also synergizes well with Ho-Oh as its Lightning Rod Ability absorbs Electric-types directed at the Rainbow Pokemon.

Use it as a Defensive Pivot

Ho-Oh is a great choice for defensive-oriented teams as even with minimal Attack investment, it still hits reasonably hard with its STAB moves - on top of the extra utility it provides with Sacred Fire.

Ho-Oh makes a great defensive pivot for this team, synergizing well with both Scizor and Gastrodon.

Scizor can U-Turn out of the battle if it encounters a Fire-type Pokemon, pivoting to Ho-Oh who can shrug off both physical and special Fire-type moves thanks to its great mixed bulk.

Gastrodon serves as this team's Special Wall and is the partner Ho-Oh pivots to when it encounters Water and Electric-types. Gastrodon, in turn, appreciates Ho-Oh's ability to deter Grass-types and the burns it provides with Sacred Fire. 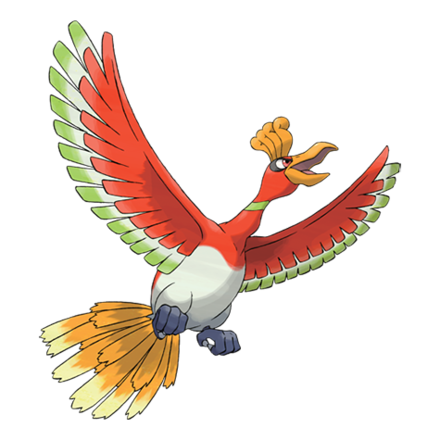 Hit it With Rock-type Moves

Ho-Oh can be dealt with by taking advantage of its 4x weakness to Rock-type moves. Its overall high defense means you'll want to strike with strong moves like Stone Edge or ones that can break its Substitute like Rock Blast.

In order for us to make the best articles possible, share your corrections, opinions, and thoughts about 「Ho-Oh - Moveset & Best Build for Ranked Battle | Pokemon Sword and Shield」 with us!