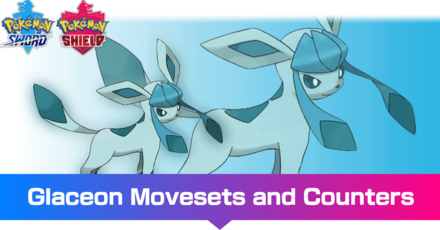 This is a strategy guide for using Glaceon in competitive play for the games Pokemon Sword and Shield. Read on for tips on the best Nature, EV spreads, Movesets, and Held Items to use with Glaceon, as well as its strengths and weak points. 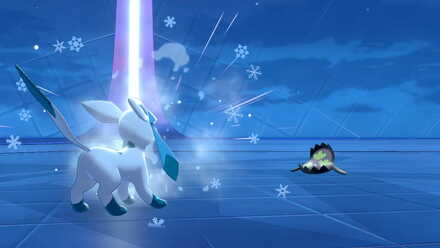 This set takes advantage of Glaceon's high base Special Attack to make it a wicked Special hitter. As it learns Freeze-Dry for the first time in this generation, it can run roughshod over Water types, but the loss of Hidden Power, available in previous generations, sharply restricts the potential of its moveset. This change has made it abundantly clear which matchups Glaceon can handle, and which ones it can't.

Its EVs are set to allow it to outspeed a Corviknight with 4 EVs in Speed, and even when going head-to-head with one it can survive a hit from Iron Head or Body Press. Blizzard or Ice Beam can take it out in two hits. 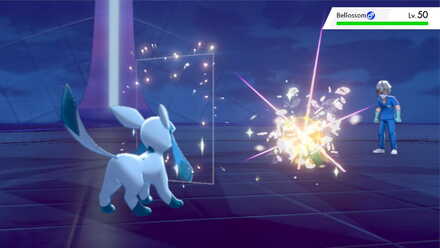 In contrast to the previous build, this build instead takes advantage of Glaceon's high Defense and Special Defense to make a set that holds the line through enemy fire, then lashes out with its own barrage. Special attackers can be dispatched with Mirror Coat, while Freeze-Dry serves as its main weapon.

Its primary weak point is dealing with Special Defense tanks like Gyarados and Togekiss, who won't keel over even after taking a super effective attack head-on. Try to avoid these matchups instead of falling prey to them.

The EVs here are organized to allow it to maximize the possible damage from Mirror Coat, placing 252 EVs in HP. On the Defense end, it's got the numbers to survive a Fishious Rend from a Jolly Dracovish with a Choice Scarf, while on Special Defense it can survive an Overheat from Heat Rotom as long as it doesn't have Choice Specs.

Its Special Attack stat won't change regardless of if it has 76 or 80 EVs, so the remaining 4 have been placed in Speed so they don't go to waste and allowing it to outspeed other Pokemon with a base 65 Speed.

This build relies on Focus Sash to guarantee survival if hit with a potential OHKO move and goes well with Mirror Coat to punish special attackers.

You can increase the damage done by Mirror Coat by not putting any IVs in Special Defense.

How to Use Glaceon Effectively

A Pokemon born and bred for Special Attacking

Glaceon rocks a Special Attack of 130 that's ready to be put to good use. Unfortunately, the type range of its movepool is extremely limited, adding responsibility for its teammates to provide the coverage it lacks.

Although its HP doesn't stand out, its Defense and Special Defense are rather high, so depending on how you place your EVs, it has the potential to survive attacks before striking back as well. 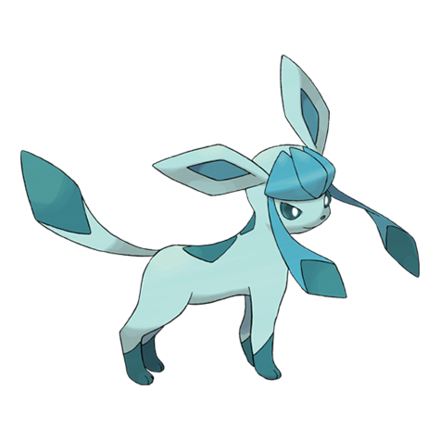 Although Glaceon has high Defense and Special Defense, its HP is middling, allowing a heavy-hitting Rock- or Steel-type attack to take it out with relative ease.

As it frequently holds Mirror Coat, it's important to watch out when trying to hit a weak point with a Special attacker.

Post (0 Comments)
Opinions about an article or post go here.
Opinions about an article or post
We at Game8 thank you for your support.
In order for us to make the best articles possible, share your corrections, opinions, and thoughts about "Glaceon - Moveset & Best Build for Ranked Battle" with us!
When reporting a problem, please be as specific as possible in providing details such as what conditions the problem occurred under and what kind of effects it had.