How to Get to The Crown Tundra | Pokemon Sword and Shield 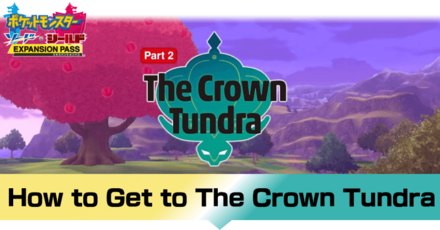 Your next adventure awaits in Galar's frigid tundra! Learn how to unlock and get to The Crown Tundra, the second DLC in Pokemon Sword and Shield.

How to Unlock The Crown Tundra

The Crown Tundra is part of the Expansion Pass DLC, a for-purchase update for Pokemon Sword and Shield which provide additional content for the game.

The Crown Tundra DLC pack was released on October 23rd, 2020, so make sure you get the Expansion Pass for your version, and download the new content first!

How to Get to The Crown Tundra

1. Receive a Crown Pass after updating the game 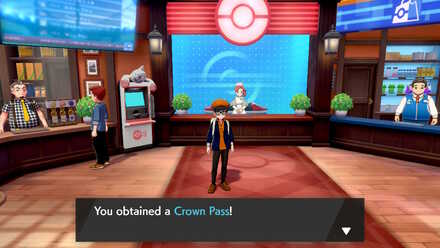 Once starting up the game after you download the update, you will receive a Crown Pass.

You do not need to worry about picking this up somewhere on the ground. You can head out directly to the station to get to Wedgehurst. 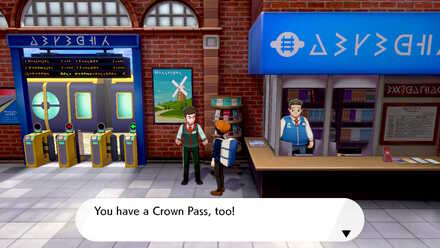 After downloading the update and receiving your Crown Pass, head on to Wedgehurst Station and speak to the Man nest to the Ticket Gate.

3. Go to The Crown Tundra 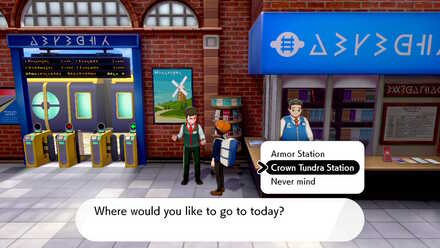 The Man will ask you where to go. If you have your Crown Pass, you will be asked if you want to go to the Crown Tundra Station.

You will ride a train to The Crown Tundra

You will automatically be sent to The Crown Tundra after a short train ride, so sit back and wait until you get there!

Register as a member and get all the information you want. (It's free!)
Login
Opinions about an article or post go here.
Opinions about an article or post
We at Game8 thank you for your support.
In order for us to make the best articles possible, share your corrections, opinions, and thoughts about "How to Get to The Crown Tundra" with us!
When reporting a problem, please be as specific as possible in providing details such as what conditions the problem occurred under and what kind of effects it had.