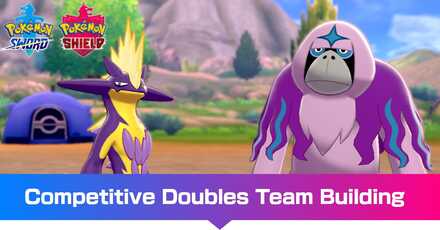 This page introduces you to the fundamentals of competitive doubles play and team building in Pokemon Sword & Shield. Read on to learn the basics, recommended Pokemon, and important moves in the Doubles Metagame.

Doubles is a gameplay format that has you and your opponent sending out two Pokemon on the field at the same time.

First introduced in the Third Generation of Pokemon games, Doubles has since become the staple battle format for many competitive play, such as the official Pokemon Video Game Championships (VGC).

EV spreads are generally more complex in doubles due to the fast-paced nature of the battle format. Even sweepers often need to invest in defensive EVs so that they can stay longer in the battle.

This EV spread ensures Sylveon can take more hits on both the physical and special side, and enough speed and max Special Attack investment to sweep.

Due to the fast-paced nature of the battle format, the slower and gradual recovery Leftovers provides requires more turns to provide ample healing.

As a result, Sitrus Berry is the better healing choice for Doubles because it provides a higher immediate recovery without wasting valuable turns. 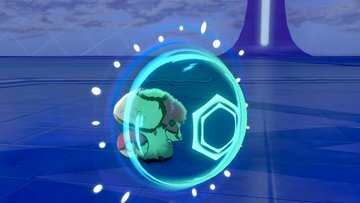 The doubles format opens up new possibilities for certain moves that are gimmicky or otherwise useless in Singles play.

Similarly, some abilities are more useful in the doubles format.

Moves that hit more than one Pokemon on the battlefield are more common than single-target ones in Doubles due to the fast-paced nature of the format.

Some moves hit all adjacent Pokemon while others can hit all Pokemon, including your ally.

Multi-target moves also have their damage reduced by 25% in doubles. 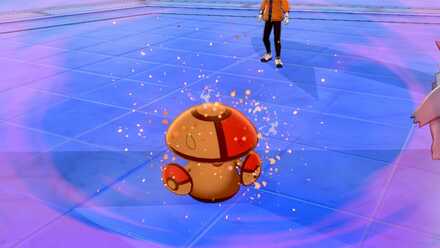 This is an exclusive mechanic to doubles gameplay and is vital to controling the battle in your favor. Redirection can be active or passive, and allow you to redirect moves and status away from frailer Pokemon. 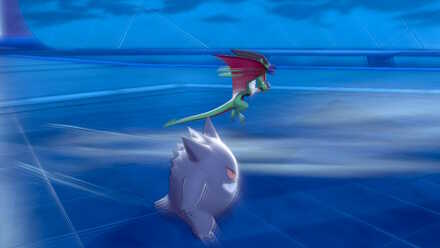 The fast-paced nature of Doubles means speed control is essential and can turn the tide of the battle to your or your opponent's favor.

Due to the offense-oriented nature of doubles, leads are not restricted to just scouting attacks with Protect.

Rather, they work with your primary attacking Pokemon by creating an ideal battle environment for them and your team for the rest of the battle.

These leads have abilities that turn opposing Intimidate against their user or can actually benefit from the stat drop.

These leads are partnered with Pokemon with abilities that can take advantage of the weather they set up, such as Swift Swim, Sand Rush, and Chlorophyll.

These leads reverses the move order in the battlefield, causing slower Pokemon to move first instead of faster ones.

In order for us to make the best articles possible, share your corrections, opinions, and thoughts about 「Basics of Competitive Doubles Team Building | Pokemon Sword and Shield」 with us!