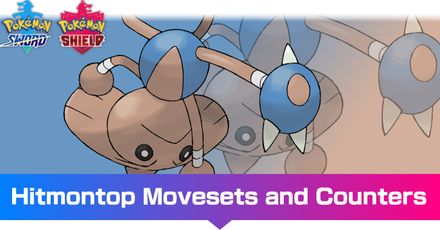 This is a strategy guide for using Hitmontop in competitive play for the games Pokemon Sword and Shield. Read on for tips on the best Nature, EV spreads, Movesets, and Held Items to use with Hitmontop, as well as its strengths and weak points. 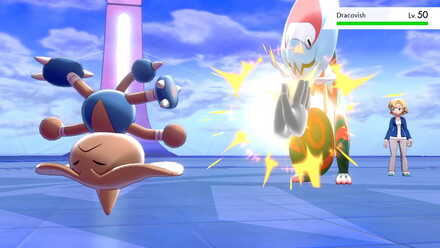 Hitmontop is a great offensive lead and support Pokemon in Doubles. Its ability to block priority attacks with its moves allow it to counter some of the Metagame's powerful sweepers.

Fake Out allows Hitmontop to scout attacks and interrupt opponents on the first turn. Quick Guard blocks all priority moves, whether they have an increased priority or are increased by other factors such as abilities or terrains.

Low Sweep is its main STAB move that lowers the target's speed stat by 1 stage. Detect is its last move, and while it functions the same as Protect, it's the better choice as it prevents Hitmontop from getting blocked with Imprison.

We're using a modified mixed EV spread with maximum HP investment. Hitmontop has great mixed defenses, and the given Defense and Special Defense EVs allow it to take more hits from physical and special attacks. The remaining 4 Evs are placed in Attack and Speed to slightly boost its offensive abilities.

We're using Intimidate for this build as it allows Hitmontop to easily switch into physical attackers.

Hitmontop lacks viable recovery outside of Rest, so we're giving it Leftovers as it provides gradual recovery.

How to Use Hitmontop Effectively

While it has access to powerful moves, its mediocre move coverage make it an inferior sweeper in Doubles. As such, it's best used as a bulkier lead with secondary offensive capabilities.

How to Build a Team with Hitmontop

Hitmontop is easy to fit into most Doubles Teams, especially those that struggle against opposing teams that rely on priority moves. Balanced teams appreciate the utility it brings with its moves, and it can also help Hyper Offense teams by softening physical blows with Intimidate. 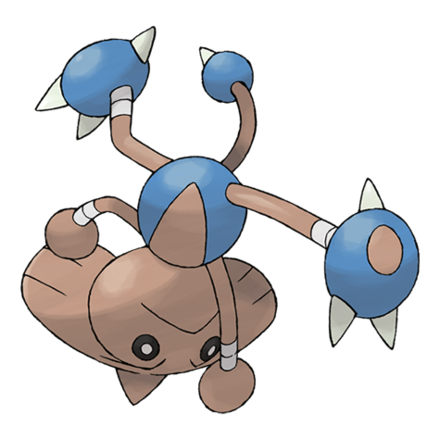 Wall it with a Ghost-Type Pokemon

Hitmontop is completely walled by Ghost-type Pokemon. Even non-defensive Ghost types can easily come switch into Hitmontop and set-up or sweep.

In order for us to make the best articles possible, share your corrections, opinions, and thoughts about 「Hitmontop Moveset & Best Build for Ranked Battle | Pokemon Sword and Shield」 with us!