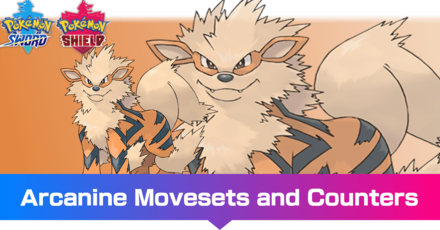 This is a strategy guide for using Arcanine in competitive play for the games Pokemon Sword and Shield. Read on for tips on the best Nature, EV spreads, Movesets, Builds, and Held Items to use with Arcanine, as well as its strengths and weak points. 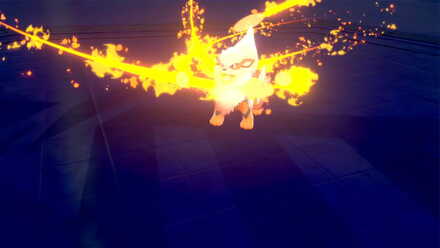 This build lets Arcanine hold Choice Band to take advantage of its high Attack stat. Against Pokemon that is not vulnerable to Fire-type moves, Arcanine can be Dynamaxed to temporarily opt out of Choice Band's one move lock.

If there are more concerns in being locked to one move with Choice Band, Charcoal can be an alternative item, although take note that it only boosts Fire-type moves. Life Orb can also be chosen when using Arcanine as the main attacker. 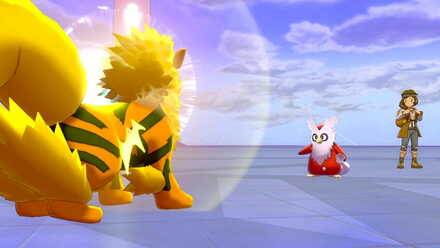 This build allows Arcanine to receive either physical or special attacks with the help of Intimidate and Assault Vest. Close Combat and Wild Charge also lets it face Rock and Water-types.

Giving 252 EV to Aracanine's HP further improves it durability. and works well with the effects of Intimidate and Assault Vest. In addition to that, it can withstand super-effective moves from most offensive Water-types like Wash Rotom or Gyarados.

Lower the offensive power of opposing physical attackers with Will-O-Wisp and Intimidate, and let Arcanine attack with a STAB-boosted Flamethrower. To recover HP, use Morning Sun.

The suggested items aid in Arcanine's role as a physical wall. Sitrus Berry and Leftovers goes well with Morning Sun in terms of recovery. Meanwhile, Rocky Helmet can be held to punish those who still dare use physicall attacks on Arcanine.

How to Use Arcanine Effectively

A Fire-type attacker with good balance

Arcanine has high Base Stats across the board, making it a powerful attacker who can also withstand attacks. It also learns powerful attacks from useful types, such as Play Rough, Close Combat and Wild Charge, allowing it deal hard-hitting super effective damage to a variety of types. 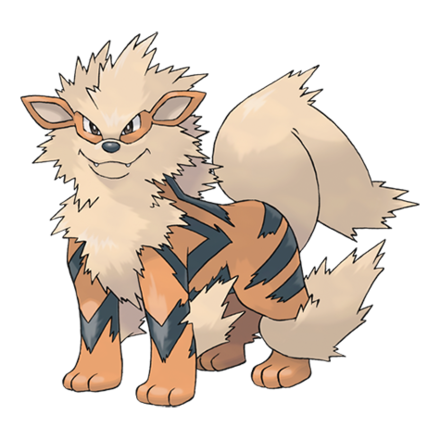 Use Pokemon with good Defense

Arcanine is typically used as a physical attacker, so it's easy to counter with a Rock, Dragon or Water-type Pokemon with high Defense. But since Arcanine is able to learn Wild Charge, Close Combat and Play Rough, it might bite back hard if you can't faint it in one or two turns.

In order for us to make the best articles possible, share your corrections, opinions, and thoughts about 「Arcanine - Moveset & Best Build for Ranked Battle | Pokemon Sword and Shield」 with us!