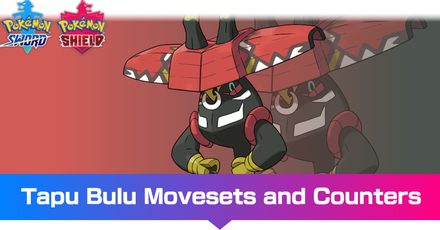 This is a strategy guide for using Tapu Bulu in competitive play for the games Pokemon Sword and Shield. Read on for tips on the best Nature, EV spreads, Movesets, and Held Items to use with Tapu Bulu, as well as its strengths and weak points.

Tapu Bulu's great natural bulk and access to Swords Dance make it a powerful, bulky sweeper that can surprise its usual checks and counters.

Stone Edge is its last move, and provides some much-needed coverage against Fire and Flying-type Pokemon.

We're using a modified EV spread for this build that rounds off Tapu Bulu's bulk, while still providing him a boost in attack. 236 HP EVs and 32 Sp.Def EVs give it great overall bulk, while 144 ATK EVs puts its Attack stat at 184 at Level 50.

The remaining 96 EVs are placed in Speed. Tapu Bulu is a relatively slow Pokemon, some EVs on Speed helps it overcome that handicap - especially if it needs to use Play Rough or Stone Edge.

We're giving Tapu Bulu Lum Berry for this build. This protects it from status effects, such as Burn, which will otherwise put a stop to Tapu Bulu's sweep.

Although better known as a bulky setup sweeper, Tapu Bulu can surprise its usual counters with a Choice Scarf set - outspeeding its usual threats and even revenge killing some with its high-powered STAB moves!

Wood Hammer is its main STAB move, and is a very powerful move coming off from Tapu Bulu's high attack stat. Horn Leech is its secondary Grass STAB and provides reliable healing.

We're using a straightforward EV spread with full investment in Attack and Speed so that Tapu Bulu can hit hard and as fast as possible. The remaining EVs are placed in Special Defense to round off its natural bulk.

We're giving Tapu Bulu Choice Scarf. This item boosts its speed but restricts it to using only the initial move it used for that turn.

This is a bulky Tapu Bulu build with Adamant nature and Assault Vest. Horn Leech and Grassy Surge allows Tapu Bulu to heal up its HP as well making it tough to take out.

While it doesn't have the same offensive presence as Rillaboom in Doubles, Tapu Bulu is a competent addition to any team that needs Grassy Terrain support and its great selection of support moves.

High Horsepower gives it great neutral coverage and allows Tapu Bulu to hit Incineroar switching in. It's last move is Taunt, which allows it to shut down setup sweepers and opposing support Pokemon.

We're using a modified EV spread with ful HP EVs and 36 Def EVs and 140 Sp.Def EVs to give it as much bulk as possible. 76 Atk EVs lets it deal respectable damage with its moves thanks to Tapu Bulu's naturally high base Attack stat while 9 Spd EVs give it some speed.

For this build, Sitrus Berry is the better option in case Tapu Bulu drops its health to half so it can immediately recover.

How to Use Tapu Bulu Effectively

Much like Rillaboom, Tapu Bulu works best as part of a Fire/Water/Grass offensive core, or as one of the main Pokemon U-Turn or Volt Switch users pivot into. It's great bulk and excellent matchup against common Pokemon in the metagame means it's easy to switch in, although it still needs to be careful due to its quadruple weakness to Poison-type moves.

How to Build a Team with Tapu Bulu

As one of the two Grassy Terrain setters in the metagame, Tapu Bulu is easy to fit into many teams - especially those in need of a powerful Grass-type for their Fire/Water/Grass core.

A Bulky Sweeper for Balanced Teams

Although it faces competition from Rillaboom, Tapu Bulu's secondary Fairy-typing make it a good choice for balanced teams - especially if the team in question is in need of a Fighting, Dark, or Dragon check. 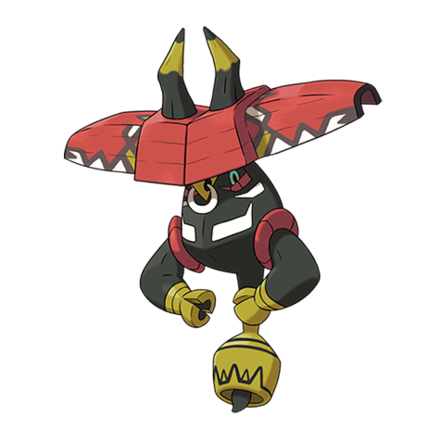 Check it with a Poison-type Pokemon!

Despite its great natural bulk, Tapu Bulu can't do much against Poison-type Pokemon. Both defensive and offensive Poison-types can freely switch into any of Tapu Bulu's attacks and potentially knock them out with their STAB moves.

In order for us to make the best articles possible, share your corrections, opinions, and thoughts about 「Tapu Bulu - Moveset & Best Build for Ranked Battle | Pokemon Sword and Shield」 with us!