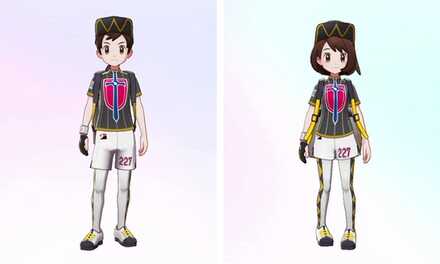 Pre order bonuses often sweeten the deal for games or DLC you've already decided to buy, or might even be the tipping point for some.

Here you can find all pre order and early purchase bonuses for the Isle of Armor expansion for Pokemon Sword and Shield.

You'll need to hurry if you want to buy the Expansion pack before the release of Isle of Armor, though you will still be able to get some bonuses even if you buy it after release.

For details on buying the DLC itself, you can check here:

All About the Expansion Pass DLC

The bad news is, there are no Pre-Order bonuses available for the Expansion Pack. The good news is you can get the Early-Purchase bonuses if you buy the DLCs before 7:59 AM (PDT) on Monday, August 31.

If you buy the Expansion Pass before 7:59 AM (PDT) August 31, you can get Leon's iconic crown cap and some sweet tights to match it!

Rock both for that complete "Champion" look!

Keep in mind that this outfit will not be available until The Isle of Armor DLC is released, so even if you've purchased the Expansion Pass ahead of time, you'll need to wait for the game to come out on June 17th. The window to claim this prize is fairly short, so don't miss out!

How to Get In-Game

How to Get In-Game

The awesome-looking Pikachu and Eevee uniform have no deadlines attached to them, but can be received as soon as you buy the Expansion Pass, regardless of when you do it.

Note: The code will be sent to the email tied to your Nintendo account, so check there if you bought the DLC but haven't gotten the uniforms yet! 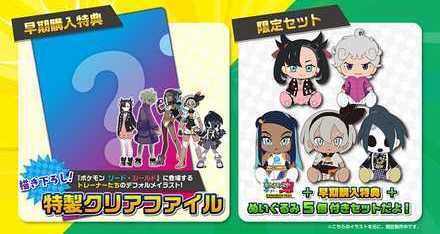 If you live in Japan or visited during the time they were available, you could get a limited plushie set when pre-ordering the Expansion pack directly at one of the Pokemon Centers.

In order for us to make the best articles possible, share your corrections, opinions, and thoughts about 「All Preorder and Early Purchase Bonuses for the Expansion Pack | Pokemon Sword and Shield」 with us!